Rep. Hanks files Request with Colorado AG’s Office to Investigate Dominion, whose Employees are Being Threatened 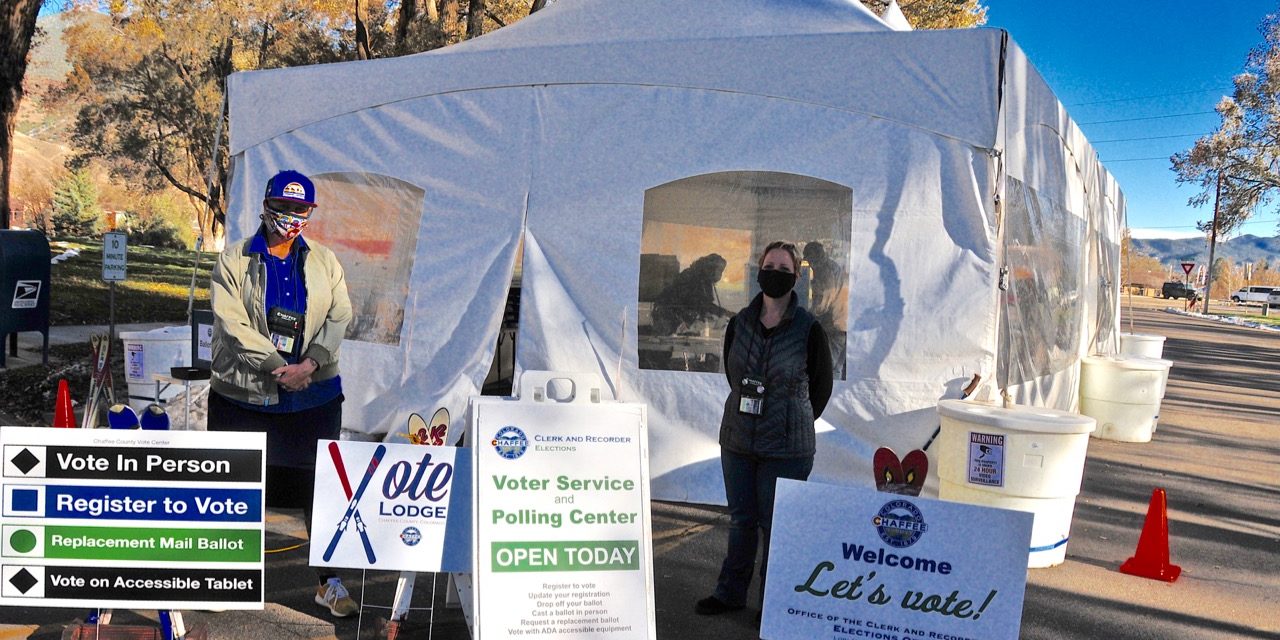 Just when you think the aftermath of the 2020 election can’t get any weirder, it does.

The latest entry involving the 2020 election to be attacked by presidential tweet is Dominion Voting Systems, which is based in Denver and Toronto, Canada.

Beginning Nov. 12, Donald Trump added it to his far-reaching grasping at straws campaign to remain in office. That the tweets have no basis in fact, that not a single instance of voter fraud has been uncovered …. that no votes were deleted, miscounted, or redirected … that election officials have had no complaints about the voting system, appears to be irrelevant to the president. He has continued to attack Dominion, its employees, and its voting systems because he does not like the results of the election, which was clearly won by president-elect Joe Biden.

In doing so, he appears to be part of the incitement of violence against one of his own constituents.  Highly-respected Dominion Voting Systems Director of Product and Security Dr. Eric Coomer, lives in Hanks’ Central Colorado District. 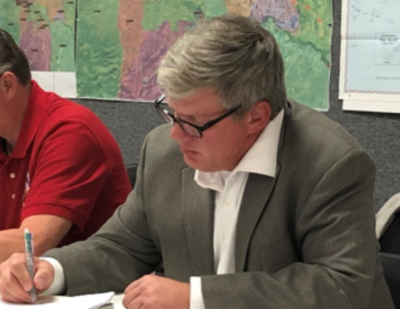 Coomer began to be harassed as soon as the president began tweeting about Dominion. He received threats of violence, had his personal information doxed, had his home, his truck, and his family members threatened. Then Trump supporters (whether right-wing militants, patriot groups, or other misguided individuals isn’t yet clear) announced that they had put a $1 million bounty on his head.

Needless to say, Coomer, who was in Chicago dealing with Dominion Voting Systems contracts when Trump began his dangerous tweets, is in hiding.

Coomer told the Associated Press that right after the president began making his unfounded accusations,  the “first death threats followed almost immediately.” He added, “It’s terrifying. I’ve worked in international elections in all sorts of post-conflict countries where election violence is real and people end up getting killed over it. And I feel that we’re on the verge of that.”

Hanks had a habit during the campaign of showing up at candidate forum events (at least in Chaffee County) wrapped in firearms and holsters. When called forward for a campaign message, Hanks — rather than any kind of speech — would grab hold of his guns for emphasis and say, “This is what I stand for,” and walk off the stage.

This tends to indicate that he’s for gun rights, and Republicans — and Trump — and not much else. Which leads back to the letter issued by Hanks.

“It is imperative that Colorado voters can be assured that our election systems are secure and conducted with complete integrity,” states Hanks’ letter. No argument there, except that the leader of the party is insisting, against all evidence to the contrary, that they aren’t secure and weren’t conducted with integrity.

Hanks’ letter arrives in conjunction with extensive social disinformation making what appear to be wild claims about Dominion Voting systems: 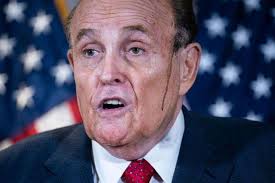 Hanks’ letter begins with this fact: “It has been reported that Colorado is among the many states using Dominion Voting Systems to conduct our state and local elections.”

This is true– Dominion Voting Systems are used in 62 of Colorado’s 64 counties. But they are not used in every state in the nation.

Hanks’ letter dissembles to strange claims of voting discrepancies based on “recent nationwide reports” casting doubt on the integrity and security of voting systems in many states. (He doesn’t say what, where, or how) No less than the Wall Street Journal has confirmed their reliability and cautioned that these attacks do real damage to our democracy.

“Our machines have no secret ‘vote flipping’ algorithm. We have no ties to dictator Hugo Chávez,” say Dominion officials.

Hanks added that “Colorado counties were forced to adopt these Dominion systems in 2015 under the order of then-Colorado Secretary of State Wayne Williams.” Williams happens to be a Republican, who in his job capacity selected updated software to handle Colorado elections. (What — you’d put that up to a vote? Like any of us know what County Clerk and Recorders need?)

Hanks went on to demand that former Secretary of State Wayne Williams explain his decision to require every county in Colorado to adopt Dominion Voting Systems. Colorado counties began to upgrade their voting platform to the Dominion system in 2015.

Nope: Pennsylvania and it’s Allegheny County (Pittsburg) that have received Trump attacks about the voting results do not use Dominion Voting Systems machines.

The list of accusations goes on, and the fact that the voting machine vendor is under attack by Hanks, who isn’t yet official, is angering the County Clerk and Recorders for the counties from which he was elected to serve.

This logo is the trademark of Dominion Voting Systems.

“We’ve heard all the stuff. It’s nonsense,” said Chaffee Clerk and Recorder Lori Mitchell.”It’s undermining our democracy and I think it need stop.”

“Colorado voters can vote in person or by mail, and there is a paper record of every vote cast. We know every day who has voted every day,” she added. “The voting systems are wonderful and we have wonderful workers who process the ballots, election judges who do the signature validation. It’s all public record.”

Dr. Coomer’s Colorado attorney (whose identity is being protected here due to the threats involved) told Ark Valley Voice on Friday, Dec. 4 that “”clearly, Dr. Coomer is being defamed, particularly by alt-right podcasters in Colorado Springs. Unfortunately, their false statements, which continue to morph into wilder accusations, were picked up nationally and have been repeated thousands of times”. 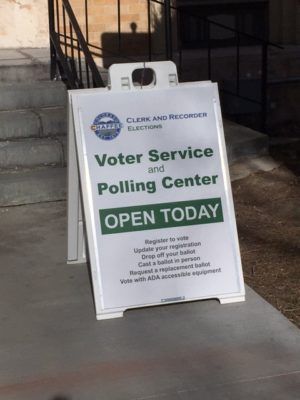 The defamation of Dominion and their brilliant Director of Product and Security begun by the president, has been picked up and magnified by entities ranging from run of the mill alt-right podcasters to the president’s lawyers Sidney Powell and Rudy Giuliani. To say this is dangerous is an understatement.

“When they began making more ridiculous accusations, he began to get more threats,” said Coomer’s attorney. “They are saying things like ‘He needs to be captured,’ he’s a traitor … it’s gone way too far! These guys are even threatening his elderly Dad. He’s a 30-plus year veteran with a bronze and a silver star from fighting in Vietnam and he’s getting hate mail.”

Coomer’s attorney went on to say, that given the current environment of right-wing militia groups and crowds of Trump supporters not accepting the results of our 2020 elections, and with counties like Chaffee with a high number of law enforcement officers who are members of the Chaffee Patriot’s group, neither he nor his client really knows who they can trust.

“We’re assembling direct evidence of this [defamation and threat situation] so we can deal with this in court.”

Coomer isn’t the only Dominion Voting System employee to be threatened. The young man cited by Georgia elections officials, who has received death threats complete with a noose  (reportedly a QAnon harassment campaign) while simply doing his job, is also a Dominion employee.