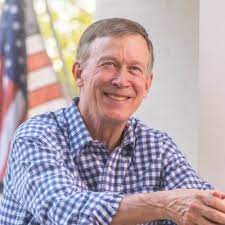 In a new right-wing era in which settled, Constitutional law has been overturned by a rogue Supreme Court, action that would have been unthinkable only a year ago is taking shape. After conservative justices overturned Roe v. Wade in the Dobbs decision, Justice Clarence Thomas signaled he wants the court to review decades-old rulings related to contraception, as well as same-sex marriage and inter-racial marriage.

U.S. Senator John Hickenlooper has joined more than half of the Senate Democratic caucus in introducing the Right to Contraception Act, which would codify the fundamental and constitutional right to contraception. The U.S. Supreme Court first recognized this right more than half a century ago in Griswold v. Connecticut.

“We should never sit by as the Supreme Court considers taking away a right to contraception. We must protect access to all reproductive health care,” said Hickenlooper.

The introduction follows Justice Clarence Thomas’ concurring opinion in Dobbs v. Jackson Women’s Health Organization — overturning Roe v. Wade — in which he urged the Court to reconsider its 1965 Griswold decision. Several states have already restricted access to contraception by cutting off public funding for it, defining abortion broadly enough to include contraception, and allowing health care providers to refuse to provide services related to contraception based on their own personal beliefs.

This is the fourth bill Hickenlooper has co-sponsored in the wake of the Supreme Court’s decision to overturn Roe v. Wade. He also supports the Women’s Health Protection Act, which would codify Roe v. Wade, guarantee abortion rights, and protect providers.