The Surf Hotel in Buena Vista has announced that the internationally acclaimed folk musicians Rising Appalachia and Colorado folk band Birds of Play will be the featured concert on the LAWN this Labor Day, Monday, September 5.

Rising Appalachia performed in the Ivy Ballroom to a nearly sold-out crowd in 2019. But this Labor Day weekend will be the band’s debut performance on The LAWN. The holiday concert will include two shows with the supporting band Birds of Play opening. 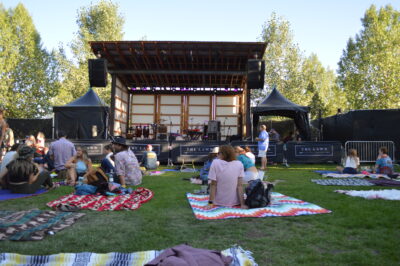 “We are so honored to welcome Rising Appalachia back to the Surf Hotel. These women put on an incredible show in the Ivy Ballroom in 2019 that certainly left the audience wanting more,” said Concert Communications & Marketing Manager Robin Vega. “The LAWN felt like a great fit for this second time around. A concert under the stars dancing barefoot in the grass just felt right.”

As world travelers for nearly two decades, Rising Appalachia have merged multiple global music influences with their own southern roots to create the inviting new folk album, Leylines. Remarkably the band has built its legion of listeners independently — a self-made success story that has led to major festival appearances and sold-out shows at venues across the country.

For more about Rising Appalachia: https://www.risingappalachia.com/ 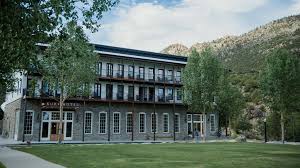 The Lawn is the performing arts park in front of the Surf Hotel, Buena Vista. CO. Image courtesy of Trip Advisor.

Colorado folk band Birds of Play have been described as “intrinsically, undeniably Colorado”. Members consist of Alex Paul, Eric Shedd, Anneke Dean, and Jack Tolan, who make up a musical collaboration of multi-instrumentalists performing genres consisting of blues, bluegrass, folk, and funk that leave their audience with all the feels and wanting more. For more about Birds of Play: https://birdsofplaymusic.com/home

Located in front of the Surf Hotel, on South Main Town Square, The LAWN is an acclaimed open-air venue surrounded by 360-degrees of stunning Colorado landscape. The LAWN, South Main’s newest venue, has become a popular attraction and beloved space for the community to gather during the summer to enjoy live music.

Vega says that guests are encouraged to kick off their shoes and dance the night away. Also boasting an elite sound system and stage lights, The LAWN offers artists and concertgoers an epic experience that is intimate, unique, and beautiful.