Harriet Alexander Field at Salida Airport needs further development and improvements to continue its growth and economic impact on Salida and Chaffee County. That’s the conclusion from developers and Airport Manager Zech Papp presented during this week’s Airport Advisory Board meeting.

The presenters explained the potential for expansion at the airfield, with improvements like a parallel taxiway extension and others are imperative if that expansion and growth can come to fruition.

Papp stressed that it’s important for the community to realize the combined economic benefits from the airport.  As examples, he stated it’s  a business hub; one that provides a vital base for local and state agencies fighting wildfires, income from landing fees, hangar rental, fuel sales and more.

“We’re kind of at a pivotal point,” Papp said, pointing to the need for more hangar space to lease, and long-range planning toward perhaps a new repair shop, an executive hangar or new terminal building.

“The question is what kind of airport do we want this airport to be and what services do we want to offer to pilots when they fly here?” He asked. After adding a self-serve fuel capability some time ago, Papp said local fuel sales tripled.

The committee members Wednesday voted to recommend approval of a land lease for a new hangar for Andrew Marks. The facility would be a 132 by 60-foot building, filling one of only three spaces left for potential hangar construction.

Developer Walt Harder and resident Don Dubin have some major expansions in mind at the field, including a desire to build a new executive hangar, possibly connecting with the current terminal facility, but said they need indications of local support. Papp said with the growth seen in the last six years, the airport needs local support from both city and county to see development in line with the airport master plan by 2025.

Developer Tim Glenn also spoke to the board with more questions about property restrictions in the important Airport Overlay Plan surrounding the airport. That overlay plan mandates certain building and activity restrictions within the overlay district due to safety and noise concerns.

“My goal is to make this airport successful and eventually self-sustaining,” Papp said, adding that getting local funding for a needed additional 1,500-foot taxiway is a priority.  With approval (and later reimbursement from the Federal Aviation Administration) plus additional hangar development, it would move the airport closer toward that goal.

Salida Airshow to Return in 2021 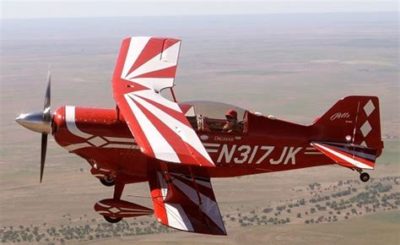 One popular community event discontinued in 2020 due to the COVID-19 pandemic, a Salida Airshow, will be returning to Harriet Alexander Field the morning of Saturday, June 26. It will include a community pancake breakfast starting 8:00 a.m., and high-energy aerobatic flying, skydiving demonstrations and vintage planes.

Planners expect  World War II models including a P-51 Mustang, SNB-5, Bird Dog, T-6 and others. There will be formation flights along with military jets including a French Fouga, British Prevost and a Czechoslovakian L-29.

Performers scheduled thus far include Don Nelson in his 400-horsepower Russian-built Sukhoi 26, and aerobatic champion Dagmar Kress flying a Pitts S-2C biplane. Helicopters, gyroplanes, drones, classic cars and other attractions will also be on hand.  Admission to the event will be free and gates open at 7:00 a.m.

The Salida Air Show event will coincide with the Salida Art Walk, also returning this year after a pandemic hiatus.