Salida Airport Near and Long-Term Projects Focus of Manager, Airport Advisory Board 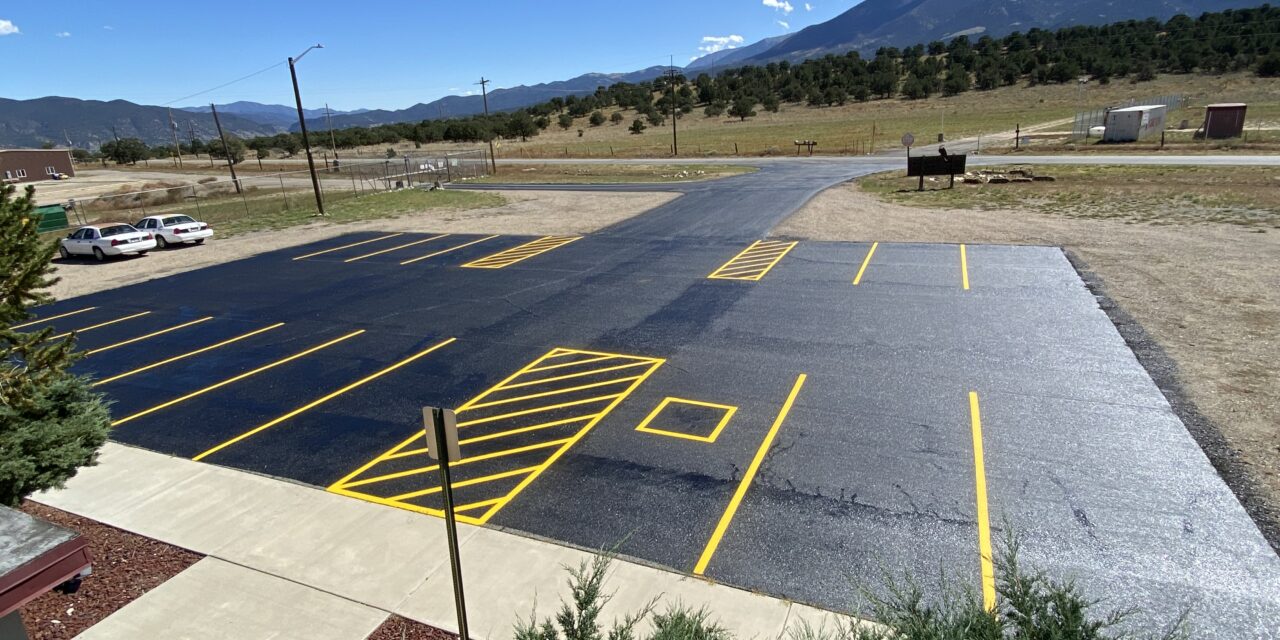 Improvements and expansion near and long term were on the agenda for the Harriet Alexander Field Airport Advisory Board on Thursday.

Airport Manager Zech Papp advised committee members that the 2023 budget will include finishing an update to the field’s automated weather observation system (AWOS) and a needed $185,000 expansion of the airport shop so all airport equipment can be stored and maintained there will be pushed out to next year. Papp noted that the availability and pricing of steel is a concern for such projects and future hangar construction. 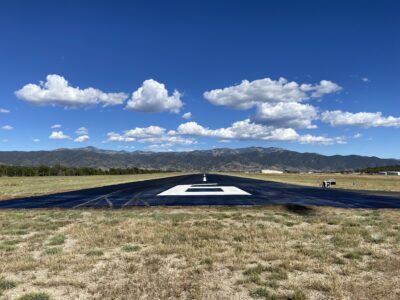 The Federal Aviation Administration monitored AWOS improvements will require an under-runway trench for the power supply and the FAA will require nothing taller than 10 inches 500 feet around the unit, and nothing taller than the wind sensor for 1,000 feet around it. That may require topping or removing some of the trees in the vicinity, Papp said.

Funded projects will also include paving access roads and other surfaces from the main gate to the water tower. One bid has been received for the project, which will include stormwater catch basins and other facilities.

Papp said with one employee’s retirement pending, he wants to hire another full-time person to maintain employee levels at two full-time and one part-time.

Papp said the current crack seal, striping, and paving project is nearly complete, despite some weather delays, and the firm involved,  American Road Maintenance, was set to finish a few details this week.

“Along with Seal Coating and filling the cracks on our runway, They painted all of the pavement markings on the airfield. They also crack-filled, seal coated, and re-striped the terminal parking lot. The Project went to bid in July of this year. The company American Road Maintenance was selected in August for the project,” Papp stated.

“This not only protects the asphalt and makes it last longer, it also helps in the winter the snow to melt on the black surface,” he added. 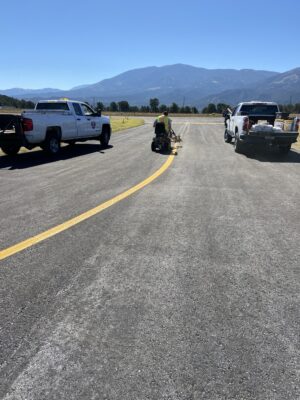 Expansion, he announced included 12.6 acres of land at the west end of the main runway that has been purchased. Future expansion to allow more hangar construction will focus on the airport’s east side.

One potential customer, Papp said, is interested in building 10 to 12 50-by-50-foot hangars in the future.

He outlined long-term projects, including a long-sought taxiway extension to eliminate planes having to taxi on the main runway. The Federal Capital Improvement Project program by the FAA will find Salida Airport receiving $400,000 as it does every four years under a revenue-sharing formula. Papp noted that the Colorado Department of Transportation will also fund an additional $500,000 for that project. He added that by showing agencies the current shared city and county funding for airport needs, it helped win approval for the additional funding for the taxiway project. Phase one of the taxiway expansion is earmarked for 2024.

Thanks to a recent sale of excess equipment by Denver International Airport, Papp said the airport was able to obtain a front-end loader and skid steer for $27,000. Two-thirds of that cost was funded by CDOT and $9,000 was funded locally.

Papp also said that despite higher prices, fuel sales were continuing at a near-record pace. Fuel sales have already  topped 50,000 gallons and are on track to exceed the 60,000 gallons sold during 2019, the year of the Decker fire.

The committee has plans for another public air show next year, probably scheduled around mid-September, with some planning and recruiting of performers already underway.