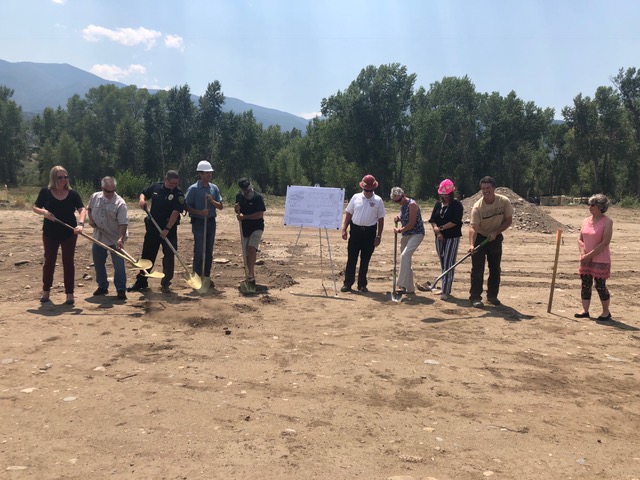 The Aug. 8 groundbreaking ceremony for the city of Salida’s much-anticipated multi-use facility at 8551 W. U.S. Highway 50 was a low-key event, taking place as groundbreakings do with dirt and shovels. But the long-awaited event signals a new era for the city.

“We all needed a secure place to work, and the idea for this project came about in 2014,” said Salida Fire Chief Doug Bess. “The fire department was in need of a building that would allow us to raise the cab on our fire apparatus to perform service and repair. It’s hard to do that on the street in front of the firehouse in January. So after speaking with then-Chief of Police Terry Clark and then-Public Works Director Bob Salmi, I discovered they had storage needs too.” 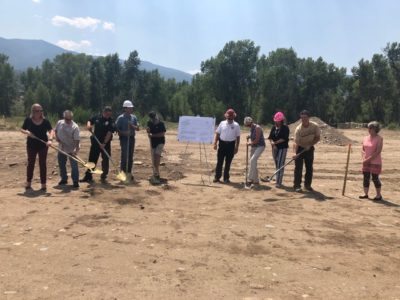 The storage needs are substantial. The Salida Police Department needed a secure evidence storage facility and space for bicycles. Public Works needed inside storage and a maintenance area. All three city of Salida departments needed a training facility.

The roughly $900,000 project recently received a $450,000 Department of Local Affairs (DOLA) grant that will match the city of Salida’s investment to cover the cost of construction. The city departments participated in the fund allocation.

“Over the last several years, the departments began budgeting funds annually to make this project happen,” said Bess. “Earlier this year we submitted an application to DOLA for what is called a Tier 2 grant request. It was for a matching grant. We presented it in person, in March in Golden; then in April we were notified that we would get our matching funds of $450,000.”

The preliminary project design and bidding for the project was handled by Sarah Whittington Architect. The design-build project will be constructed by LM Kersting Construction on the three-acre location, with completion projected for July 2019.