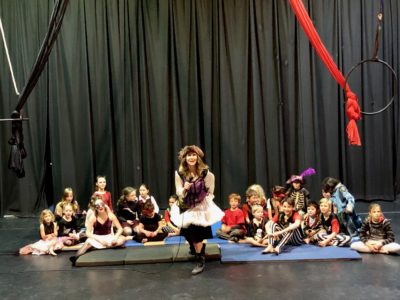 The Salida Circus hosted a New Year’s Camp from December 30 through January 3, 2020 and concluded the week long festivities with a performance at noon on January 3. The New Year’s Camp performance had a pirate theme, in which performers went through acts in a search for the “lost mermaid.”

Salida Circus Founder and CEO Jennifer Dempsey welcomed the audience to the award-winning circus performance by announcing, “The Salida Circus was awarded First Prize in the Parade of Lights.”

Dempsey continued, “We use circus to give [our youths] a sense of purpose, a community, to teach them discipline, teamwork, self-confidence, and healthy risk taking… our main goal is to make them better citizens of the world. We have been continuing on with this goal for nearly fourteen years now.” 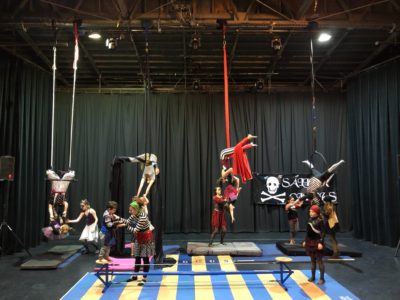 The Salida Circus performers encouraged audience participation, clapping and the taking of photography. The performers were awarded certificates of completing the New Year’s camp.

This camp is one of three camps that the Salida Circus puts on during the year. The next camp will take place in March, 2020 over the Spring Break week.