The recent hiring of Salida City Administrator Drew Nelson has generated strong reactions because of Nelson’s arrest Jan. 22 stemming from a domestic dispute that occurred in Winter Park, where Nelson served as town administrator for 10 years.

Nelson was charged with:

Following the incident, Nelson resigned from his position as town administrator.

When Nelson was selected as a finalist for the Salida city administrator position, he contacted local media outlets and disclosed the incident. He told Ark Valley Voice at the time, “My goal is to provide a foundation for my family and to protect my family.”

Salida Mayor P.T. Wood said Nelson “was very upfront about (the incident), he accepted responsibility, and he’s made a lot of effort to make amends. … I think it was (Councilman) Dan Shore who said, ‘Everybody makes a mistake, and a mistake shouldn’t be a life sentence.’”

Wood said council members all understood the potential for a negative reaction to Nelson’s hiring. “We feel like we did our due diligence. … What the council felt was that the skill set, the fit for the community, the fact that he has family in town, wanted to bring his kids here and have them in our schools, and his commitment to staying for the long haul were all things that were worth investing in.”

Nelson said the incident was “personal and private … . I accepted responsibility for my actions and have moved on. … I handed all of my business.”

He added, “I’m really excited about the ways in which I can offer what I believe to be a well-rounded skill set and experience level to the city of Salida and its citizens.”

That skill set includes Nelson’s role in bringing workforce housing to Winter Park. “We moved in 72 people in one day, Nelson said. “When you’re getting hugs from people that you know and that have gone through this experience of not being able to find adequate housing for them and their families – you’re getting hugs and tears of joy – that makes you feel like you’re really making a difference.”

Wood said the people Nelson worked with and interacted with in Winter Park, including the chief of police, “have nothing but the highest praise for him. … Folks there wish that he was still there working for them.”

Winter Park Town Attorney Kendra Carberry confirmed that sentiment, saying she thinks Nelson “was an excellent town manager in Winter Park. I worked with him for a lot of years, and he did a great job. I think Salida’s lucky to have him.”

Nelson acknowledged that the domestic incident was perhaps his “worst moment” but said he wants to define himself by how he reacts to that moment, which “has really been focused on improving myself, improving my relationship with my kids and trying to give back as much as I could to the local community in Winter Park.”

Giving back to the community included donating his time and expertise to the Granby Police Dept. and to a local water and sanitation district “for affordable housing purposes.”

Nelson also said he has “been in therapy” since the incident, which “is really helpful and healthy for everyone, and I strongly encourage anyone who’s got to deal with unique challenges in their life to engage in that. … At the end of the day, I want to show (my children) that you should own your mistakes, you should try to look for personal improvement that comes from that, and at the same time you should try to recover and move on.”

Nelson also said his family is “incredibly supportive. They’ve been there every step of the way, and they’re incredibly encouraged by this opportunity. The kids are excited, and I’m really looking forward to them engaging in all the activities here.”

Members of Nelson’s family “have lived here for 25 years,” he said, and additional family members lived here until recently. “I’ve been hanging around here for awhile with family. … I have a solid foundation here in Salida.”

Councilman Mike Bowers, who abstained when council voted to hire Nelson, declined to comment on the situation.

Mayor Pro Tem Cheryl Brown-Kovacic is in California with her daughter, “who just had surgery. That’s why I wasn’t at the meeting Tuesday night. It’s a little bit awkward because I haven’t been there.” She also said her phone died, and “it’ s just been (Thursday) since I’ve had communication. …

“I just want to urge people to talk to council members. It seems there is a good deal of conflicting information out there, some of which may not be up to date and accurate. At this point I think just improving communication on this and listening to people and figuring out how to resolve this is where we want to go.”

“I get it that folks want to understand my situation,” said Nelson, “and I’m willing to talk to people about it … and you can come and meet me. Reading a news article or reading a web post or reading a Facebook post doesn’t really give a good snapshot of the character of a person. … I want to meet everybody, I want to shake hands, I want to look people in the eye.”

“I think once folks get to know Drew,” said Mayor Wood, “they will agree that he was the right choice.”

Rachel Holder, executive director with The Alliance, submitted a letter to Salida City Council regarding the situation. The entire letter is available here.

While the domestic violence – felony menacing charge against Nelson was dismissed, many people’s reactions to Nelson’s hiring have focused on that charge, including the organizers of a protest scheduled for the next Salida City Council meeting Oct. 16.

Section 18-6-800.3 of the Colorado Revised Statutes defines domestic violence as “an act or threatened act of violence upon a person with whom the actor is or has been involved in an intimate relationship.”

“Menacing” places a domestic violence crime in the category of “threatened act of violence,” according to the “Colorado Criminal Law Guide.” Menacing is a class 3 misdemeanor, but it becomes a class 5 felony if the act involves a deadly weapon. The incident in question resulted in a felony menacing charge because it involved a firearm.

The original Sky-Hi News article reports Nelson was charged with “felony menacing, domestic violence, prohibited use of weapons and reckless endangerment.” The article’s imprecise legal terminology and misuse of punctuation creates the perception that Nelson was charged with a physical act of violence against his wife in addition to the charge of menacing.

In reality, under Colorado law, “domestic violence” defines the type of menacing in question. If law enforcement officers believed Nelson had physically attacked his wife, the charge would have been “domestic violence – assault.”

These distinctions in no way diminish the serious nature of the incident but are intended to provide a more accurate understanding of the relevant legal questions than what has been reported through other media outlets. 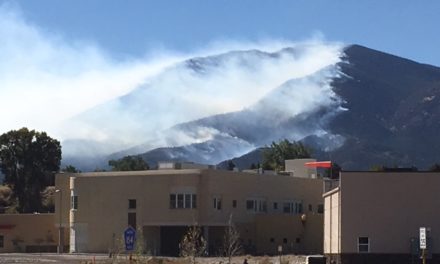 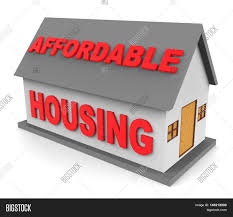 Truth Has a Voice Foundation Announces Community Discussion on Housing 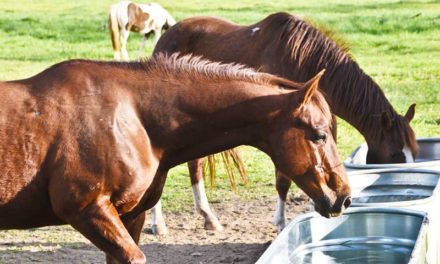 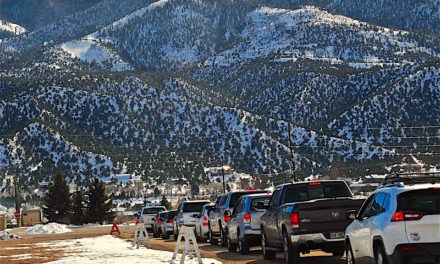