During the Salida City Council’s regular meeting on July 7, Salida City Council Approved on First Reading the rezoning and vacating of a section of East Crestone Ave; the first hurdles to be passed on the way to the construction of a multi-family workforce housing project.

During the Citizen Comment period preceding these presentations, five community members who had gathered outside, approached the podium individually to have their voices heard by the council.  Those speaking were all in opposition to the two ordinances.  Council also took into consideration a series of letters and emails (both for and against the proposal) as contained in the meeting packet.

Following this action, Council approved by the same margin, Ordinance 2020-11 (as amended) which would vacate a portion of East Crestone Avenue at its intersection with West Third Street. The council then set the public hearing and second reading for both measures for August 4, 2020.

As previously reported by Ark Valley Voice, both of these initial ordinances have been under much public scrutiny.

Rezoning and street vacation are only the first steps in the project approval process. These first two ordinances set the stage for a potential of five to six affordable housing units, proposed to be built by the Chaffee Housing Trust on the corner of East Crestone Avenue between West Third and M Streets. 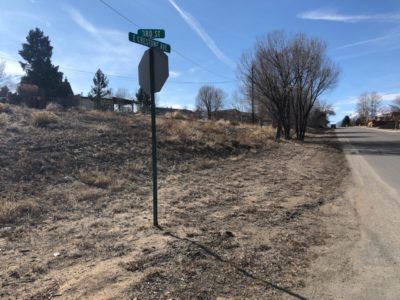 In the motion, as amended by City Council, any project derived from this rezoning and street vacation must be designated as an affordable housing project with the additional provision that existing road use would continue until project final approval.

The final provision at this stage (as suggested by the Salida Planning Commission) specifies roadway configuration “Option 2” for M Street, which slightly curves its layout to reduce the grade level and continue its use as a through street.