With no public comment or dissent and no immediate development plans for the site at this time, the annexation was approved and a public hearing is now set for September 6, 2022.

As discussed in detail at the City Council work session on July 18, the Council agreed to support the CHA as part of their intergovernmental agreement (IGA) while CHA’s Board works to develop final ballot language that will put a 3.5 mill ad valorem property tax question to voters on the November 8, 2022 election ballot.

In discussion, Council Member Critelli asked how the revenues from a successful adoption of the tax would be distributed. CHA Director Becky Gray said that the benefits would spread across the members of the IGA (currently only the county, Town of Buena Vista and City of Salida). Gray added that rent subsidies and down payment assistance could be made equitably.

She said however, that new public-private partnerships for development would need to be somewhat flexible and follow the opportunities that arise (though to Council Member Kasper’s question, she said that the county comprehensive plan would dictate that affordable housing be located within each municipality’s core service area.)

Kasper also asked “why not the fully allowable 5 mills?”  Gray responded that CHA wanted “to accomplish significant things but accomplish those things before asking for more revenue… an incremental approach…3.5 mills is less than what Colorado Mountain College receives and similar to the regional library district.”

“This methodology allows those second homeowners (whose homes are largely unoccupied most of the year and not made available for long term rentals) to participate” added Council Member Dominique Naccarato.

City Administrator Drew Nelson reminded the council that each of the municipalities has equal representation on the CHA board and that would help ensure equity and balance. After closing discussion, the motion passed unanimously. 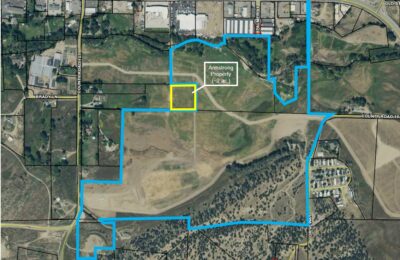 Following discussions that started in 2021, the City of Salida agreed in a previous Executive Session to negotiate the purchase of a 2-acre parcel from David and Kathleen Armstrong, adjacent to the city-owned 97.5-acre Vandaveer Ranch.

The agreed price is $175,000 and this key parcel will give the city land that might be used for recreation, trails and access to Vandaveer. While unbudgeted, the purchase did receive Finance Committee review and monies are expected to likely come from General Fund Reserves.

Council members readily approved the reappointment of local recreation enthusiast and foot-racing business owner Kristy Falcon to a two-year term on the Salida Parks, Recreation, Open Space, Trails (PROST) advisory board. Council Member Mike Pollock expressed thanks on behalf of the council to retiring board members, Lisa de Young and Amy Reed for many years of service to PROST.

The city will receive approximately $37,000 over 18 years directed to Chaffee County Public Health as the city’s share of the Colorado settlement. Mayor Shore is a member of the local council working on this IGA, noting that the city will exchange data with the state as to how the money will be spent. Currently this needs to be for prevention and treatment (and possibly an education/anti-stigma campaign). Kasper stated that this is “only a drop in the bucket”, but moved to accept the opt-in/local decision which was seconded by Council Member Jane Templeton.

Council Member Naccarato noted that GARNA will be receiving a donated observatory to be placed in a  “dark sky” area in the county.

Council Member Critelli expressed frustration about “feeling he was debating with a ghost” with certain petition signers on the topic of short term rentals (STRs). He strongly encouraged people to come see him at the weekly Farmers Market or at council meetings and “be a part of the public process [surrounding STRs].”

Mayor Shore reminded the public that the project to develop Vandaveer land is moving forward. However, he said that to bring infrastructure to the property costs between $5-10 million, and people need to be patient.

Treasurer Merrell Bergin reported that the city earned $115,354 in earnings and dividends during the second quarter on an investment portfolio of just under $13 million. While not highly rewarding financially, he said the city must first seek safety and liquidity, especially in these uncertain times.

Noting May’s sales tax collections, Bergin stated that revenues were down slightly for the city, but fully offset by Salida’s higher share of County taxes when compared with May 2021, and that total tax revenues were higher in May than the previous month of April for 2022.

Citing a June inflation rate of 9.1 percent (the highest since 1981), Bergin suggested that people may start to hold back on discretionary retail purchases while they deal with spikes in food and fuel costs. Retail sales are the predominant driver of sales taxes n Salida. Given that, the city is at this stage planning to budget conservatively for sales tax revenues in 2023. The Finance Director will be awaiting confirmation of any leveling off in growth rates, while watching the rest of the peak summer season and budget accordingly during August initial department budget reviews. 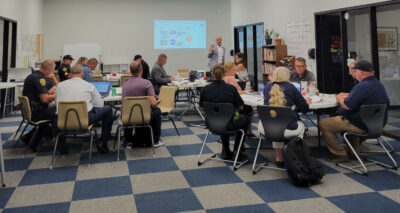 He said that in August another meeting will be held to welcome the three new Salida school principals and get everyone on the same page.