On April 20, the Salida City Council held a second reading and public hearing on a series of linked ordinances dealing with the Upchurch land parcel.  The major focus of a meeting running over four hours was a controversial proposed annexation by the city from Chaffee County. The first item was Ordinance 2021-05 which dealt with annexing the Upchurch tract of land and the second, Ordinance 2021-06 proposed the zoning of the annexed land as Medium Density or R-2.  The application also included a special request, not usually seen in these matters.

City Planner Bill Almquist explained “The annexor [Mr. Upchurch] requested one ‘guaranteed’ short-term rental (STR) license for his development to have for his own home that he intends to build. I believe his intent is to stay in it when he is here with his family and/or while building the rest of the development and to rent it out while he is out of state. This license would be granted sometime after potential subdivision approvals and upon receiving a Certificate of Occupancy (CO) for that unit (whenever that might be).”

He continued “It would not count towards the residential cap for STR licenses that we currently have, but it would count towards the one license per block-face limit. The annexor characterized this as the “trade” for targeting Chaffee County residents/workforce, specifically, for the six units he intends to build (anticipated to be three triplexes) as part of a future potential subdivision. The license would of course be subject to all the rules of any other [STR] license once issued.”

“Council kicked around the idea of putting a time limit onto the license (for up to 5 years) while he would be building out the development, but that motion was not seconded. They kept the condition to allow for issuance of the STR for the annexor’s unit, though,” he said.

After approving the annexation unanimously, Council then voted to approve the zoning of the annexation as Medium Density (R-2). Council Member Mike Pollock voted no on the ordinance while all other Council members voted in favor of it. During the public hearings many community members spoke both in favor of the ordinances and against. Two different petitions, for and against the project were presented.

Arguments for the annexation dealt with the need for affordable and inclusionary housing. A petition signed by 150 members of the public who were in favor of the ordinance was presented, with some sharing stories of their struggles to find housing in Salida and the county.

There was also a petition signed by 100 community members who live in the area who would be directly impacted by the Upchurch development. Many of these county residents expressed that they have received little voice in the annexation discussion and they oppose the annexation and proposed zoning. Opponents argued that the project was moving too fast and that the urban sprawl it would cause in this sensitive rural area would impact existing neighborhoods.

A misunderstanding quickly came to light. Those against the annexation zoning were characterized by some as not wanting affordable housing in the project. But many, if not most of the public who spoke out opposing the city’s ordinances said they are in favor of affordable and inclusionary housing. They felt that the proposed density of this development, right at the edge of the city, next to low density rural properties, would not help with this issue. Especially since only 12.5 percent of the units are required by current city ordinance to become permanently affordable units. 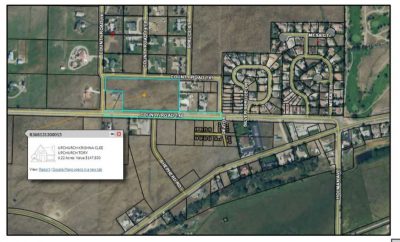 Heather Soderman, a 10-year Salida resident, spoke in favor of the annexation.

“We have a housing crisis on our hands and while this is not a solution, it’s a step in the right direction. I’ve had lots of jobs during my 10-year stint in Salida but I’m currently a social worker in a school while picking up shifts at a local restaurant. I didn’t know I would fall in love with this community when I moved here but it’s become my dream to own a home here. With wages that don’t match the cost of homes in this valley, this dream seems virtually impossible.”

“Aside from my personal impact, I see the housing crisis impact families I work with daily,” added Soderman. “The biggest issue facing families is not the lack of affordable housing but the lack of housing in general. The community I serve as a social worker is the population that keeps Salida afloat. I see them leave the area weekly to pursue housing opportunities in places where it’s more affordable. Our community is in need and it’s time to do something about it.”

She added, “I’m here on behalf of my service industry folk who couldn’t be here because they’re working, for my friends who have had to move out of the area and for all the families I work with who don’t know where they’ll go when their rental sells.”

Mark Harold was among several who spoke against the annexation.

“You’re going to hear me use the word “neighborhood” in my presentation more than once and I’m asking you to attach some conditions to this annexation; a request that results in the creation of an actual neighborhood, not just another high-density condo-type development,” said Harold. “You’re obviously aware that the residents of the neighboring properties are concerned about the proposed Upchurch development, but our concerns are based on more than the R-1, R-2 zoning designation but rather the character of the development that will occur on this parcel.” 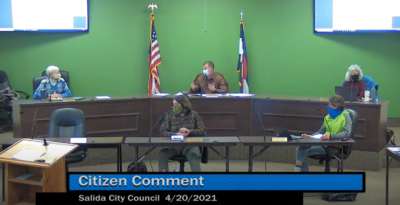 Following the first public hearing, Council discussed the annexation, voted to approve it then moved on to the discussion on the zoning of the annexed land.

Upchurch explained that he planned to set aside three triplexes that will first be marketed privately and only to county residents. This means that residents would have more of a chance to purchase these units before those who don’t already live in the community. He also explained that in addition, he donated the largest lot to the Chaffee Housing Trust, which plans to build the required 12.5 percent inclusionary units.

The developer of the future construction presented preliminary estimates of his per-unit costs (not sales prices) which appeared to surprise the public because they seemed higher than what is designated as locally affordable. It should be noted that both of these public hearings were solely about the annexation and zoning of this property; there is only a conceptual design at this stage.  All subsequent plans require full review and public hearings before considering approval of the number of units and types and a layout on the site.

During the Zoning portion of the public hearing, community member Danielle (Dani) Cook, spoke about her personal experience with finding housing in Salida. She explained “I first began searching for my home in 2019. I did not qualify for low-income housing and could not afford the $500,000-dollar price tag of Salida. Last year I purchased my first home for $250,000. It was on the market for eight hours before my offer was accepted all due to sheer luck, perseverance and a kind seller who wanted to see a first-time home buyer succeed.

“My full-time, year-round career is with U.S Forest Service. I am trails manager for Salida Ranger District. However, I still work an additional job to support the [kind of] adventurous lifestyle we all desire,” she added. “Business cannot hire staff because the staff cannot afford to live here. This includes 17 to 20 dollars an hour starting wages. This is not a minimum wages crisis in Salida, it’s a housing crisis. Not only the availability but specifically the bidding wars beyond.”

James Jacobson spoke on behalf of himself and his wife Sharon. The two have been residents of Salida for more than 50 years. “We strongly believe that this proposed development should only be approved by City Council as R-1 single-family residential, he said.  R-1 zoning is what has been recommended by the city, what has been recommended by the planning commission and that is what would be most compatible with the existing neighborhood. We believe there is no reason why high-density development should be intermixed among lower density subdivisions west of Salida.”

Jacobson went on to name the subdivisions in the area and point out that they are considered as low density. “We do not believe that these low-density developments were a mistake. Trying to mix high-density developments in low-density areas is poor planning and would be a big mistake for the city of Salida. We do agree that Salida needs more low-income housing and if the city or developer wants to include a higher percentage of inclusionary housing in that development, we have no problem with that if the remaining part is R-1 single-family residential.”

Those who opposed the R-2 zoning said they felt that the county did not fight for them on this issue. Many also voiced the fact that they have no issue with affordable and inclusionary housing but feel like this development will not fall into either of these categories.