At its regular meeting Oct. 2, Salida City Council passed Ordinance 2018-14, which amended the Salida Municipal Code to encourage construction of inclusionary housing for the local workforce, with Councilman Mike Bowers voting “No” and Councilman Rusty Granzella recusing himself.

The draft ordinance requires new annexations, planned developments, condominium plats of five or more units, and major and minor subdivisions to provide 12½ percent of the units as permanently affordable for households earning 80 percent or less of the area median income for Chaffee County.

Alternatively, the ordinance allows for developers to dedicate land for affordable housing; provide fewer affordable units for households earning 60 percent AMI or less; or pay an in-lieu fee on each non-restricted unit into a city fund to be used in support of affordable housing.

The ordinance also allows increased density in developments that include 100 percent of the required affordable housing units, delays collection of water and sewer development fees and requires a review in one year.

During the public hearing about the ordinance, Read McCulloch, Chaffee Housing Trust executive director, said, “We do know that voluntary programs have not worked across the country. … This is a solid first step, and it’s fair.”

Salida developer Tom Pokorny said he hasn’t always been a fan of inclusionary zoning, but “I like the greater sense of certainty and new incentives. … . I think where we are now, it’s a good compromise.”

City Councilman Dan Shore noted that council “can always do an amendment” to the ordinance and echoed McCulloch: “The private market hasn’t solved for this issue.”

Longtime local realtor and Chaffee County Planning Commissioner Karin Adams of Poncha Springs requested that city council delay the vote to ensure that people who own property with the potential to be annexed have an opportunity to weigh in.

Mayor P.T. Wood responded by noting that all annexations require negotiation and the city will ask for affordable housing as it has been doing for some time.

During the work session, Salida Community Development Director Glen Van Nimwegen said he had received an email from Chaffee County Planning Manager Jon Roorda on behalf of the county commissioners.

Van Nimwegen said the letter expressed concern that the proposed ordinance could have unintended consequences “that would work against our IGA (intergovernmental agreement) that we have with the county with the primary goal of forcing urban development towards the city.”

“There’s just several things in here that I have an interest in, let’s say,” said Dave Potts, who chairs the Chaffee County Board of Commissioners. “The fees, how they’re figured, the different formulas, I wasn’t able to get through them myself.”

Mayor Wood responded that the city has been asking for “some affordable housing in our annexations” and that the ordinance is intended to bring future development within city limits “in line with what we’ve been doing on annexations.”

Wood also said the city has added “a lot of carrots to help developers justify that affordable component. … We’re trying to put as many tools in our affordable housing toolbox as we can, and we think this is an important one.”

City Councilman Harald Kasper said the city has “been approached again and again by developers to be more clear with the guidelines. … That’s one of the intents.”

“I’ve had at least four contractors call me and say, ‘We’re going to be penalized now to annex and take advantage of the infrastructure in Salida,’” said Potts. “Can you tell me for sure what a minor subdivision is? What the trigger point is?”

Van Nimwegen responded that five lots or less is a minor subdivision.

“We have incorporated a number of comments (from developers),” said Wood. “We’ve sweetened the pot to the point where we think it’s a fair trade.”

Potts said the ordinance is aimed at people earning 80 percent of the area median income. “And I don’t know how anybody, on 80 percent AMI, which is about $40,000 for a single and $47,000 for a family of four, can even attempt to own a house in Chaffee County.”

Wood responded, “We have been working really closely with HPAC and the housing trust to … figure out what those numbers are, and I think the guidelines come right out of the housing needs assessment. That’s the best information that we have.”

Councilman Shore noted that two new projects in Salida are targeting 80 percent AMI and costing $900 per month in rent for an apartment and “approximately the same amount” for a monthly mortgage payment.

“We have had some success with our annexation of the Two Rivers project,” said Wood, “and Read (McCulloch)’s project that he put in there that has provided some housing for families.”

McCulloch said the units are two bedroom one bath, and Potts asked how many of the units have qualified buyers.

“We have an agreement with the city of Salida that we would sell four of them initially and hold four as rentals. We currently have three applicants with approved mortgages … and we have three more under way and a couple more in the wings. So we’ll sell all four of those units no problem.”

“I guess what worries me about this,” said Councilman Bowers, “is I’m hearing a lot of this since we started talking about this is 80 percent AMI, but … that doesn’t help the people that need jobs and are working here. We’ve got people that are driving as far as Moffat and Saguache and Leadville.”

Bowers said he thinks most working couples in need of housing earn a combined income of 40-41 percent AMI and that he prefers to work for affordable rentals. “I’m a little bit worried by this inclusionary deal, and I’ve been contacted by some of the realtors and some of the contractors. … They’re nervous about this and what it’s going to lock them into.”

County Commissioner Greg Felt said he has been contacted by constituents who have property adjacent to the city and likely to be annexed who are concerned about the additional fees.

Mayor Wood noted that unless property owners annex, they cannot subdivide smaller than 2 acres. “We feel that we should get some affordable housing out of that. That has been the ask that the city has been putting out on annexations.”

Developer and Chaffee County Planning Commissioner Rob Treat said he is concerned about the municipal service area. “The existing comp plan says to use incentives and not regulation. This is pretty regulatory to me.”

Treat expressed concerns about developers who might have a different vision than the city concerning property in the county that would be required to be annexed to receive city services. “I would like to see a little more thought put into it – with the county, with the city – on this ordinance. … “There’s several hundred acres of county property that could possibly be forced to annex in, and that’s my concern.”

Wood responded, “If you’re annexing in, we’re going to have a negotiation … and we’re going ask you for affordable housing. And if you don’t want to do that and you’re going to do a 40-acre high-end development … we’re going to negotiate some money out of you and extract some benefit for the city as well because … that puts a strain on the city.”

Critelli noted that the conversation about the ordinance started in March.

Wood also said that inclusionary housing was previously a part of the Salida Municipal Code but was dropped in 2008 because of the economic downturn. “Now it needs to be put back in.” His closing comments included a request to have more joint sessions with the county commissioners on other important issues. 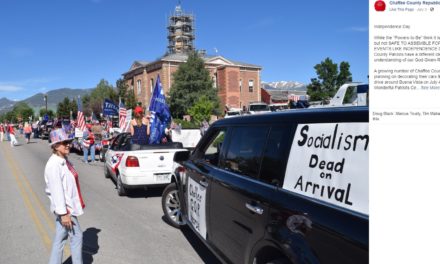 Chaffee GOP Selects Third Group of Leaders in a Year, as State GOP Decides Whether to Hold a 2022 Primary 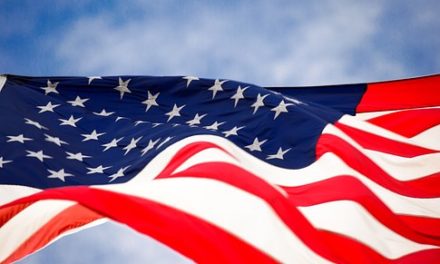 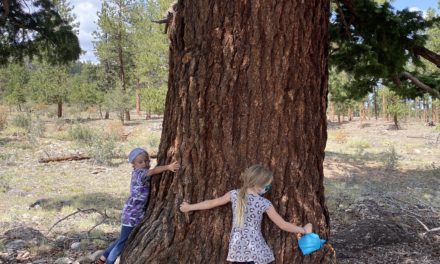 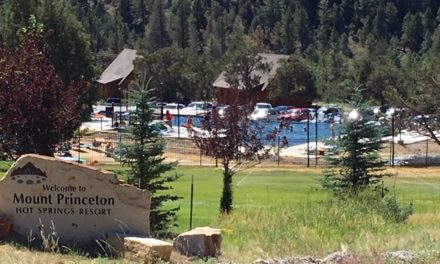