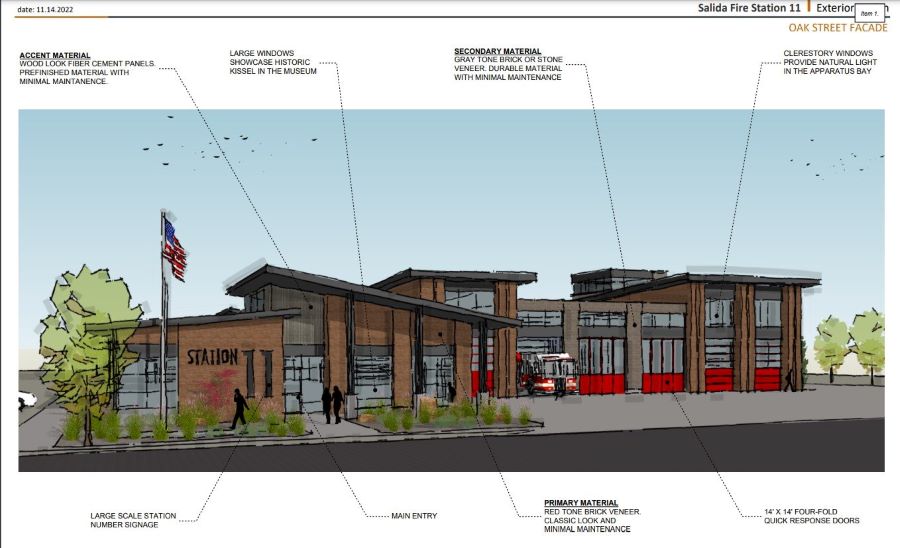 The Salida City Council will conduct a work session at 6:00 p.m. on Monday, Nov. 14 in City Council Chambers.

The team from Neenan Archistruction will show documents that reflect continuing dialogue from all the stakeholders and consideration of design options gathered since the all-day Collaborative Design Process (CDP) held on June 30.

The complete packet (including large-scale concept drawings/visuals) is here.

At the June session, the leadership of the Salida Fire Department, plus firefighters and other first responders met together with representatives from all key city departments. With input from elected officials, an agreement was reached on the “Conditions of Satisfaction” (COS) for the project. These addressed the key design and functional elements for an energy-efficient, safe, productive, and comfortable live/work space. On the same day, the team compared the merits of two different design paths – a one-story or a two-story facility. 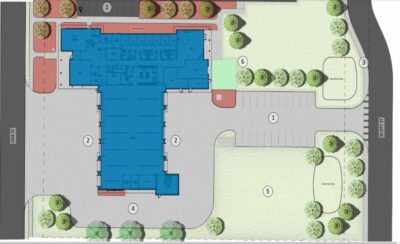 Since June 30, the team has moved towards a one-story design, running between Oak Street and Scott Street with landscaping around the perimeter. A large training room is proposed for both department and public use and all elements strive to achieve the latest in fire station “best practices”.

Private bunk rooms are intended to promote better rest and recovery while a locker/gear laundry area provides a safe transition and decontamination area before returning to the “clean” living zone.

An equipment bay with maintenance spaces, storage, and a hose tower “tees” off at right angles from the center of the live/work quarters. Large, clerestory windows bring daylight into the equipment bay, reducing energy costs. The tall hose tower will allow firefighters to dry and maintain their hoses as well as perform on-site training, reducing travel costs to other facilities. 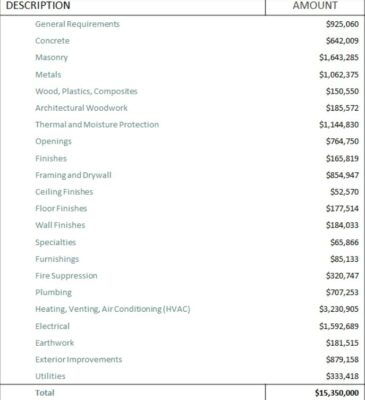 The process also has included an exhaustive review of each of the major “divisions” (cost elements). Big ticket items among the 33 divisions include: Heating, Venting Airconditioning (HVAC), Electrical, Masonry, Metals, and Thermal/Moisture Protection. These account for some 57 percent of the current estimated cost.

With a placeholder estimate of $15 million in the adopted 2023 annual budget, the team says that it has worked hard to approach an aggressive target given today’s spiraling construction costs.

Some of the HVAC elements include:

The work session on Nov. 14 will give elected officials their first look at the total package of design and cost and a chance to provide guidance on any other constraints or other aesthetic trade-offs that might minimize functional impacts on the users.

Timeline and Next Steps

Assuming that the feedback received can be incorporated rapidly and that a future council meeting formally approves the design and refined cost estimates, Neenan has provided a timeline for the project as shown here.

Procurement of critical, long-lead items is proposed to begin by December, well in advance of construction with the latter beginning in March, 2023. Move-in is currently estimated for April, 2024 – dependent on construction start dates, weather, supply chain logistics, and other variables.

An additional review with the city’s finance advisors, Ehlers-Inc., can be used to refine projected funding needs, estimated debt service, and timing.

Work Session meetings are open to the public and participants may choose to attend in person at 448 East First Street, Room 190 or participate virtually via GoToMeeting. To attend the Work Session live, please register at the following link. After registering, you will receive a confirmation email containing information about joining the webinar.

Work Sessions and Council meetings are recorded and may also be watched in real-time on the City of Salida YouTube Channel.