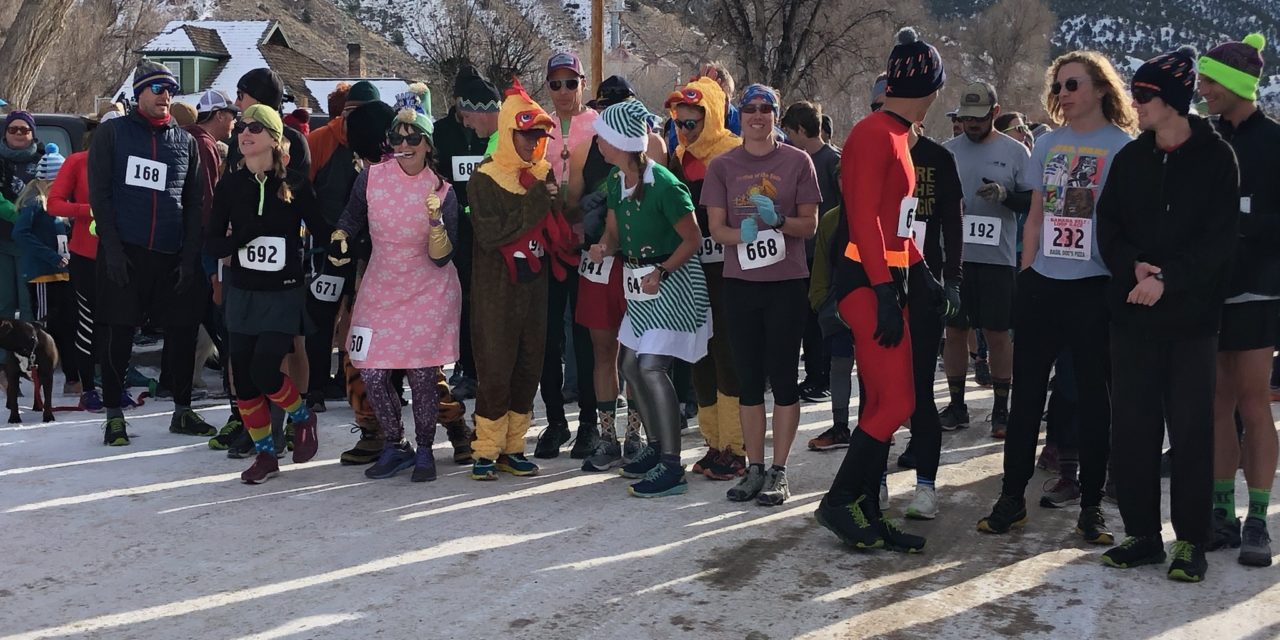 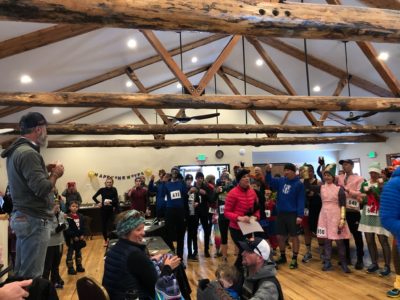 This morning, Wednesday, January 1, the Salida community woke up to a new year and started the day with another annual tradition, the New Year’s Day 5K Run. Registration for the race began at 9 a.m. in the Scout Hut. People arrived at the Scout Hut bundled up, dressed in costumes, and smiles expressed their excitement for the race.

Before the runners gathered at the starting line, Mayor P.T. Wood addressed the group and toasted the community into the new year with little cups of sparkling cider.

Runners then began to congregate outside, some stretching and chanting before taking their place at the starting line. The race began at 10 a.m. taking off down Sackett St. 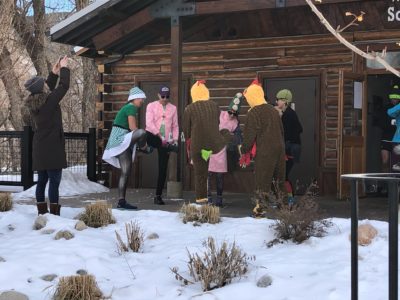 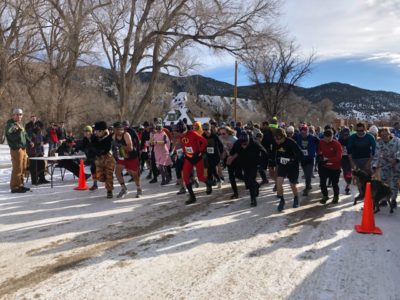