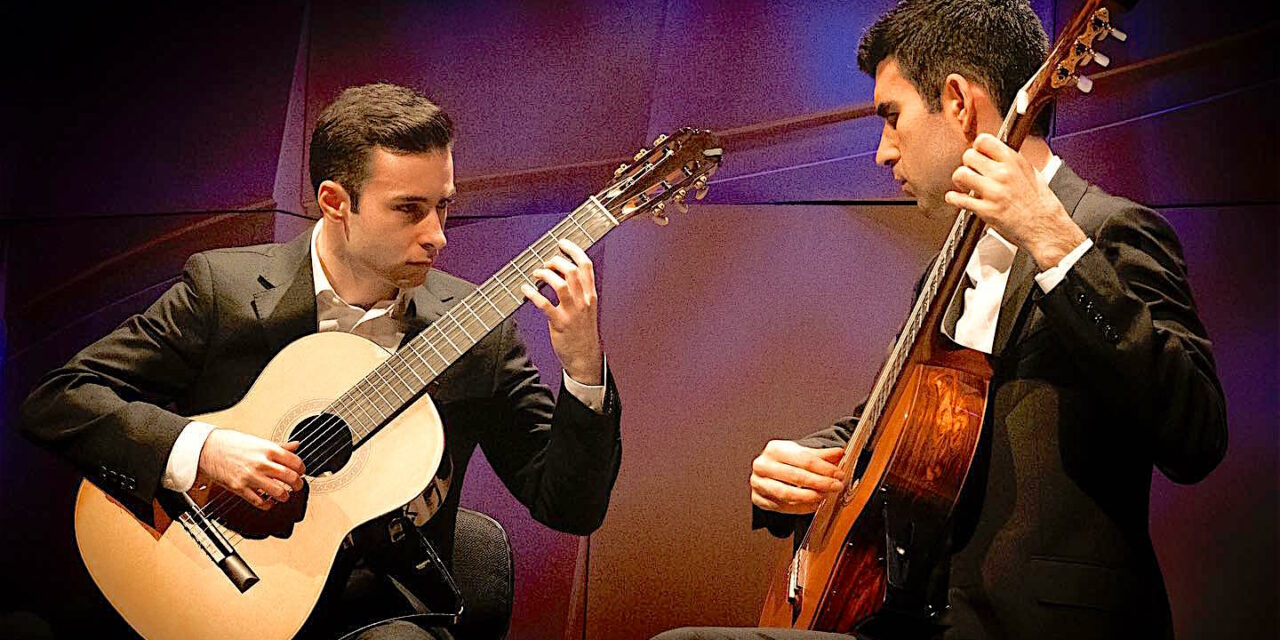 The Johnston brothers will be performing a broad range of musical styles. Included will be works by Rodrigo, Granados, Debussy, Phillip Houghton, Andrew York, and the Beatles, among others, as part of the 46th Annual Salida Aspen Summer Concert Series, made possible by Salida Concerts, Inc., and the Aspen Music Festival and School.

Doors open at 6:30 p.m. and this concert will feature a pre-concert talk at 6:45 p.m. and include a brief intermission.

Ziggy and Miles are from Melbourne, Australia, and both graduated from The Juilliard School, each earning a Masters in Music degree.  They have collectively received more than 50 awards for their artistry and have played in New York, Aspen and New Zealand, in addition to numerous venues in their own native Australia.

They have also performed in facilities for the aged, community centers, medical facilities and psychiatric units during their two-week Music Always tour.  In 2019 they performed in the Melbourne Recital Centre’s Local Heroes chamber music concert series and were the youngest artists to be featured in that prestigious series.

The Johnson brothers will be performing Tonadilla by Spanish composer Joaquín Rodrigo, Debussy’s Clair de Lune, and Valses Poéticos by Enrique Granados, as well as more modern works by Andrew York (Evening Dance), Phillip Houghton (Three  Duets), Leonard Grigoryan (Distance), Nigel Westlake (Songs from the Forest) and the Beatles (The Fool on the Hill). Watch a video clip of the contemporary piece “Mantis and the Moon” by Phillip Houghton here.

Tickets are $25 and may be purchased in advance online or at the door.  Students in grades K-12 are admitted for free, and an accompanying adult may purchase one discounted ticket for half price.  To reserve student and accompanying adult tickets, email info@salidaconcerts.org.

This concert is generously sponsored by Randy Canney, Esq., Attorney at Law.