Monday night, Sept. 16, the Salida City Council met for a joint work session with the Planning Commission for a conceptual review of the proposed 6906 Vandaveer Ranch Road project. The conceptual overview consists of annexation, zoning and site plan approvals. This first step met with generally favorable comments by council members and planning commissioners. 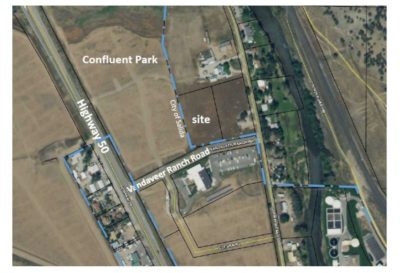 Photo from Sept. 16 City Council Packet for the 6906 Project.

The roughly two-acre pocket neighborhood (which at this point is still Chaffee County land not yet annexed to Salida) would allow for a 32 rental unit development. Four of the 32 units must adhere to the city’s inclusionary housing provisions and be maintained as affordable housing.

The floor plans for the one- and two-bedroom units will be the same for all the units in the project.

Salida City Council members showed an interest in how this pocket neighborhood fit into the neighborhood. Developers Joe and Paige Judd and their representative, Joe DeLuca responded to questions about the proposed project’s layout and landscaping, access to trails and the potential of interconnections from the neighborhood to pedestrian trails and adjoining neighborhoods.

Beginning at 6 p.m. Sept. 17, the Salida City Council meets for their regular session in the Touber Building. On the agenda, a continuation of the conversation over  Resolution 2019-46, which, if approved, would declare the 6906 LLC annexation in substantial compliance with City Ordinances and State Statutes. It is expected that a public hearing on the matter will be set for Nov. 5.