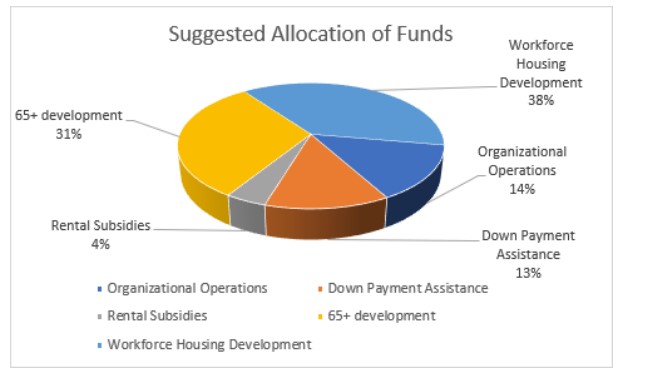 The Salida City Council will hold its next work session at 6:00 p.m. on Monday April 4 in City Council Chambers at the Touber Building. Two topics, related to housing, continue the momentum building for actions critical to expanding housing availability for the local workforce, seniors and households. 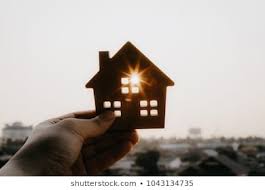 The first agenda item looks to significantly accelerate the affordability of housing.  Becky Gray, Director of the Chaffee Housing Authority (CHA) will detail options for funding the CHA plus their housing development and construction efforts, first introduced to the county and municipalities at the Mar. 30 intergovernmental meeting.

The current budget for the CHA is $300,000, provided by combination of grants and contributions from three member jurisdictions.   Based on analysis of local housing needs, as well as how organizations like CHA have been able to leverage funding, the estimated need is in the $2 million – $4 million range.  It is clear to the CHA that this gap cannot be closed by local government, general/housing funds alone.

The most expensive and impactful part of the CHA agenda is housing development. The key to success will be an ability for the CHA to raise enough funds by partnering with others to produce the needed housing units. Given the lack of availability of raw land, CHA believes it must seek public-private partnerships, in which CHA subsidizes construction or conversion of units in exchange for permanent affordability.

Gray will share a taxation analysis, presenting options that could  generate between $1 million and $2.73 million annually.  Details are in the work session packet on pages 7-10. For discussion are ideas such as a property tax, a sales tax increase or short term rental user tax/fees.  For each option, the CHA will show the pros and cons and potential impacts/benefits.  These include an estimated number of new housing units receiving a direct construction subsidy averaging $20,000 per unit, households receiving a down payment assistance, and households receiving short term rental assistance.

CHA acknowledges that each option impacts different groups in different ways.  A property tax spreads the burden across the whole community of property owners, a sales tax incudes those who do not currently own property (plus visitors), while a short term rental option falls solely on visitors.  The CHA is seeking guidance from Salida City Council (and from all the local government entities) on the best approach.  The outcome of these discussions will inform the language of a possible ballot issue this fall.

The second agenda topic related to housing will be an update on Temporary Housing and Safe Space Options for Spring/Summer/Fall 2022. The City has recently received requests from parts of the community to create a “safe space” campground for the local workforce during the upcoming prime tourist season.  While recognized as a critical need, further research reveals some significant obstacles to making this happen.  Community Development Director Bill Almquist and City Administrator Drew Nelson will provide both a reality check as well as some creative options for Council to consider and seek their guidance on how to assist our seasonal workers. 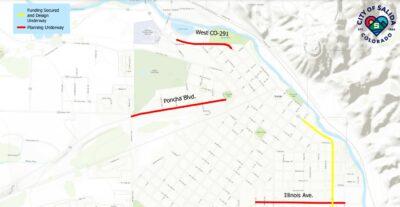 Also of interest is an update from Salida Public Works Director David Lady regarding Street Project Capital Planning. While routine asphalt, sidewalk, and concrete maintenance projects are proposed to be consistent with prior years, the City anticipates other major project opportunities as well.

These may become feasible due to grant and federal infrastructure funding in the near future. Concept level site plans and cost estimates have been developed for these, planned several years out and some projects are shovel-ready.

These projects include improvements for:

1. CO-291 (West Gateway from Marvin Park to the hospital campus)

As cost and grant results are gathered, Public Works will continue to update Council and help inform the upcoming Capital Budget cycle.

Those desiring to listen in real time are encouraged to register early for the City Council Work Session.

After registering, a confirmation email containing information about joining the webinar will be sent.