After a two-year hiatus, Earth Day will be celebrated once again in Salida on Friday, April 22 as the signature event of the Central Colorado Climate Coalition (CCCC).

The event will feature the popular Parade of the Species through downtown to Riverside Park, along with music, community partner booths, speakers, displays, and food and refreshments. 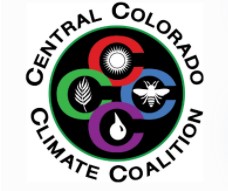 Earth Day, established in 1970, seeks to celebrate our planet and raise awareness of the environmental challenges facing it, along with suggested programs and strategies to counter the effects of climate change and build a more resilient local community.

The parade units will organize at Alpine Park beginning at 11:30 a.m. and kick-off at 12:00 noon, marching down F Street to Riverside Park. Further details are to be announced in the near future.

Community groups who would like to take part in the parade and Earth Day celebration with information booths, educational demonstrations and activities should register on CCCC’s webpage.