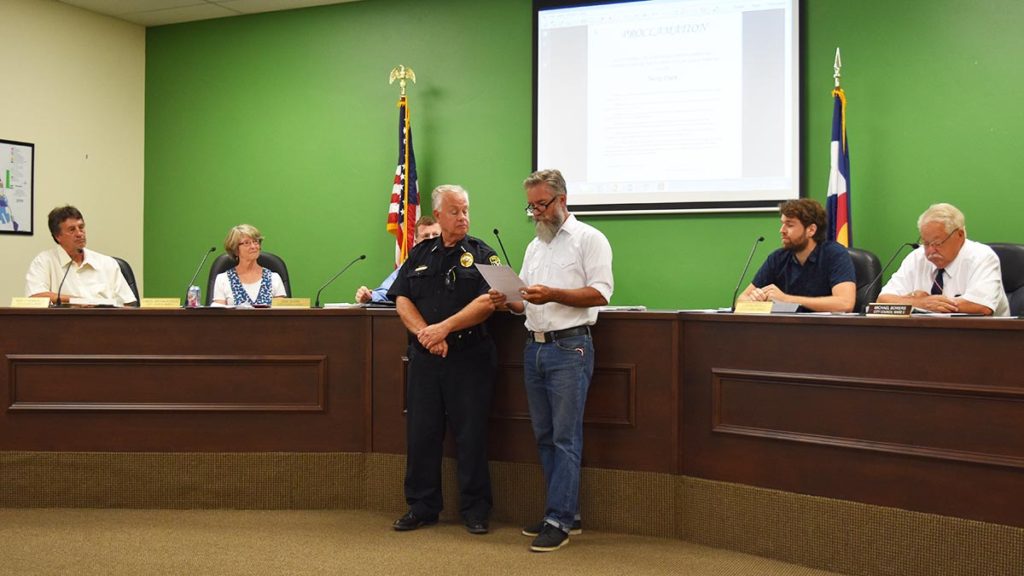 The proclamation ‒ read by Wood at the Tuesday, July 3, city council meeting ‒ recognizes Clark’s “exceptional service, distinguished career and commitment to public safety in protection and service to the residents, families and businesses of Salida.” 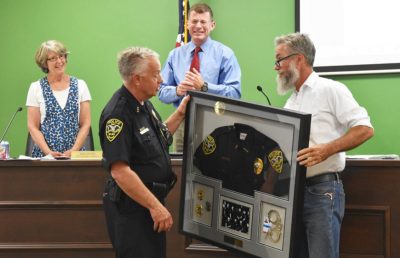 Mayor Wood presents Chief Clark with a gift from Clark’s fellow police officers in recognition of Clark’s service to the community and the Salida Police Department. City council members Cheryl Brown-Kovacic and Dan Shore enjoy the presentation from the dais.

Wood also presented Clark with “a little something your team put together for you,” including a uniform, badges, handcuffs and a photo mounted behind glass and framed for display.

Clark responded with gratitude. “I’ve had a great career with the city,” Clark said. “I’ve worked with a lot of great people … I’ve made a lot of friendships within the community. I will say that the police staff that you’ve got right now is as good as any I’ve worked with.”

Clark commended city council for their choice of Russ Johnson as the new chief and praised the department heads and members of city staff: “They’re … a great bunch, and they function well as a team.”

“I’ve enjoyed the 32 years, and … I’ll miss working with the people of the community,” Clark said to a standing ovation.