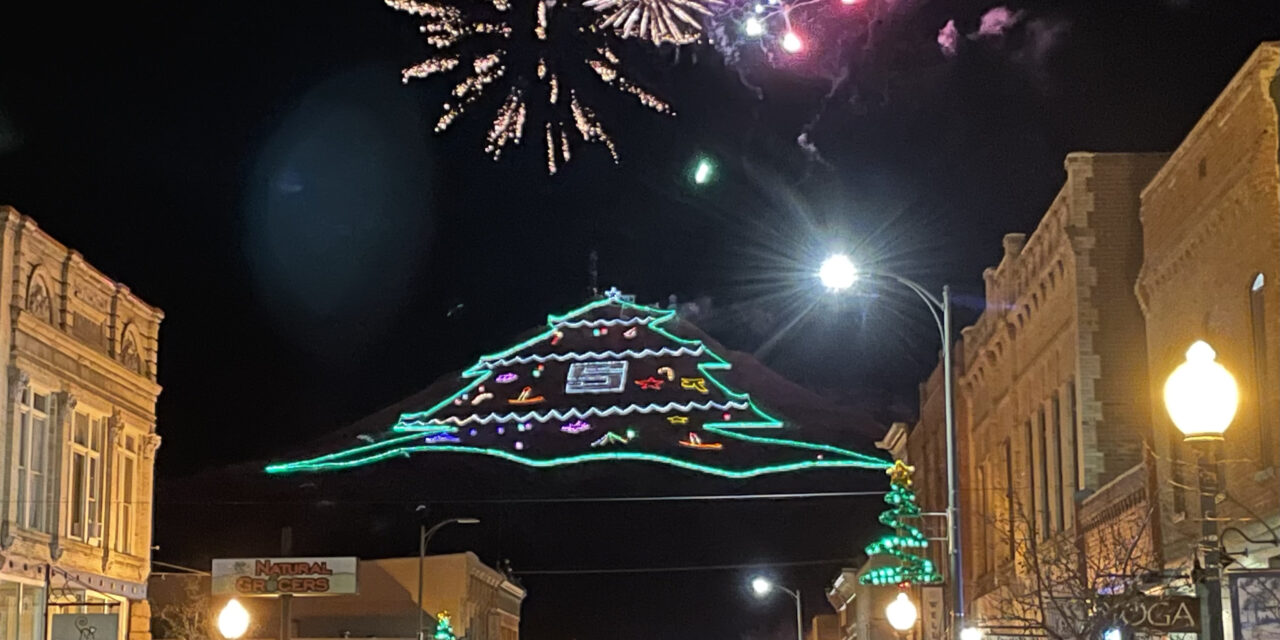 Warm weather and a longing for a more normal holiday than last year appear to have brought out the crowds on Friday evening, Nov. 26 for  Salida’s beloved kick-off to Christmas. 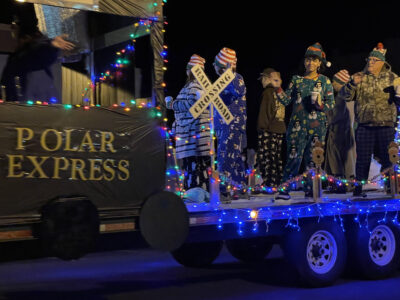 The Polar Express was a popular theme, enjoyed by the crowd. Photo by Michelle Pujol.

This home-town celebration is several events in one: the community Parade of Lights, the lighting of Christmas Mountain, and fireworks.

This year, the lighting of S Mountain in its annual transition into the nationally-known “Christmas Mountain U.S.A.” was particularly well-done, and many thought it had more lighted “ornaments. The “tree” that lights up the mountain can be seen for miles, even from U.S. 285.

“It looks like there are a lot more lights and ornaments on the mountain this year,” said one attendee. “Guess we’re making up for last year — and the fireworks are great!” 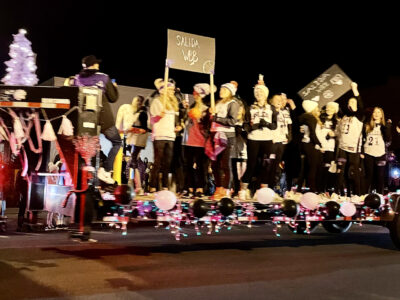 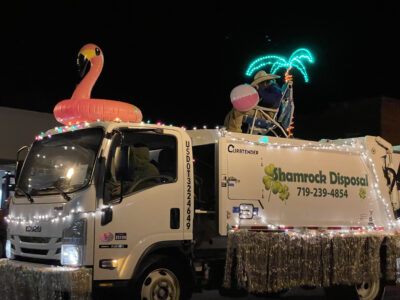 A tropical heatwave Rio theme “floated” along the parade route.

There was a joyful entourage of the Salida Circus, a fabulously-lit garbage disposal truck complete with Oscar the grouch, and an entire  Arkansas River, love-of-fishing float, with fishies “swimming” alongside. 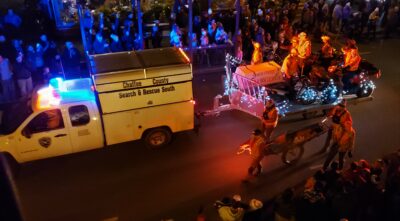 The good-natured crowd waved and applauded, and the Chaffee County Search and Rescue Crew, as well as Monarch Mountain, got cheers too.

The parade culminated with Santa on the top of a Salida Fire Truck, who regaled the crowd near parade-end at F St. and Sackett with “The Night Before Christmas” before the countdown to the lighting of the mountain, followed by several minutes of fireworks.

“This all puts what Castle Rock does to shame,” commented one young parade-and fireworks-watcher from out-of-town. “This is really good. In Castle Rock, they just light a star.”

The crowds were expected this year for this popular community tradition after the COVID-19 pandemic put a damper on last year’s festivities.  Although there are no official crowd estimates, F Street was packed for several blocks with several thousand largely good-natured people that included both locals and visiting family and friends.  The sidewalks were packed, and the throng was dense at the crowded intersection at the 90-degree turn onto Sackett at the edge of Riverside Park. 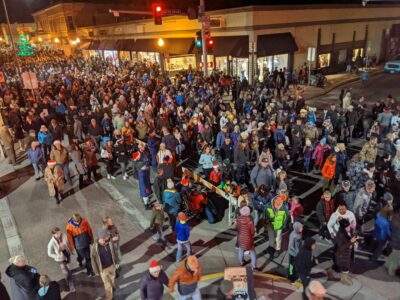 A massive crowd surged into F St. at the conclusion of the Salida Parade of Lights to see the lighting of Christmas Mountain U.S.A. AVV file photo.

It could be pointed out that the crush of the parade crowd probably had a not-cautious-enough approach to the recent COVID surge, not just in Colorado, but Chaffee County. The county has had its highest COVID case rates of the entire pandemic in just the past three weeks.

Now that a new COVID variant – the Omicron variant has been detected in several countries around the world, it would seem only a matter of time before it reaches Chaffee County.

This raises the possibility that the current surge may grow larger in 10 days or so. Chaffee County Public Health and local government put up signage throughout downtown Salida asking people to mask up and keep social distance — but while that behavior was evident during the sunny afternoon in the strolling Christmas tree walk in Riverside Park, it was mostly absent from the parade route. 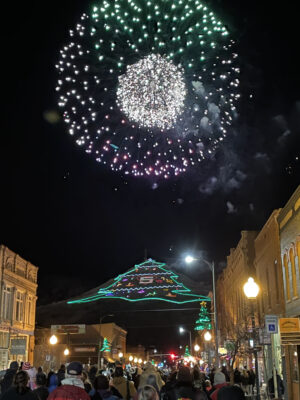 The crowd expressed appreciation for the quality of the fireworks at the Friday night celebration at the end of the Parade of Lights. Photo by Michelle Pujol. 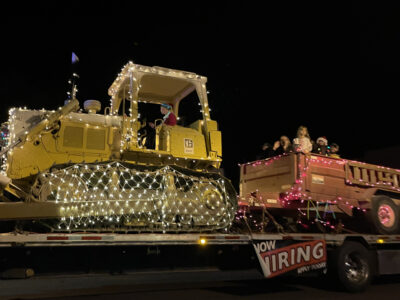 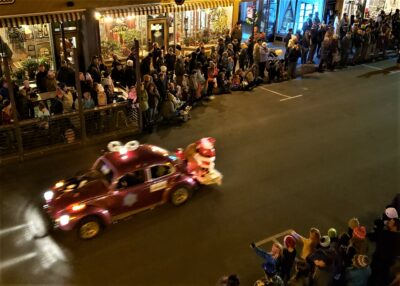 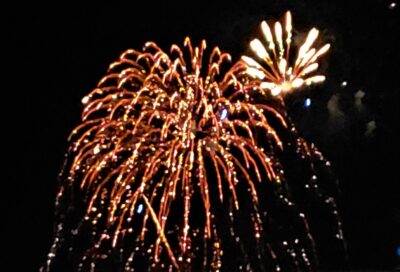 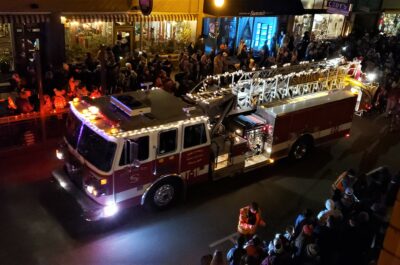 Santa clings to the rear of the Salida T-1 ladder truck ready to light up Christmas Mountain. Merrell Bergin photo