The Salida Police Department is asking for public assistance in locating Curtis William White in connection with a false 911 emergency call leading to the events of Oct. 23. A warrant for false reporting has been issued for White, in addition to two existing warrants, including a warrant for felony dangerous drug charges. 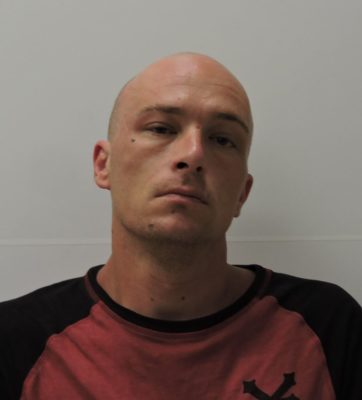 A warrant was issued for Curtis William White, who is suspected as the 911 caller in the Oct. 23 Walmart theft incident. (Photo courtesy of Salida Police Department)

The Oct. 23 events to which the Salida Police Department is referring involve a situation where Salida Police Officers were dispatched to Walmart for a reported theft. Upon arrival, the officers discovered the store loss prevention team had chased a male subject out of the store, and the subject was headed toward the Monarch Spur Trail.

Officers arrived in the area and began searching for the suspect.  During the search, officers received a 911 call from 610 Walnut St. The caller said that there was a white male at the residence in possession of a gun. As the communications center began to ask questions, the caller hung up.

Officers immediately cleared the Walmart call and responded to 610 Walnut St. When officers arrived, they made contact with several of the residents in the area.

However, as the officers continued to investigate the 911 call, the communication center ran a trace on where the 911 phone call originated. Later it was found that the call was placed from the Monarch Spur Trail area.

To view the previous Ark Valley Voice story about the incident, follow this link to the Walmart theft incident.