The Salida Police Department is searching for a man wanted on multiple nationwide warrants, including first-degree murder. According to police, 47-year-old Daniel Egan has an extensive criminal history and should be considered armed and dangerous, 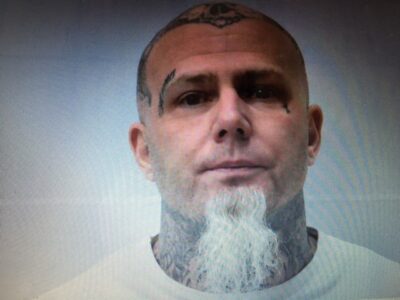 Daniel Egan is wanted by the Salida Police Department on several national warrants, including first-degree murder.

He’s wanted for the following charges:

Egan is described as having a shaved head, a gray goatee, and is heavily tattooed,  on his head, face, neck, arms, and hands. The same letters “Anna” are tattooed above his right eye.