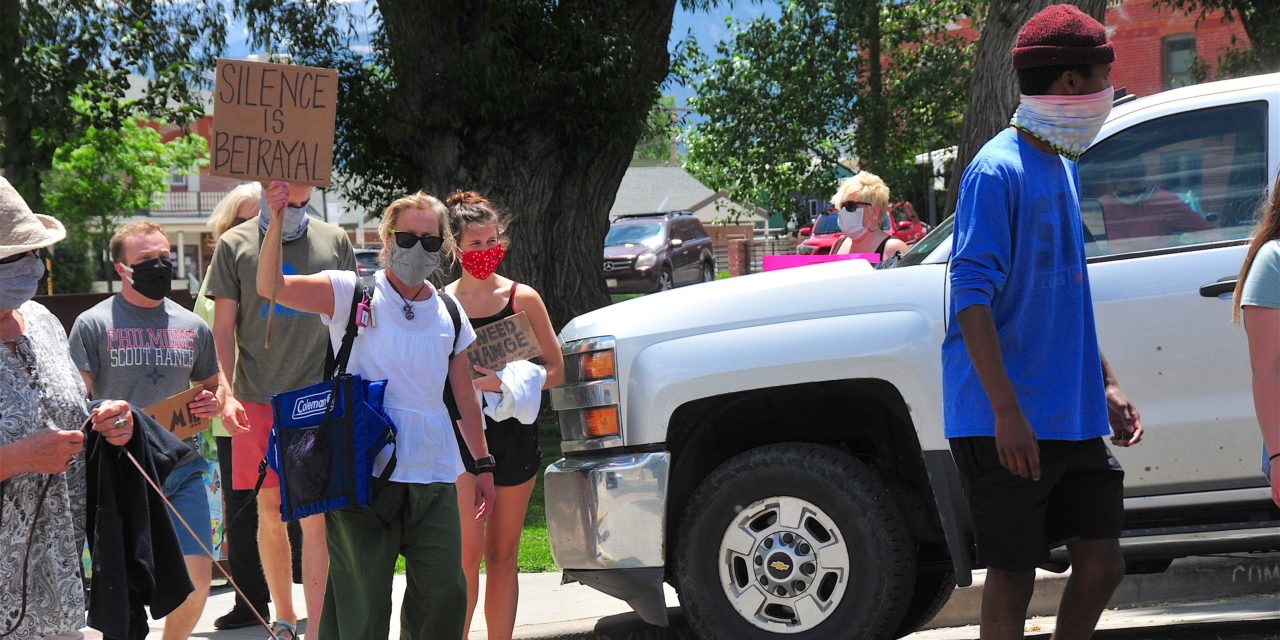 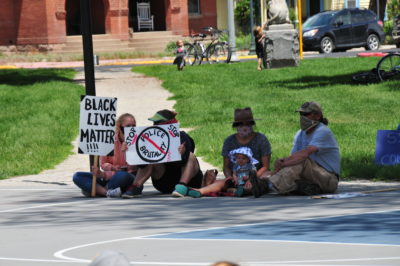 A quartet of supporters with signs was among about 150 people who turned out in support of nationwide protests against police brutality after the murder of George Floyd at the hands of Minneapolis Police last week. Photo by Dan Smith.

On June 2, citizens gathered at Alpine Park in support of a Black Lives Matter rally. Around 150 people turned out in solidarity of the nationwide event to protest against police brutality.

As previously reported by Ark Valley Voice, the event highlighted the murder of George Floyd, Breonna Taylor, Ahmaud Arbery, and many other innocent black lives at the hands of police officers.

Gathering in larger groups is discouraged under the current social distancing guidelines to prevent the spread of COVID-19. During the Salida City Council meeting later in the day on June 2, Councilwoman Jane Templeton said “everyone was really complying with the COVID recommendations.”

Councilman Justin Critelli also addressed the protest saying he wanted to “thank all the people who assembled and participated in a healthy exercising of our first amendment rights today.” 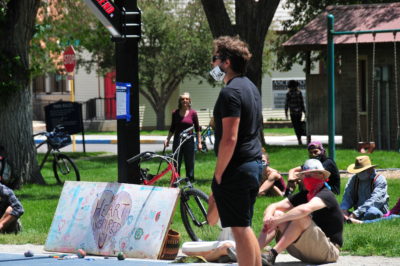 Councilman Justin Critelli addresses the crowd at Alpine Park about the reason for the protest sit-in. Photo by Dan Smith

“It was civil and peaceful. To protest is the oldest and most storied duty of we the people in our country. It’s an American tradition,” he added.

Word of the event, which was described as a solidarity march, spread quickly this week. The crowd of people streamed from all directions toward Alpine Park.

Following the sit-in, the assembled people conducted a peaceful march downtown along F Street to Riverside Park, before returning to Alpine Park.