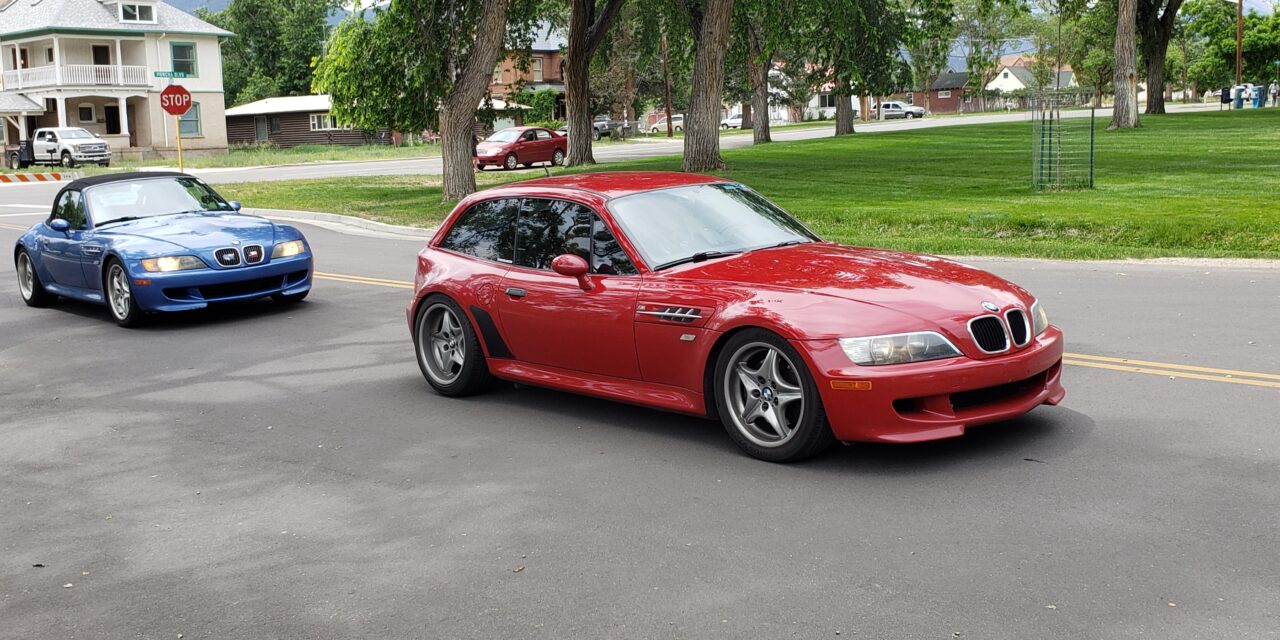 After experiencing intermittent rain showers and an unexpected road construction closure atop Independence Pass, a large contingent of BMW “Z-Series” car owners purred to a stop at Thonoff Park in Salida on June 30.

Drivers line up for AMICAS Catering lunch during their stopover in Salida’s Thonoff Park during the 2022 BMW “ZFEST”. Merrell Bergin photo

Current National President of the Z Series Car Club of America (and Salida resident) Jon Moorhead welcomed fellow enthusiasts from across the U.S. and two Canadian provinces to relax and enjoy the shady greens surrounding the Chaffee County Courthouse.

Amicas Catering was on hand with a tasty lunch, while locals dropped by to admire the classic lines and long noses of these German treasures and visit with the drivers.

Organizers have rotated the location of ZFEST yearly since 2009 and this past week they’ve been enjoying a base camp at Snowmass Village, Colorado. ZFEST 2022 wraps up today, July 2 and is a national event that includes drives, social events, and DIY clinics. 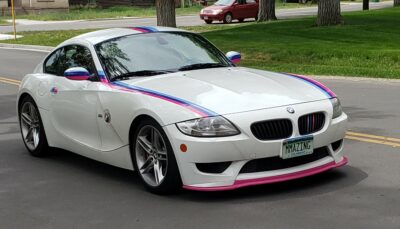 1990 Z1 show car veteran. Imported to the U.S. from France, the car participated with the BMW Club de France in a parade lap of the world famous Le Mans circuit. Note: doors and windows roll down into the lower sill. Merrell Bergin photo

Highlights of the week according to a Z3 co-owner Mary Deering included a trip over McClure Pass to Paonia, CO (home of Big B’s Orchards and the West Elk Wine Region. The next day, they traveled from Snowmass to Leadville, where the group enjoyed tours of the Tabor Opera House and a ride on the Leadville, Colorado & Southern scenic train. Seeing as the majority of the drivers hail from either Texas or the East Coast, the week provided a full immersion in mountain hairpin driving and scenic wonders.

“I’ll tell you that it’s the cars that bring us together but it’s the people that keep us coming back”, Moorhead said before the week began. That feeling was evident as this reporter arrived to listen and learn about what makes these cars special. 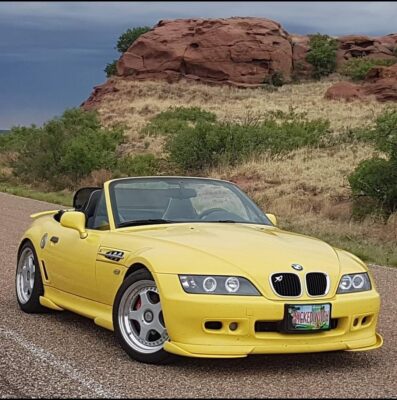 First up, a pale yellow 1998 Z3, from Ashcroft, British Columbia, some 3 hours northeast of Vancouver and near Kamloops. Owners Mary and Stephen Deering shared the details of their unique car. With a “Pegasus” badge on the front, the car was a rare “Hamann”, from the German tuning company.

Extra low slung, with high performance features, it’s actually a left-hand drive car, built in the U.S., shipped to Germany for tuning, then on to Japan. “The stuff on it is outrageously expensive; I’m lucky I found this car – the taillights are $2,000,” Stephen Deering said.  “It’s a smaller motor but has a higher redline and I can go twice as far as others on a tank of gas” (a big deal these days).

Eric Peck, ZSCCA Past President from near Charlotte hosted the 25th anniversary ZFEST in Spartanburg SC before handing the ZFEST reigns to Jon Moorhead this year. Peck mentioned that on a coast-to-coast drive he stopped in Salida and the idea of a Colorado ZFEST was broached.

Moorhead’s enthusiasm and a meal at Amicas and clinched the deal.

Nancy Peck said “these people are best friends but only see each other once a year. It’s very easy to get caught up in the people and the cars.” After introductions all around, with others from Florida and Toronto, the Peck’s pointed out a new arrival from Massachusetts (the writer’s home state).

Conee and John Sousa, a friendly couple from North Dartmouth, MA  shared that they had a beautiful ride here in their red 2021 Z4 M40i. “A few sprinkles every day but glad to have a break from the hot sun… and no hail”, said Conee.

And with that, the ZFEST drivers tucked into their lunch while one couple from Minnesota ambled down the sidewalk to downtown, intent on catching a few minutes on the Riverwalk before heading back to Snowmass.

On the ZFEST agenda today, July 2: a visit to the Ashcroft Ghost Town and a “Zedkhana” (timed contest for automobiles featuring a series of events to test driving skill) before their long (but fun) journeys home.