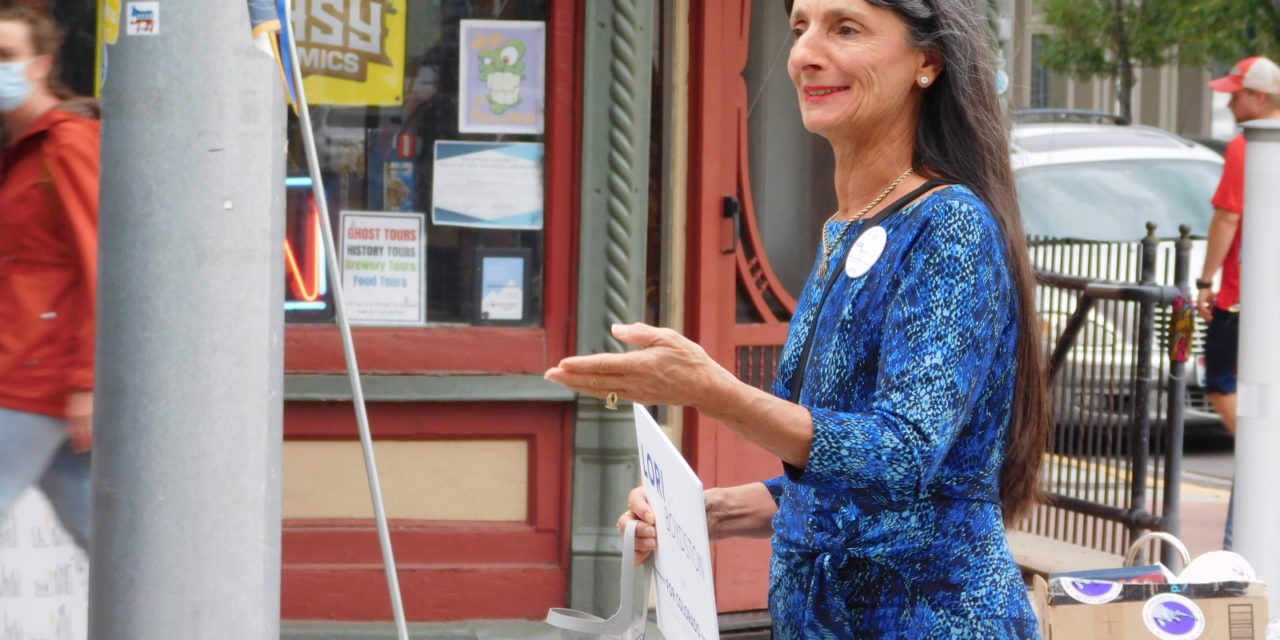 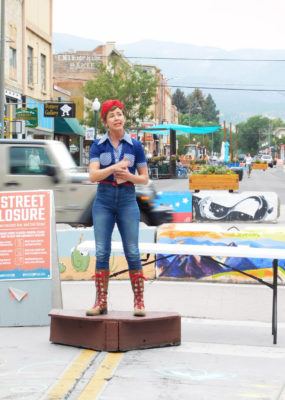 Hannah Hannah, Republican candidate for Chaffee County Commissioner, takes the stand in the Aug. 26 Women’s Equality Day event in Salida. Dressed similarly to Rosie the Riveter, she fielded both pro and con comments about her fashion choices and any political overtones they carry. Photo by Tara Flanagan

Sponsored by the Salida Business Incubator, the downtown open-air event was a mostly civil affair, featuring posters created by the local Boys and Girls Club that hailed the 1920 certification of the 19th Amendment allowing women to vote. Congress designated the day as Women’s Equality Day Aug. 26, 1973.

One of the posters urged people to “rispekt evreone,” but there were a few volleys between the audience and candidates when that advice appeared a bit challenged.

At one point, Linda Stanley, the Republican DA candidate for the 11th Judicial District, reminded the group that one of the biggest hurdles facing women in politics can be the criticism they receive that would not ordinarily be leveled at men, as well as the amount of criticism they get from other women. 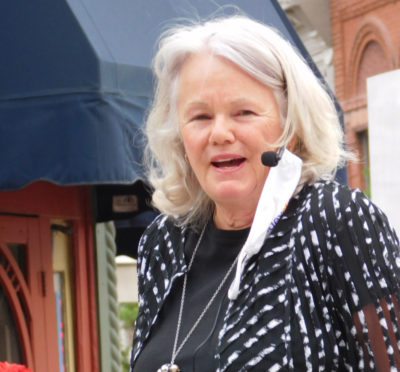 While women have run for office in the county’s municipalities and the region in increasing numbers, the only woman Chaffee County Commissioner was Terry Barkett, elected in 1988.

This year, Republican Hannah Hannah and Libertarian Bonnie Davis are running against Democrat incumbent Keith Baker in the District 1 race.

Stanley, a Republican, is running in the 11th Judicial District against incumbent Democrat Kaitlin Turner.

Chaffee County Clerk and Recorder Lori Mitchell was on hand to field voter-information questions about Colorado’s all-mail ballot system. It has been in place since 2013 and considered a national model.

Aa video of the Women’s Forum presentation is available here: