Santa Claus comes to town in Salida Parade of Lights 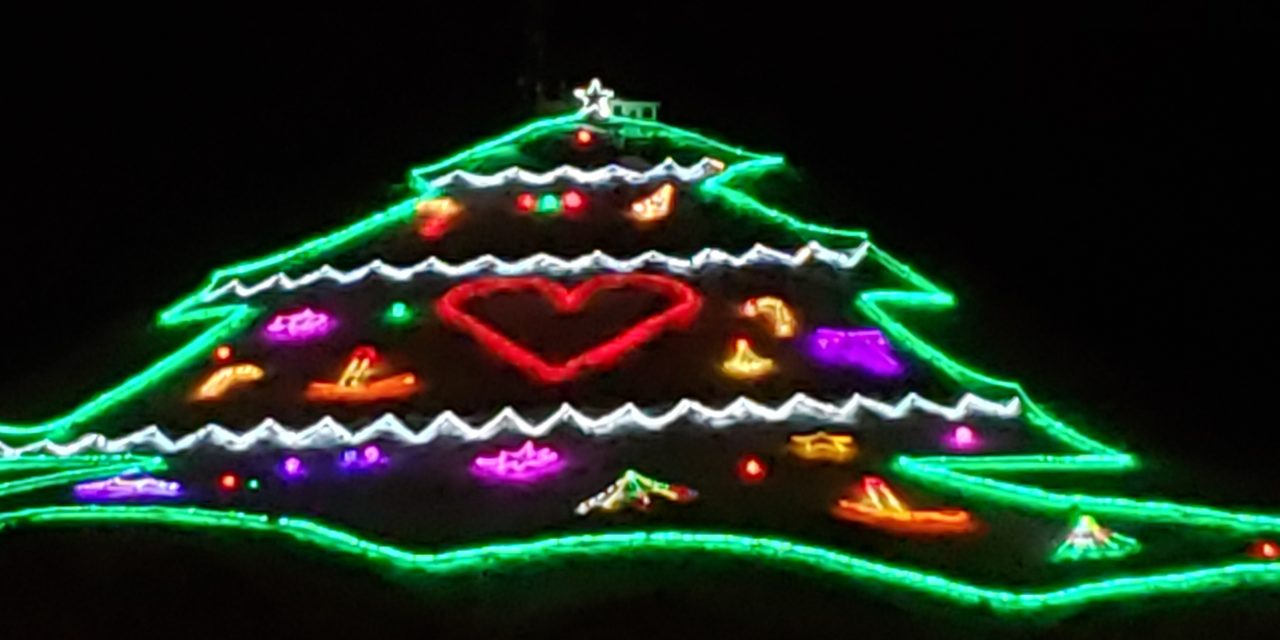 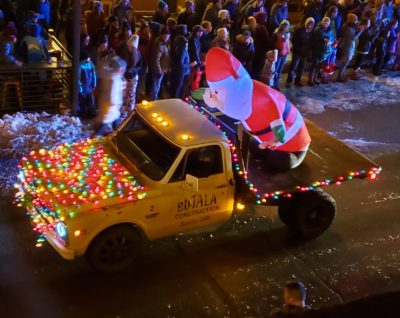 Wind and snow weren’t enough to stop the enthusiastic crowd gathered along F Street for the Parade of Lights Friday, Nov. 29.  The Salida community thronging F Street wasn’t just there for the Parade of Lights, but for the annual lighting of S Mountain as Christmas Mountain U.S.A. Floats of all kinds led the parade down to Riverside Park. Salida Circus Outreach, Kaleidoscope Toys and the Salida Starlettes showed their creativity, to name but a few.

Once the mountain lit up, fireworks followed.  At the fireworks finale, the crowd cheered and surged toward Riverside Park, to stroll along the Christmas trees, decorated by Salida businesses.

The end of the parade featured Santa Claus, who was sitting on the back of one of Salida’s fire trucks. Santa told the Story of the Night Before Christmas, before starting the countdown to light the tree on S Mountain. 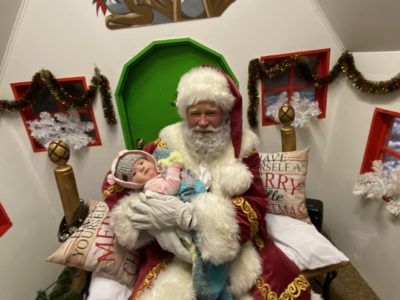 The fire truck took Santa to his workshop to speak with all of the local children who had gathered to tell him what they want for Christmas.

The wind, snow, and cold did not stop this bunch, as they patiently waited for Santa to welcome them into his workshop located on F Street in Riverside Park.

The first to tell Santa what they want for Christmas this year was 11-week old Teagan Tracy (no doubt translated by her parents). Teagan’s mom Rochelle, a former Salida citizen, shared with Ark Valley Voice that she herself had once been the first baby to see Santa in Salida’s festivities. 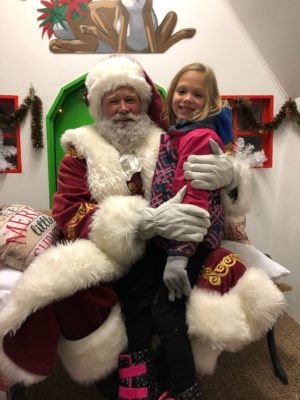 Now, said Rochelle, she got to share the same experience she had, growing up in Salida with her daughter Teagan and husband John.

Following Teagan was her cousin Lillian Valdez from Ft. Collins. She too was anxious to tell Santa what she wants for Christmas this year. 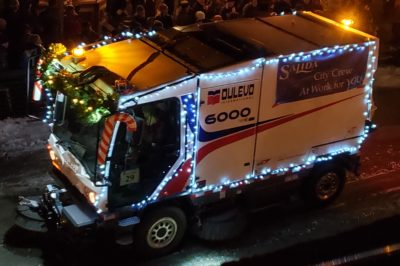 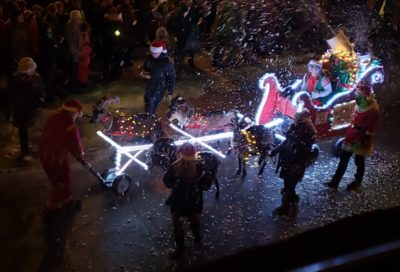