In an eight-minute video released yesterday on Twitter, former Republican California Governor Arnold Schwarzenegger issued a scathing condemnation of the Jan. 6 insurgency that overran the nation’s Capitol Building, endangering the lives of hundreds of members of the legislative branch of our government, and threatening to overturn American democracy. 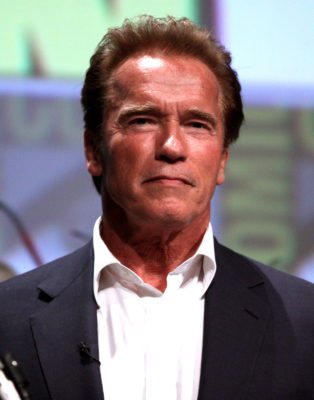 He compared the mob actions of Jan. 6 to what happened with the fascism of Nazi Germany, raising the infamous 1938 “Kristallnacht” (Crystal Night, or “Day of broken Glass”).In that event, thousands of Jewish-owned businesses, homes and synagogues were attacked, and burned by Hitler’s SS men as Hitler’s dictatorship tightened its grip on power, invading the Sudetenland and Austria prior to marching across Europe.

“The mob did not just shatter the windows of the Capitol. They shattered the ideas we took for granted,” said Schwarzenegger. ” They did not just break down the doors of the building that housed American democracy. They trampled the very principles on which our country was founded. This was our  Kristallnacht. Wednesday was the ‘day of broken glass’ right here in the United States,” said Schwarzenegger in the video, which  has been viewed more than 24 million times, …”the Nazi’s are the  equivalent of the Proud boys.”

Schwarzenegger, born and raised in Austria, had first-hand experience with the fascist actions that overran his birth country, and the war that engulfed Europe, saying his birth country lost their democracy to Hitler’s Nazis.

“I was born in 1947 and grew up in a country that suffered the loss of its democracy … many just went along, step-by-step down the road, they were the people next door.”

He warned of the dangers of complicit law enforcement and blind political support of leaders not committed to democracy. His own father was a police chief who joined the Nazi Party in 1938 after Kristallnacht, in fear of what would happen to him, his family and his community, if he didn’t.

My message to my fellow Americans and friends around the world following this week's attack on the Capitol. pic.twitter.com/blOy35LWJ5

Schwarzenegger added that years after the war, his community was full of men drinking their guilt away in beer halls and beating their families, over their role in Hitler’s fascist takeover of Europe. “They weren’t just in physical pain, but in emotional pain from what they did. It always starts with lies, and intolerance. I’ve seen how things can spin out of control.”

He compared the breaking of glass at the Capitol to the shattering of the ideals we took for granted, saying “they trampled the very principles on which our country was founded,” adding that what Trump incited was a coup and an attempt to overturn the results of a free and fair election based on lies.

“Trump is a failed leader….soon he will be as irrelevant as an old tweet.” He added “I remind these people that patriotism means to stand by the country. It does not mean to stand by the president”

He ended on a more hopeful note, reminding viewers that “as heartbreaking as this is, America will come back from these dark days to shine our lights once again”

He held a sword from his movie days as Conan the Barbarian, turning it over in his hand saying, “the more you temper a sword, the stronger it gets –pound it, plunge it into water, the more you do that, the stronger it becomes….our democracy is like the steel of this sword. As shaken as we are by the events of these days, we now understand what could be lost….we need to put our democracy first.”