What would normally be a relatively routine hearing in 11th Judicial District Judge Patrick Murphy’s courtroom, became something else on Tuesday morning, Sept. 20. Two items were on the agenda: consideration of defendant Herbert Scott’s September 14 request for a public defender to be appointed as his attorney for the sexual assault cases, and setting new trial dates.

With an emergency dependent custody hearing going on in his courtroom, Murphy moved the Scott case to the jury room and reviewed the motion filed by Defense Attorney Ernie Márquez to withdraw from the Scott case, at the request of his client. 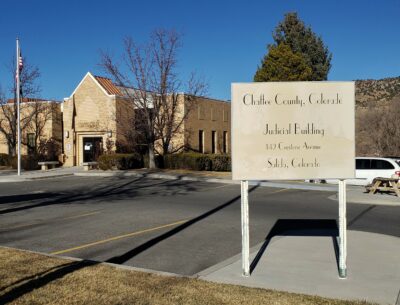 Chaffee County Judicial Facility at 142 Crestone in Salida is the home of the 11th District Court. Merrell Bergin photo

The Judge confirmed that Scott does indeed qualify for a court-appointed defense according to the court’s scoring mechanism. But it was determined that given the circumstances, the District 11 public defender’s office could not represent him; “According to the state it isn’t possible for us to defend him, we looked at a wall, the conflict is pursuant to 1.7.”

Prosecuting Attorney Joanne Morando objected to the motion to withdraw. She pointed out that there has already been more than a year of delays in the case, which is the opposite of the speedy trials which the victims in this case deserve.

She pointed out that the responsibility for the delays lay with the defense attorney, and listed several court dates where delays had occurred; two in December 2021, another in Feb. 2022, and another in April 2022, in which the defense said that they needed more time to prepare for the case. She cited some criminal law cases which supported her assertions.

“I can’t say much more than I need to withdraw. The fact that he is applying for court-appointed counsel – he’s been approved,” interjected Márquez. “If I were to try these cases, every one of them would be subject to attack, or insufficient counsel … if you order me to try these cases, you best take me into custody because I won’t do it.”

Those words dropped into a surprised hearing room, and Márquez went on to say “I’ve been doing this for over 30 years, and I can’t do it, and he can’t provide the representation on his own.”

The case is complex. There are more than 2,000 pages of discovery without the cell phones and hundreds of documented conversations. “The people have 65 witnesses, more than 10 in forensic evidence and we’re more than two months away from a trial,” he added. 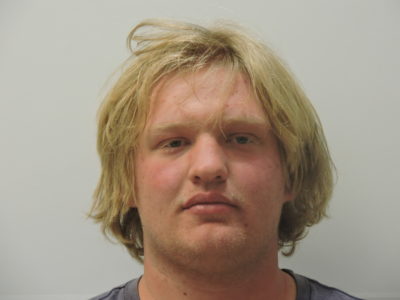 “The people contacted 11 of the victims – and strongly object to the continuance based on this,” said Morando. “The amount of prejudice to the state when the victims have to overcome ongoing trauma, due to the delays, to hold the defendant accountable. We the people ask to not allow this due to the state’s criminal rules of procedure.”

The judge noted he wanted time to review the cases cited, and closed out the hearing until 3:30 p.m. that afternoon when the proceeding could move back to his courtroom. Upon reconvening, Murphy established the facts: “Mr. Scott is indigent; if I appoint counsel, the public defender’s office has a conflict. I reviewed the cases involving withdrawal under the criminal rules.”

“I have been practicing criminal for 37 years and handled thousands of cases, including a complex homicide with multiple victims, and multiple sex assaults, but I’ve never encountered a case as complex as this,” said Márquez. “There were three cases, now it’s six cases, 26 counts … he’s looking at multiple cases that could put him in prison for the rest of his life. If he does not have [a public defender] that puts him at a severe disadvantage.”

“There is no way I, by myself can try this,” continued Márquez. “I have never been in the position to ask to withdraw, but I’ve never had a case like this. If the court wants me to stay on, it would not do it justice. This is about Mr. Scott having the best representation possible. It is not to delay. Allow me to withdraw so he gets an alternate defense counsel.”

The judge agreed on the complications but pointed out the difficult position of the prosecution.

“I understand the prosecution’s position to get these cases to trial (only one, the recent mistrial, has gone to trial) … I do understand that resetting trials is traumatic to the people involved … with multiple victims. I also have to work with fairly limited information. This involves discussions between him and his client, which are privileged … I’d like more info, but I am limited in the amount I can inquire. At some level,” he concluded, “a judge has to trust the attorneys in front of them.”

“As a judge – the job is to not create error … the worst thing to happen would be a conviction then it is reversed a year down the road on appeal,” he explained. “Specifically Mr. Márquez says he can’t be effective. I will grant his request to withdraw from all cases. I found Mr. Scott to be indigent. I cannot appoint the public defender’s office, it’s unusual because of the number of cases, including the hung jury a few weeks ago.”

The judge said normally he would reach out to an attorney and appoint him, and has already contacted three alternate defense counsels who are authorized to handle this level of charges. He ended the hearing by setting a 10:15 a.m. Wednesday, Oct. 5 hearing on the docket to appoint an attorney to take Scott’s defense, with the hope of resetting the three-week re-trial for the end of November.