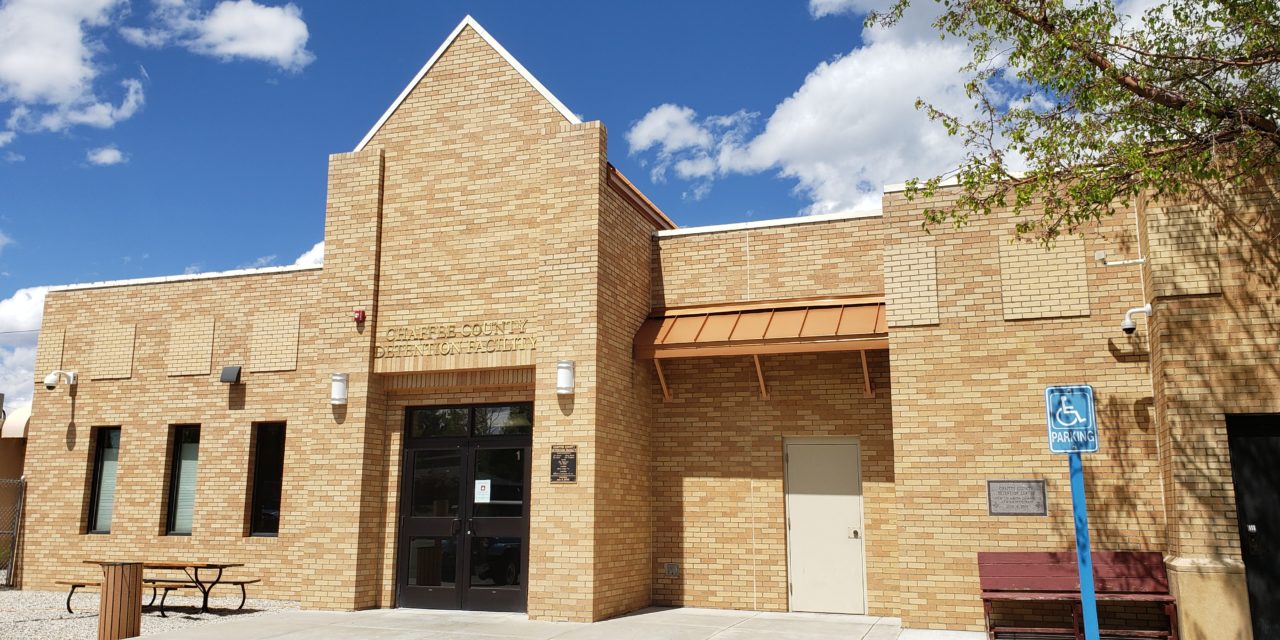 Monday was another full day in the 11th Judicial District Court for Herbert Lucas Scott (known as H.L.), in the first of what will be several trials for sexual assault on several young women, as well as an at-risk adult, many of whom were associated with the Pony Patch at Doolittle Ranch, just off U.S.291 outside Salida.

The case being tried (D82021CR27) involves two counts in which the state says that it intends to prove unlawful sexual contact and sexual assault “by force”. Scott (which earlier testimony had established was a 220-pound high school football player and wrestler), had repeatedly asked for sexual encounters, both in person and via text messages through Facebook Messenger and Snapchat with the victim in this first case.

It was a day of objections for both the prosecution and the defense. The petite Kimmons spent the entire morning on the witness stand. Early on she struggled with the timeline that Defense Attorney Márquez was attempting to build, repeating that she isn’t good with dates, and at the time was under extreme stress, so the timeline is foggy.

In cross-examination, Defense Attorney Márquez presented a surprise. While the witness had blocked Scott on social media and deleted the text and Snapchat records in an attempt she said to “move on”, Márquez produced copies of them in court.

He then began to read extensive portions of text messages between the defendant and victim Chloe Kimmons in which Scott continued to suggest sexual encounters and Kimmons continued to resist the pressure. Márquez read messages, asking Kimmons if the messages were hers, if they were correct, and did she write what he was reading.

Prosecutor Attorney Dotter objected repeatedly, saying that “if he’s going to keep referring to the text messages, he should submit them as evidence.”

Márquez responded that if she wanted them admitted, she could do that. To which Dotter responded with some irony, that it would not be acceptable that she should admit evidence that might hurt her client.

Presiding Judge Patrick Murphy weighed in, saying that he would allow them to be read, but it would require context; both Scott’s messages and Timmons comments together.

In fact, it appeared that the dozens of sexually explicit text messages over several months of on-and-off communications were initially generated by Scott toward Kimmons. For her part, her responses appear to demonstrate that she was deflecting his requests in a variety of ways, repeatedly saying she was only looking for friendship.

The judge called a break midway through the cross-examination to allow the witness to read the extensive text message document and allow her to recover her composure.

But Márquez continued to press her regarding her memory of dates, and to admit that the episode in which Scott sexually assaulted her from the rear in a horse trailer at the Doolittle Ranch, suggesting that it was something that she had brought on and from which she had no problem recovering. (In fact, he claimed, Scott, and his friend (Jamison Schriever) and Kimmons had gone to McDonalds for food afterwards and they had taken her home.)

After a lunch break, cross-examination of Kimmons and the text message/Snapchat trail continued, during which Kimmons affirmed that the assault in the shed did take place. In redirect questioning of Kimmons by Attorney Dotter, Kimmons answered that CBD and THC were present in the “edibles” she consumed on the night of the alleged assault and also that she “never initiated any of the sexting messages.” When Dotter inquired about the text responses, Kimmons replied that she felt “pressured to respond to them…to get him to stop.”

Judge Murphy excused the jury for 30 minutes during which he addressed the legal questions raised on Aug. 26 regarding the transcript of the Colorado Bureau of Investigation (CBI) interview between the victim and Agent Koback. After hearing Attorney Dotter’s two case precedents, and their applicability to the credibility of Dotter’s witness, Murphy agreed that the entire transcript would be admitted, including references to a third count. It was also agreed that the audio recording of the interview would be played back, with Kimmons present, likely on Aug. 30.

Lily Spezze, a close friend of Kimmons was the next witness. Spezze recalled hearing about the assault from others, discussing it with Kimmons and then later, with Kimmons’ consent, contacting law enforcement about it. On cross-examination, Márquez asserted and it was agreed that Spezze did not have concurrent or direct knowledge of the nature or details of the relationship between Scott and the victim, prior to the incident.

Deputy D.A. Morando next called Jamison Schriever, self-described as a friend of Scott since the third grade. In the timeline recap, Schriever said he was living in the “shed” (a red, one-room guest house) on the Scott family ranch at the time of the alleged assault. Characterizing his (then) friendship with Scott, Schriever said they were fellow SHS athletes, that Scott “wouldn’t take crap from people” and “stuck up for him (Schriever).” During cross-examination by Márquez, Schriever said “I am no longer friends with H.L. and have not spoken to him in a year.”

On redirect, Morando referred to the night of the alleged assault when he and Scott took Kimmons home in Scott’s pickup. She asked why Kimmons sat in the back seat with Schriever, rather than the front passenger seat. Schriever said he did not note anything unusual about this at the time.

The final witness called on Monday was Kimmons’ mother, Sarah Bartha. When asked to describe her daughter, Bartha stated her physical size then as 5’2” and between 120-130 pounds. She went on to say that Kimmons was a very hard worker, somewhat shy but “a real sweetheart”. She continued describing her close relationship with her daughter, saying that even after Kimmons moved away from home that Bartha was identified by locals as “Chloe’s Mom”.

However, it appears that daughters don’t tell mothers everything. Recalling the time of the reported injury to Kimmons’ wrist, Bartha stated that she did not examine it herself and while she had intended to follow up with medical care, that Kimmons stopped mentioning it and that the injury appeared to be cured a few days later. Concluding her testimony, Bartha stated that she was unaware of the (much earlier) alleged assault until she was contacted by CBI Agent Koback in November 2021.

Just before 5:00 p.m. Monday, the prosecution announced their plan for Tuesday’s schedule: to call two more witnesses (including Agent Koback and the CBI interview audio recording). Attorney Márquez said he would not call any witnesses for the defense.

Concluding the day’s session, Judge Murphy formally advised defendant Scott of Scott’s impending sole choice to make any statements or testify on his own behalf (either with his attorney’s advice or in disregard of it). Murphy stated that Scott would need to make a decision and respond to this by Tuesday afternoon when closing arguments might be expected.