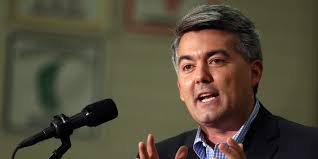 When not one but both of Colorado’s United States senators arrive in Chaffee County within 24 hours of each other, you know it’s spring break week. You also begin to understand that the economic activity occurring in this rural county is getting more attention.

The interactive session orchestrated by the Chaffee County Economic Development Corporation included an assembly of around 40 community business leaders and elected officials. Gardner used it as a listening exercise, asking county leaders to describe challenges faced by their business categories.

“We need the continuation of the federal lands access program and the federal roads program. The Cottonwood Pass project is an $18 million project of federal, state and local funds. The county is contributing $1.3 million and we couldn’t do this without federal funding,” said Baker.

“For the Browns Canyon National Monument, we still need a Resource Management Plan. Interior has shifted their focus and it’s on hold. If there is anything you and Senator Bennet’s staff can do to free this up and get the plan done, we’d appreciate it.”
Several attendees spoke about forest health and protecting the recreational industry, as well as wildfire threats. Gardner confirmed his support of the Wildfire Management Technology Bill introduced last week, which would integrate unmanned aerial systems into the forest health industry to predict fire behavior.

“We have a major spruce beetle attack coming across Monarch and we had a big fire a couple years ago down canyon, so forest health and our ability to be proactive about this is important,” said Chaffee County Commissioner Greg Felt. “We move slower than the beetles can move.

“We’ve done a lot of visioning on this and folks here are concerned. We’re looking at how to work with the water conservancy districts to steer funding toward the problem.”

“We’re using the categorical exclusion with the forest service helping us to address us and acres around us,” said Randy Stroud, general manager of Monarch Mountain Ski Resort. “But it’s only 3,500 in a million acres! We’re going to spend $259,000 just this summer mitigating our fire danger, but it doesn’t address much around us. It’s like trying to spray one tree and hoping it stays alive when all around it is at risk.”

The topic of rural broadband intersected with several of the business categories present. Across the board, the group spoke of lost production in manufacturing facilities, being cut off from customers and the unpredictability of service.
Gardner, a Yuma (CO) native, is a sponsor of the rural broadband bill, which would allocate $6 billion of federal funds for rural broadband.

“Rural broadband has become more critical to us for the last five to six years,” said Wendell Pryor, executive director of the CCEDC. “Monarch anchors our shoulder season, and they had no access. Ralph Abrams, CEO of Colorado Central Telecom, was not only carrier of the year, they are finally addressing the Chaffee County need for redundancy.”

“During the summer recreation season, we don’t have to suffer a cable cut – there are so many people here that they bog the system down,” said Baker. “We desperately need broadband access.”

“We were working in Saguache County and got involved here in 2013 because Monarch had no access,” said Abrams, who outlined expansion into Salida, Buena Vista and the company’s planned move through Chalk Creek Canyon in the next two years using a state grant.

“From the federal perspective, the FCC (Federal Communications Commission) has to come up with a Cap 2 funding mechanism to help rural areas develop programs … There’s money, but they have to figure out how to get it to the small, local companies. … One thing that is working here is the state broadband fund.”

“I serve on the commerce committee with jurisdiction over the FCC and we’re drilling into the Cap 2 funding,” said Gardner. “Those who have ever had your phone die, and looked at the coverage area, we are trying to fight for more accurate maps – maps tie directly to funding allocation.”

Bob Morasko, executive director of Heart of the Rockies Regional Medical Center, outlined the dilemma regarding Medicaid reimbursement shortfalls facing rural hospitals. While urban hospitals can recoup costs because they have the patient numbers, rural hospitals, which are critical access service points required to have a doctor, nurse and emergency room available 24/7, may only have a few patients a night.

“We’re a critical access hospital. It isn’t about saving money, it’s about providing access to care in rural areas … we’re on the top end of the critical access hospitals because we have some volume. It used to be on a cost basis until 18 months ago when the reimbursement system changed – now it pays us on a basis of who walks in. If no one walks in, we get nothing.

“Here’s how rural hospitals are different. Now they aren’t paying for drugs, but we have to administer an $8,000 blood thinner for a heart attack patient to transport them. But we’re getting reimbursed $600 for that entire visit; the doctor, the nurse, the drug. Most physicians won’t accept Medicaid anymore, but we do at our hospital. Crossover claims aren’t being paid, but primary claims are starting; but they’re not paying for drugs.”

Other small-business issues included concerns by local brewers about the tariffs on aluminum and steel.

“If the tariffs on aluminum stand, it will increase our costs $10,000 to $35,000 this year alone. That’s one job,” said Elevation General Manager Carlin Walsh. “It will increase the cost of each can 1 cent and we’ll ship three million cans this year. It completely negates the tax benefit that we received.”

“I opposed the tariff on aluminum and steel,” responded Gardner. “I told the president it’s a bad idea.”

Salida Mayor P.T. Wood, owner of Wood’s High Mountain Distillery and also an officer in distilling and brewing associations, said the group endorsed the Craft Beverage Modernization and Tax Reform Act and the money is getting reinvested here by every single craft brewing business. “It’s millions of dollars. At Wood’s we leveraged it into a half a million investment in our business, and it created four new, well-paying jobs. We need this act to be made permanent.”

Among other concerns raised: the creation of economic opportunity zones (two of which have been created in Buena Vista); endorsement of tax credits for affordable housing; and concerns of wholesale marijuana growers, who consider themselves agricultural and manufacturing facilities. They pay an effective 91-percent tax rate between federal and state taxes, making them tax providers to the state.

Gardner told the group he continues to advocate for the Bureau of Land Management to be located west of the Mississippi, where most of the country’s public land is located.

Gardner pointed out a new bill he is co-sponsoring, the Ski Area Fee Retention Bill, that would designate the fees that ski areas pay to lease federal lands go back to the forests where the resorts are located. “As your summer seasons are growing and budgets in the forest service are decreasing, we understand that that money can be put to use where the resorts are.”