Snow is Gold Here in the West. So, Where is it? 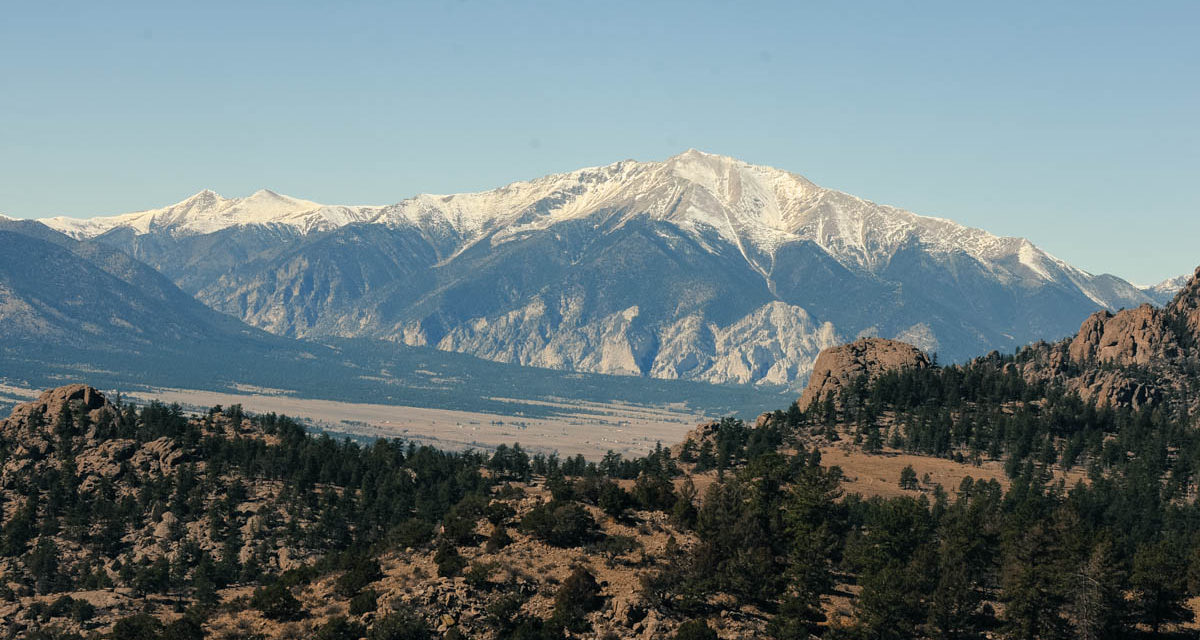 We’ve handled a lot these past couple of years, but this year, as each warm and cloudless day passes, the nervousness has begun to show. Where is the snow?

It’s one thing for Denver to set new records for the latest date of measurable snowfall  (the previous record for the latest snowfall was Nov. 21, 1934 during the dust bowl). Here in the mountains, we tend to say “It’s Denver – deal with it”. But it’s something else again when the snow isn’t falling on the peaks in central and southwest Colorado.

Climatologists are watching as that first snowfall record for Denver climbs day after day.  But what is more worrisome is the lagging snowpack levels in the Sangre de Cristo, San Juan, and San Miguel mountains. Even here in the Sawatch Range, while Antero’s north slope has a visible, but fragile blanket of white, the snow cover on Mt. Princeton is largely absent. You have to drive further west up Chalk Creek Canyon or northward into Lake County to see white-covered peaks. 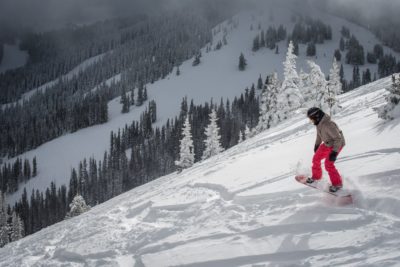 Monarch Mountain in a prior — deep snow — season. (Photo Courtesy of Powder Alliance)

Many recreationists think of snow primarily in terms of recreation.

While the peaks in Eagle and Summit along the I-70 corridor have gotten snow, the large ski resorts there are struggling to keep open a limited number of slopes with largely man-made snow. Some have had to move back their opening days not once, but multiple times. Monarch Mountain here in Chaffee County proudly operates with only natural snow which, it appears, is likely to slowly delay its opening day too.

Others grow more worried by the week for another reason.

It is a fact that Colorado needs an above-average snowpack year to start recovering from the past two years of drought. That Colorado will get what it needs may be questionable at this point.

Last year’s snowpack largely soaked into the parched ground and much of it did not reach the state’s famed rivers that water the west and the Midwest. Climate scientists say that it may be mid-December before the weather pattern changes. This is not good news for the state.

Without that snowpack, water levels along the Colorado River and the Arkansas River will likely remain low. The lack of moisture in the West triggered the first-ever tier I water shortages on the Colorado River, setting in motion withdrawals from the state’s reservoirs to assure that the hydroelectric dams at Lake Powell and Lake Mead can operate. Low snowpack this winter sets up the state and the rest of the West for a disastrous summer of wildfire danger, low flows, further depletion of the reservoirs to protect energy production, and possible energy shortages.

Snow is gold here in the West, or so the saying goes. If so, then we need gold to start falling very soon. It might be time for some weather dances to “convince the snow gods to their treasure”.

It may not fix it, but it would surely help.

Featured image: a view of Mt. Princeton above the Chalk Creek Canyon and Chalk Cliffs in an earlier, snowier year. Photo by Sandy Hobbs.