Social Media Threats: KHEN Show on recognizing Disinformation and Mal-Information When You Hear it or See it 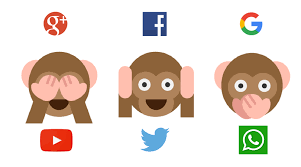 On Friday, Jan. 31 Ark Valley Voice Managing Editor Jan Wondra appeared on a KHEN Community Radio show hosted by Leslie Matthews to discuss the growing threats to the public’s understanding of facts and information due to social media manipulation.

But increasingly, posts, or ads or videos that are actual part of dis-information campaigns are being launched by hackers and web trolls, foreign actors or political action groups. They intentionally spread false information.

Then there are mal-information campaigns – spread by all the sources described above – but intending to cause real damage; financial, reputational, personal or physical harm.

Just as concerning, every time we “share” and “like” and comment on social media, data is being collected on our opinions and preferences, setting the stage for more of the same content being directed our way. We won’t even know we’ve been enlisted in a dis-information campaign, unless we stop and ask ourselves some real questions when these things come at us from social media. Questions like: What is the source? Who is being quoted? Does it even make sense?

The hour-long show covered the range of threats – not just coming at the public from social media sources, but increasingly from fake news sites, creating and disseminating fake content. The threats from the blurring of lines between what is factual news, and what is social media rumor, or intentional campaign, is an ongoing issue for journalists. If picked up by mainstream media, such dis-information could be legitimized, something in which no legitimate, factual news organization wants to be a part.

The podcast of the show is available at KHEN Special Reports:  www.khen.org/khen-community-page