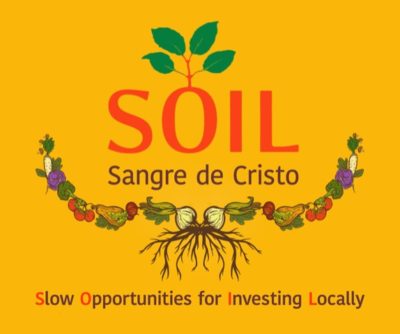 Recognizing a clear need for sustainable, local food systems in this part of the state, the team was fortunate to be awarded significant start up capital in the form of a multi-year challenge grant. The New Belgium Family Foundation has donated $10,000 and will match 50 percent of funds (up to $30,000) raised by SOIL Sangre de Cristo  in the first year, with additional funding , if successful, in two additional years. 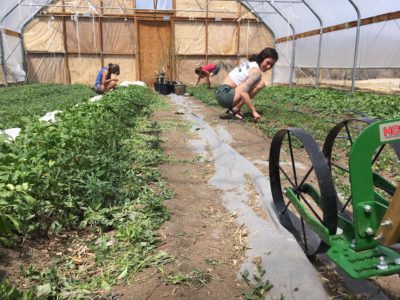 Through a minimum $250 yearly membership, SOIL Sangre de Cristo will raise revolving loan funds; for only a $25 annual membership, farmers and food producers can also join. SOIL Sangre de Cristo plans to sign up a minimum of 10 new investor-members each month in order to maximize the New Belgium Family Foundation grant. April’s goal was met with nine founding members, several of whom gave more than the $250 minimum, to ensure the first month’s goal was achieved. Only six weeks along, the program already has over twenty members. A fundamental principle is that each member has one vote; no matter how much the size of their donation.

Co-founder PJ Bergin told Ark Valley Voice “We’ve had a tremendous response from the community and I am so encouraged that people are recognizing the importance of building the resiliency of their food system.” 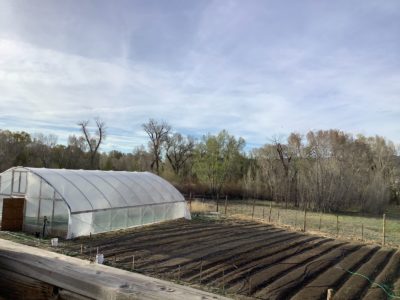 Bergin continued, “The Sangre de Cristo chapter is the fourth ‘SOIL’ region in Colorado. Our South Central region spans roughly from North of Buena Vista, down through the San Luis Valley to Alamosa. We take our name from the Sangre de Cristo Mountains.”

Bergin further explained that with the SOIL Sangre de Cristo loan program, “people usually think of investing as putting their money in some kind of fund and getting their six percent back. Well your return [from SOIL] is good food and a resilient food economy. It’s something that you’re going to be able to depend on year after year. These farmers are going to be here for all of us and you’re going to be getting great, fresh food. It’s investing in your community.”

SOIL is an acronym for Slow Opportunities for Investing Locally and is based on the principles articulated by activist and author Woody Tasch in Inquiries into the Nature of Slow Money: Investing as if Food, Farms, and Fertility Mattered and SOIL: Notes Towards the Theory and Practice of Nurture Capital.

For more information, contact PJ Bergin at 719-221-3840 or email soilsangredecristo@gmail.com. To become an investor-member online, scroll down to “Make a Donation” at soilsangredecristo.org.  Your donation is tax-deductible*

*SOIL Sangre de Cristo is a fiscal sponsee of the Slow Money Institute, a 501(c)(3) and registered Colorado charitable organization.