It appears that Chaffee and Fremont counties will have a direct role in the state’s proactive response to rising mental health problems. Solvista CEO, Brian Turner, has been selected to be a part of Gov. Jarod Polis’ new Colorado Behavioral Health Task Force.

The task force is part of the state response to growing behavioral health challenges that have left many rural counties such as Chaffee County behind. The Chaffee Board of County Commissioners invited the Colorado Community Behavioral Health Division Director Camille M. Harding to the county in May for a work session. During that work session, she explained the steps the state is beginning to take to formulate a behavioral health strategic action plan and the importance of involving rural counties in the process. 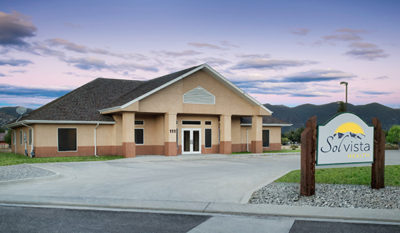 Solvista Health is in the planning stages to move its Salida clinic to the HRRMC campus. Courtesy photo.

Turner, who was present for that work session, pointed out that access to in-patient treatment centers is a challenge in rural areas.

“We don’t have any beds – that’s other parts of the state,” said Turner, about the lack of an in-patient facility in Chaffee County. He added that the situation means that those in mental health crisis must be transported to other areas of the state where patient beds are available.

That work session follows the passage in April of Colorado HB19-1177, the Extreme risk Protection Order, more commonly known as the Red Flag Bill. That bill permits families to request that guns be removed from a family member in the midst of a mental health crisis to prevent injury to that person or family members.

Chaffee County entered the spotlight after the Chaffee County Sheriff John Spezze asked county commissioners to declare the county a sanctuary county, exempt from enforcing HB19-1177. Commissioners declined, instead with the sheriff, they wrote a letter to Polis outlining their concerns and asking the governor to establish the task force that is now in operation.

The Taskforce met for the first time on Monday, July 1.

For more about the Colorado response to substance abuse go to: