“Three Viewings” was written by Jeffrey Hatcher and consists of three dark comedic monologues set in a Midwestern funeral parlor over a Christmas weekend. Directed by Brad Moore, the three plays within the play feature Mike Monroney as Emil in “Tell-Tale” Paige; Paige Ulmer as Mac in “The Thief of Tears”; and Wendy Perkins as Virginia in “Thirteen Things about Ed Carpolotti.”

Due to COVID-19, the audience will not be limited to the Roaring Fork Valley and viewers will be able to attend the theater virtually. 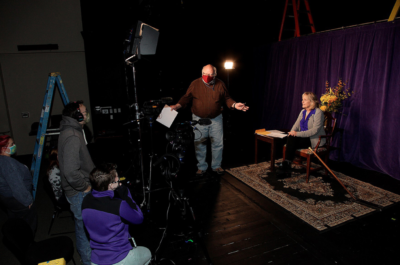 Season tickets are not available this year and season ticket holders from this season or the 2019-2020 season should email svticketsales@coloradomtn.edu or call 970-947-8177 to arrange tickets for “Three Viewings.”