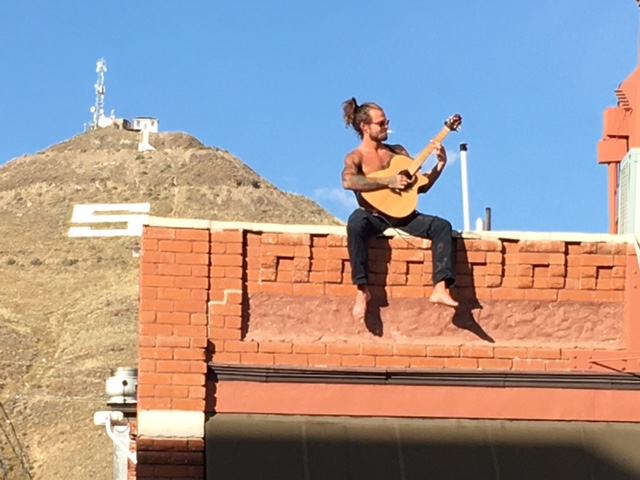 As previously reported by Ark Valley Voice, on September 7, the Salida City Council got an earful from community members during public comment regarding noise issues. Salida is home to multiple restaurants, bars and outdoor venues that regularly host live music on weekends and weekdays. During this comment period, many spoke about how they were able to hear the music from their porches and sometimes inside.

After multiple complaints by community members, the owner of High Side Bar and Grill, TW Winston, who regularly hosts live music spoke.

“It has been brought to my attention this past Labor Day Weekend by Mr. [Matthew] Hobbs who lives across [the railyard] in the industrial park [Hollywood Hills area] that our music has been a problem with some of the residents over there,” he explained. “I wish that was brought to my attention earlier this summer because we could have made some adjustments to the music levels.” 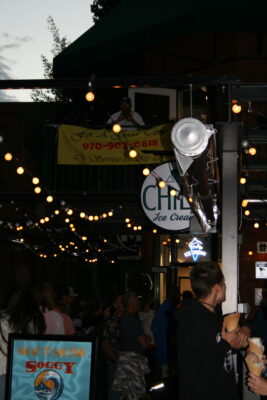 A DJ pumps out the tunes from Pizza Rio, competing with bands in Salida Riverside Park, while patrons crowd the street-level patio in front of Manhattan Hotel. Merrell Bergin photo

TW also noted that his wife spoke to the remaining bands on the schedule and asked them to either play acoustic or turn the amps down. Since this meeting, a petition has been created to “Support Live Music in Salida”.

The petition was first noticed by AVV staff while looking at the company’s Instagram page. Multiple local accounts were passing the link around. The petition was created on change.org and explains that the creators believe that some Salida community members are trying to “shut down live music at the High Side! Bar & Grill, as well as the other music venues in Salida.”

This petition also refers to Salida as an Arts and Culture District, when it is in fact the Salida Creative District.

Coming out of the lockdowns of the earlier timeframe of COVID-19, community members can now hear music throughout town on any given day. This doesn’t just include live bands but sometimes single musicians or even just a pair of speakers under a roof awning pumping music into the street.

It is clear that community members feel strongly about this on both sides of the issue. The topic was discussed by Salida City Council member Dan Shore during the Sept. 21 City Council meeting.

“One of the things I love about Salida is the sense of community and a big part of a community is the ability to communicate and have what can sometimes be really hard conversations,” said Shore. “I think about that right now there’s a petition circulating on the noise ordinance, and I think they’re close to a thousand people at this point.”

He continued “I truly believe if we had just gotten parties together a month, two months ago we could have worked this out. Right now, there are hard feelings and so I would just encourage everyone on this issue and any issue that comes up going forward; let’s sit down, let’s talk, because I think there’s a lot of heartache and headache on this that could have been avoided with some simple communication.”

Featured image: Music is coming from all quarters of the Salida downtown area these days. Here, a serenade with sound speakers from the top of a building at 110 West First St. Photo by Jan Wondra