“Stars and Strife” Documentary Asks Us All — Should Hate Divide Us?

The Truth Has a Voice Foundation is inviting Chaffee residents to join a community discussion focused on exploring the divisions in America that are impacting all of us, emotionally and economically. It is sponsoring a free showing of the 2020 documentary, “Stars and Strife”, beginning at 7:00 p.m. on April 27 at the Buena Vista Community Center, 715 East Main Street. 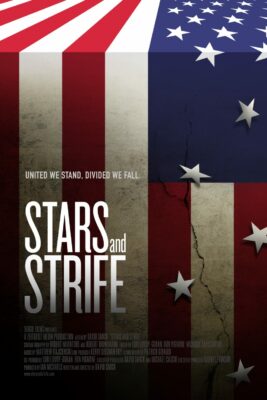 The film’s premise: “A common-sense majority is exhausted and eager for solutions. But they’re up against a hate industry devoted to contempt and division. Our politics value opponents’ demise over dialogue — and our elected officials put party over country.”

The free film asks “Can we come together and protect ourselves or are we divided forever?…can we rediscover empathy — the lost heart of our country?”

The documentary will be followed by a facilitated community discussion led by Anderson Horne of Colorado Mountain College.

This event invites readers to join the Truth Has a Voice Foundation and your neighbors from all along the political spectrum in learning how we got here and how we can find common ground on which to respectfully agree to disagree where we do and agree where we can, to find a better way of doing the nation’s business…for all of us.

The film is both cautionary and optimistic. It provides a clear-eyed impression of the rise of discord in American culture, and where it comes from, fueling the loss of a political center in politics.

Critics have described this portrayal of the current state of the two-party system and our dysfunctional federal government as accurate. They have also pointed out that the film offers some positive ideas on how this country can break the 60-year cycle in which we find ourselves.

From the beginning trailer with its fast-moving newsreel clips, historical still shots, and animation, the film is visually compelling and holds your attention. You’ll recognize a veritable “Who’s Who” of politicians, White House staff, business people, and thought leaders on camera, speaking from the heart about their learned experiences.

As the writer, director, and filmmaker David Smick says “Why are we wasting so much of our nation’s energy on hate, when we could be spending that energy and doing some amazing things?”

Editor’s Note: The Truth Has a Voice Foundation is a non-profit based in Chaffee County and its fiscal agent is the Chaffee County Community Foundation. It offers this free showing as a part of its mission to encourage civic engagement and to ensure that truth does indeed have a voice.