“Stars and Strife” Sparks Conversations and a Virtual Sequel on Saturday 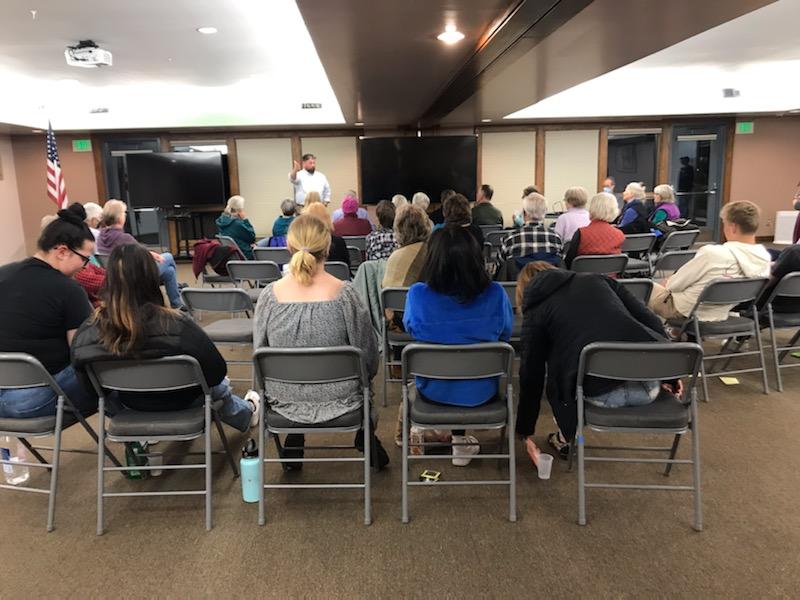 A springtime Wednesday night screening of “Stars and Strife” at the Buena Vista Community Center drew a crowd of more than 40, including nine students from Salida High School who turned out on a school night. 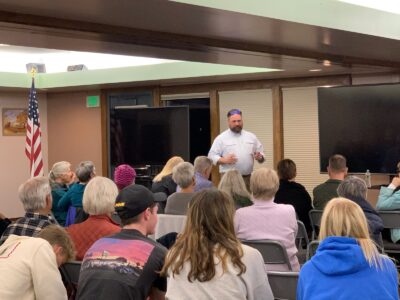 Anderson Horne leads a discussion after the screening of the film “Stars and Strife” at Buena Vista Community Center with four of nine Salida High School students in the back row. Joe Jordan photo

The event was sponsored by the Truth Has a Voice Foundation (THAVF), a Chaffee nonprofit focused on fact-based journalism, community outreach and civic engagement. Their teacher, Anderson Horne was the moderator for the panel discussion that ran into overtime after the compelling documentary.

While the numerous interviews, newsreels, and references to U.S. historic events were most familiar to audience members in the 40 and older age bracket, the film was up to date too. It included references to the economic burdens of the COVID-19 pandemic, domestic white supremacy rallies, and racist-driven, mass shootings, fueled by social media campaigns of misinformation and intolerance.

THAVF President Cheryl Brown-Kovacic noted some of her key takeaways from the movie:

The filmmakers offered some ideas on how to tone down growing societal intolerance and the perceptions and reality of government dysfunction by “working from the center”.  The audience which hailed from both ends of the county, self-identified as 36 percent centrist, 16 percent right-leaning, and the balance as left-leaning (or they chose not to say).  Audience members agreed with many of the film’s main conclusions and noted their additional ways forward:

The movie held the audience’s attention with non-stop sound bites, viewpoints, and visuals.  However, “Participants definitely wanted more opportunities to discuss the impacts of polarization, how to change the current lack of collaboration in government and how to shift the focus of governance back to the needs of citizens and away from gaining power and money”, said Brown-Kovacic.

At 10:00 a.m. this Saturday, April 30, another opportunity to engage (virtually) with people of differing viewpoints arrives.

The Unify Challenge for Colorado Invites You to Spend an Hour, One-on-One in an Active Listening Conversation 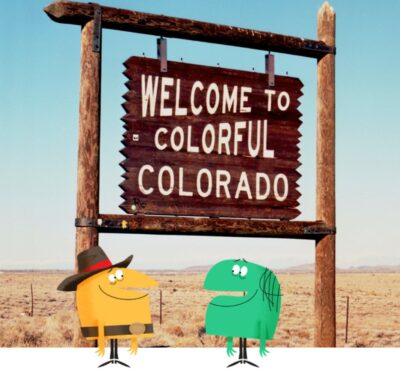 This free, virtual, joint non-partisan opportunity brings together Coloradans from across the state (virtually) to talk about critical issues like education, housing, public safety, and health care.

This active listening exercise is less scary than online dating and in a county like Chaffee, a chance to have an honest conversation with someone you might otherwise never meet, from a totally different background beyond your own comfort zone at home.

There are no commitments, no personal information, just a chance to show that Coloradoans don’t have to be divisive and dysfunctional like our national politicians.  The hope is that conversations like this will grow from the grassroots and show Washington the way it should be run.

These are things that matter in Chaffee County and worth spending an hour on a Saturday morning to learn how to actively listen to and share different points of view in a safe and productive way.

The Colorado Unify Challenge is being hosted by former Republican Secretary of State Wayne Williams and Democrat Colorado Attorney General Phil Weiser as part of the national Unify Challenge. This Ginsburg-Scalia Initiative of the Attorney General Alliance is committed to developing and celebrating the norm of respectful dialogue, listening and learning from different points of view, and collaborative problem-solving.

The challenge is a live one-on-one online conversation (like Zoom) with another Coloradan who may live across the state and have a different outlook on things. It’s not a debate. It’s an invitation to have a productive, frank conversation with a fellow Coloradan to find common ground and talk about issues Colorado faces.

If you’re over 18 and live in Colorado….you! From Mesa County in the West to Yuma County in the East; Larimer in the North, Chaffee/Lake/Fremont and Teller in the Central. Conejos in the South.

Featured image: Anderson Horne sets the stage for the “Stars and Strife movie and discussion sponsored by the Truth Has a Voice Foundation at the Buena Vista Community Center. Cheryl Brown-Kovacic photo