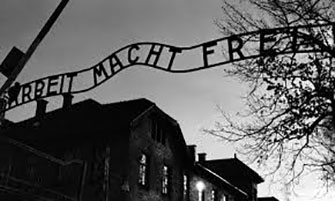 The subject of extremism was a topic of interest throughout Colorado even before the Jan. 6 violent insurrection instigated by former President Donald Trump that sought to overturn the results of the 2020 election.

FBI Director Chris Wray has condemned the January riot at the U.S. Capitol as “domestic terrorism” but he has also noted that the FBI investigates threats of violence, not ideology.

In fact, Director Wray testified before Congress today that right-wing violent extremist groups (a.k.a. militias) promulgated the violence leading up to and during the January 6 insurrection. Additionally, he directly rebutted claims by some members of Congress claiming Antifa (a German word for anti-fascist) was involved in the insurrection. “We have not to date seen any evidence of anarchist violent extremists or people subscribing to Antifa in connection with the 6th…”

It would seem that homegrown right-wing violence can no longer be ignored.

It has been nearly two months since the deadly Capitol attack. But since that time, a number of Colorado news organizations have been tracking comments on social media from individuals and organizations that indicate that extremism has developed its own vocabulary. They appear to represent an ideology that rejects our country’s “united states” structure, rejects the results of a free and fair election, and in one of the more disturbing trends, escalates terminology to extreme rhetoric that precludes representative government and democratic debate.

Some Colorado news organizations have received demands that we print false information about a variety of hot-button topics:

A disturbing letter arrived at Ark Valley Voice from a reader of a fellow news media in southwestern Colorado titled “Nuremberg Code”, containing disinformation linking the election and COVID-19 prevention to absurd claims, including that since 1871 the U.S. has been a corporation, therefore any presidents since then aren’t legitimate elected officials anyway. Really?

It begins with this question: “Do the people living within the several states of America have a legitimate lawfully operating government?”

Aside from the disturbing refusal to use the actual name of our country — referencing it by a right-wing extremist term “several states” (as if someone just announced there is a state of Northern Colorado or Northern California) there is this: petulant, repetitive magical thinking, and outright danger perpetrated by the lie that the election was not a free and fair election in which a majority of Americans voted for the other guy. 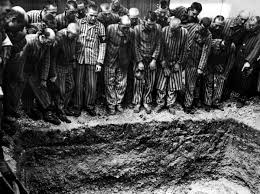 The liberation of the Dachau Concentration Camp by American soldiers at the end of World War II revealed the full extent of the Nazi agenda — to have blamed and exterminated those they did not see as fully human for their imagined grievances. Image courtesy of The History Channel.

There is also a disturbing, out-of-context reference to Nuremberg that amounts to a dog whistle to white nationalist violent extremist groups operating throughout Colorado and the rest of the country. The letter says that “now that Democrats have seized control of the United States corporation, let’s take a look at the crimes against humanity they are committing.”

It goes on to reference 1947 Nuremberg, Germany, following World War II, when American judges held what the writer calls “Doctors’ Trials”. In fact, the Nuremberg Trials were held by the Allies for the purpose of bringing Nazi war criminals to justice following World War II for their crimes against humanity.

To set history straight: “Nuremberg” was Hitler’s Nazi party gathering spot: called the “City of the Reich Party Rallies” where hundreds of thousands of the Nazi faithful gathered for worshipful rallies for dictator Adolf Hitler.

Several Nazi edicts were published there, including documents that legalized the persecution of the Jews.

The series of 13 trials between 1945 and 1949 included Nazi Party officials and high-ranking military officers along with German industrialists, lawyers, and doctors, who were indicted on such charges as crimes against peace and crimes against humanity for their roles in murder, torture, and extermination.

The letter writer went on to claim that “to strengthen the hippocratic oath, the Nuremberg Code was created to protect individual human rights and dignity in connection with medical care and development of medicine and its associated practices”, and therefore the government can’t require that we take vaccines. But he is wrong in that this code addressed human experimentation without allowing an individual to agree to the experiments, not vaccines.

The Nazi atrocities killed millions of people. They included unspeakable experimentation on concentration camp victims; injecting diseases into healthy people, exposing them to toxic materials such as mustard gas, petrol, and chloroform to study the chemicals’ effects. One infamous medical officer Josef Mengele, was known as “the angel of death”.  Mengele was a part of the SS the elite squad of Hitler’s bodyguards which became a secret police force, waging campaigns of terror in the name of Nazism. He instigated gruesome atrocities: he plucked out the eyes of Gypsy corpses to study eye pigmentation and conducted numerous gruesome studies of twins, including turning the skin of identical twin children into matching lampshades. He escaped prosecution and died on March 2, 1979, in Brazil where he had been in hiding.

Featured image: The Auschwitz death camp gate, courtesy of the Embassy of the Holy See on the 75th anniversary of liberation. The message on the gate “work makes you free” was the motto on shirts worn by some of the insurrectionists who attacked the U.S. Capitol on Jan. 6.