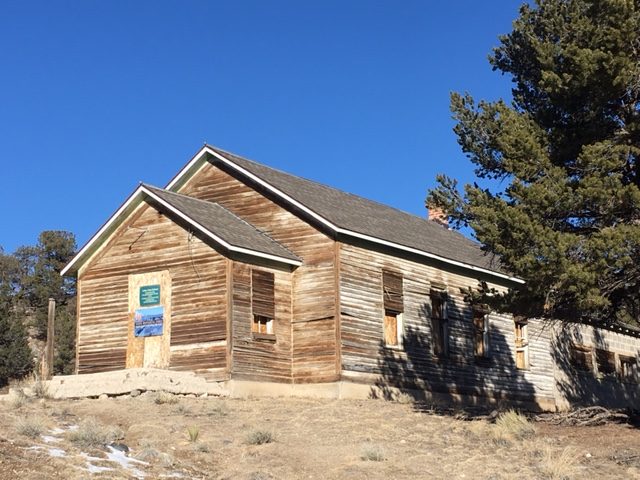 In an agreement that has been literally years in the making, it appears that the entities with interest in what will become the restoration of the historic Valley View School have reached a peace agreement, after some testy exchanges over the past several months. The initial step appears to please the family of the original property grantee while allowing the parties to move ahead with historic preservation.

The Chaffee Board of County Commissioners (BoCC) unanimously approved a subdivision exemption resolution approving the Valley View School subdivision exemption for public benefit. The property is in the midst of a transaction agreement, that when finalized, will transfer ownership of the property from the Salida School District to Chaffee County, to be managed by Salida Parks and Open Space and Trails (SPOT).  This will then allow for historic preservation to proceed. The plan is for it to be used as a headquarters for GARNA for their environmental and nature education classes and workshops.

There weren’t many conditions attached to the exemption request, but some issues do remain. Among them; reinforcing the intent of George Richardson when he gifted the school, the construction of fences and specifically the agricultural ditches that run at the edges of the parcel, which remain the property of the Richardson family. The ditch locations will need to become plat notes on the new documents.

“The real concern,” says Asst. County Attorney Daniel Tom,” is what rehabilitation of the structure meant – what it meant in the use of the building when the original gift was made. There were concerns from the family who donated the school…for their ditches, for how it would be set up.”

The one-room Valley View school building, located 8465 CR 140, east of the Salida Airport and about two miles west of Salida, was built in 1903. It was listed on the National Register of Historic Places in 2003.

The rural one-story wood frame schoolhouse was built in part by the Works Progress Administration. It was donated to the Salida School District in Aug. 2004 by Chaffee rancher George Richardson, who had bought it to preserve it.

The small school faces south; a roughly 36 ft. by 22 ft. clapboard structure. It has a roughly 25 by 22 ft. concrete block addition built in 1936 during the depths of the Depression, by the Works Progress Administration, and two outdoor privies.

Members of the Richardson family spoke during an earlier BoCC session, saying that they had not been consulted in the years since the original gift, nor now — about the transfer of the historic building from the school district to SPOT. They expressed concerned about preservation of their ditches, but the preservation of the building “as-is” without additional structures being added.

In approving the subdivision exemption for public benefit, Commissioner Greg Felt confirmed that the county expects the responsible groups will contact the Richardson family, with acknowledgement that they understand and will honor the parameters of the original bequest.