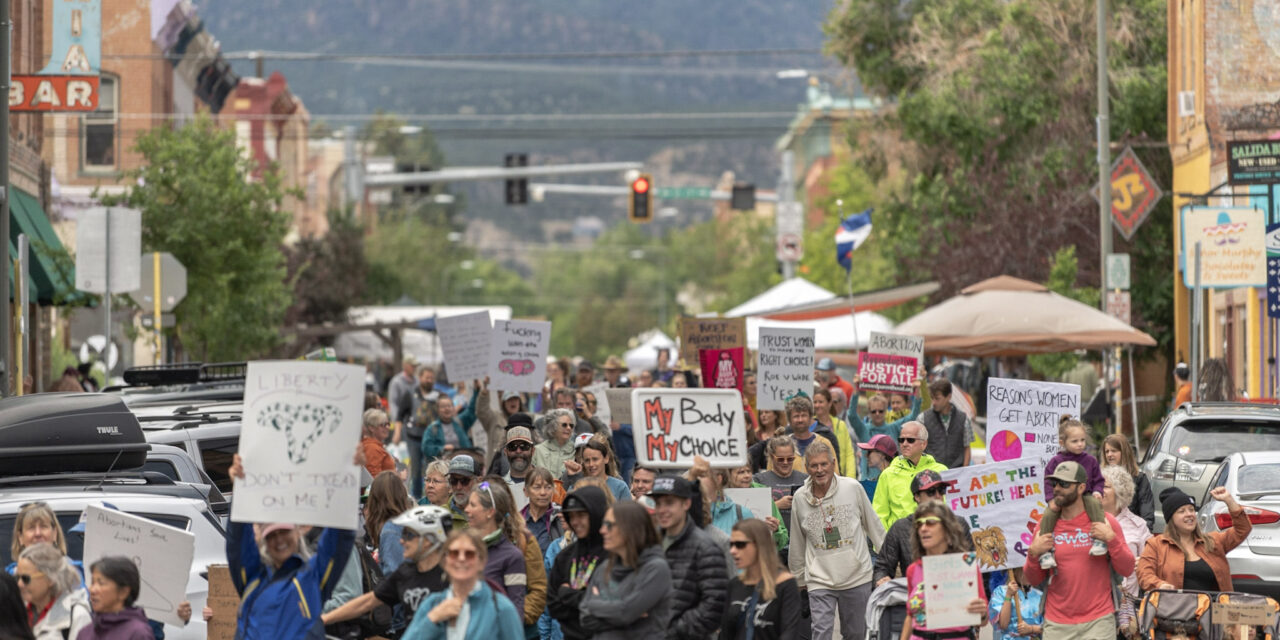 The decision last Friday by the United States Supreme Court (SCOTUS) to completely reverse the court’s 1973 decision known as Roe v. Wade has upended what had been considered a 49-year-old “settled law” and changed the future of this country. The result, say those attempting to sort out the situation is “pure chaos and fear.” The situation touches quite literally, every American, and especially women and girls, whose constitutional rights have been taken.

As pointed out by Ark Valley Voice last week, this is the first time in history that a Supreme Court has withdrawn a guaranteed Constitutional right. But stepping into the void created by the withdrawal of that Constitutional right to privacy has been a confusing and terrifying patchwork of state laws, state threats to prosecute women and those who aid them, to track their mobile phone data to identify women who they suspect of getting abortions, and to prevent women from crossing state lines to get reproductive services.

In light of that, the word chaos does not seem adequate to describe the confusion, fear, anger, and frustration of millions. They see this as a direct attack upon bodily integrity that is the hallmark of the pro-choice population. Those who believe in a woman’s reproductive rights represent more than 66 percent of the United States population. Young women of child-bearing age in particular are stunned.

Others who describe themselves as pro-life are celebrating the confusion, and are thrilled that SCOTUS described pregnancy as beginning at the moment of conception (and some are already setting their sights on other privacy topics related to procreation; specifically access to contraception.)

Already 13 Republican-controlled states that either had set up new trigger laws to take effect as soon as Roe v. Wade was gone (Arkansas, Idaho, Kentucky, Louisiana, Mississippi, Missouri, North Dakota, Ohio, Oklahoma, South Dakota, Tennessee, Texas, Utah and Wyoming all have trigger laws) or had ancient (the 1800s) laws on the books that were never repealed when Roe v. Wade became the law of the land. Proposed state constitutional amendments to take away abortion rights are on the ballot in Kansas this August, and in Kentucky this November. 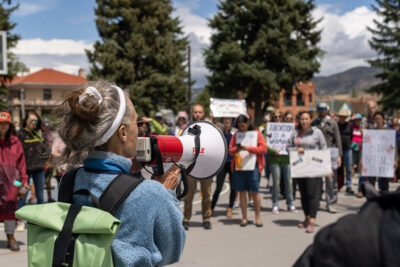 Speakers address crowd at Alpine Park in Salida for a rally on June 26, 2022. Daniel Flanders photo.

Some anti-abortion laws took effect immediately, others in 30 days. In some states even with a waiting period, reproductive health care clinics shut down immediately, others proceeded cautiously. One clinic, the Red River Women’s Clinic in Fargo North Dakota is quite literally moving a mile across the Red River into Moorhead, Minnesota, where the state constitution protects abortion rights.

Other states such as Colorado, had already moved to protect the right to privacy, including abortion, within their state Constitutions (HB2022-1279 Reproductive Health Equity Act.)

Signed into law on April 4, 2022; “The bill declares that every individual has a fundamental right to use or refuse contraception; every pregnant individual has a fundamental right to continue the pregnancy and give birth or to have an abortion; and a fertilized egg, embryo, or fetus does not have independent or derivative rights under the laws of the state.”

The anti-abortion efforts are growing