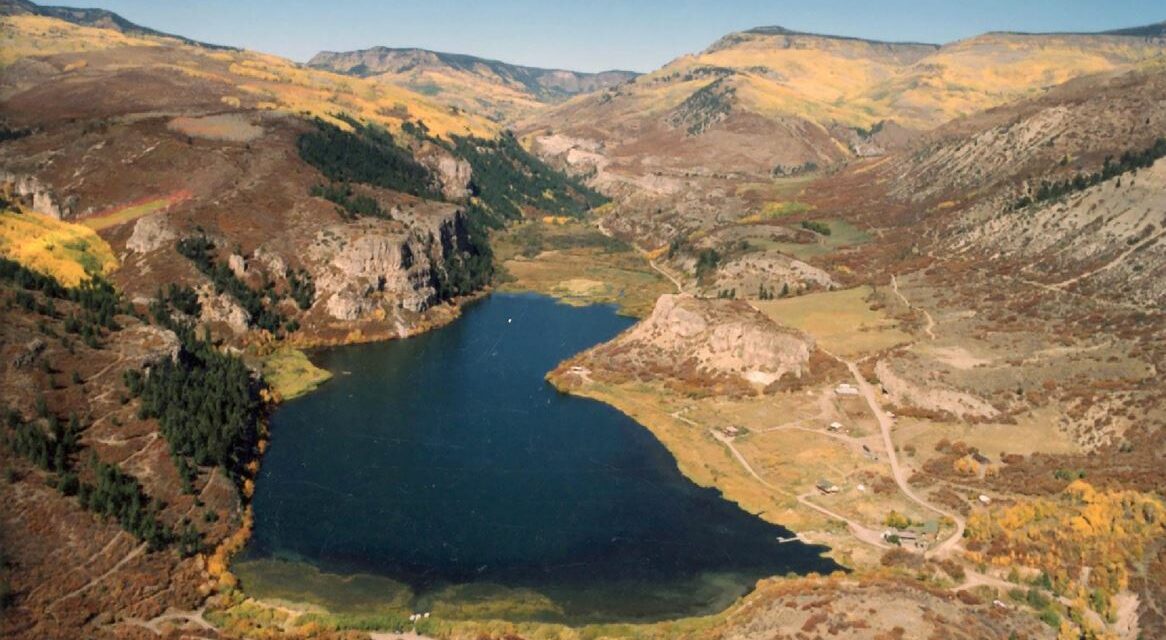 The partnership among Colorado Parks and Wildlife, the U.S. Forest Service, and Eagle Valley Land Trust (EVLT) creates Colorado’s 43rd State Park. The partners are developing a long-term management plan to improve recreational facilities and maintain the unique character of the area.

“Sweetwater Lake is simply gorgeous, and has great potential for even more recreational opportunities like a campground,” said Polis. “This is the first of its kind partnership in Colorado to create a State Park on U.S. Forest Service land, and we look forward to working with our partners and Coloradans with the ultimate goal of adding Sweetwater Lake to Colorado’s world-class State Park system for fun, conservation, education, and to support job growth for the region.”

The White River National Forest acquired the 488-acre Sweetwater Ranch in Garfield County on August 31, 2021, through a federal Land and Water Conservation Fund (LWCF) purchase.  The area had been identified among the top 10 priority LWCF purchases nationwide to increase public recreation opportunities as well as to protect the area’s important wildlife habitat, cultural and scenic values.  This LWCF purchase followed the acquisition of the property in 2020 by The Conservation Fund, which was made possible by a loan from Great Outdoors Colorado and local fundraising efforts such as the “Save the Lake” Campaign organized by EVLT.

“Sweetwater Lake has tremendous ecological and cultural values and outstanding opportunities for recreation.  This partnership allows the White River National Forest to incorporate the local expertise of the Eagle Valley Land Trust and the recreation management and wildlife expertise of Colorado Parks and Wildlife to best serve visitors to the area,” said Rocky Mountain Regional Forester Frank Beum.

The acquisition of the ranch property significantly increases the existing public access to the lake, but as yet, there is very little infrastructure currently in place to facilitate public recreation. By June, 2022, there are plans for improved facilities, including a new boat launch.  Additional buildout will follow the completion of a long-term plan, in consultation with the public, for expanding and managing the recreational opportunities at Sweetwater Lake while preserving the unique, relatively undeveloped nature of the property.

“Sweetwater Lake is a hidden gem, both as a destination and gateway to the Flat Top Wilderness. The partnership formed to protect and manage this unique landscape is an extension of the state and federal commitment to shared stewardship, which the Governor and U.S.D.A. initiated in 2019,” said Dan Gibbs, Executive Director, Colorado Department of Natural Resources.”

Polis has signed several pieces of legislation that provide more opportunities for Coloradans to go out and recreate, and measures to protect the state’s outdoor beauty, and sustainable protections. In June he signed the Keep Colorado Wild Pass bill, creating an optional low-cost state park and public lands pass, cutting the current cost by half or more by 2023.

“Colorado Parks and Wildlife is excited to modernize facilities and provide updated and sustainable recreational services through this partnership. Our main priority is to conserve the unique character of the area while improving access to this incredible property,” said CPW Director Dan Prenzlow.

Colorado is home to more than 22 million acres of public lands, ranging from wetlands to forests, canyon landscapes to mountain lakes. Governor Polis is a strong supporter of Colorado’s outdoors and has fulfilled his pledge to double the amount of publicly accessible land trusts enrolled in the Public Access Program.