The Clock is Ticking on the Colorado Primary Season

The 2022 Colorado primary election is coming up June 28, and a familiar pattern of careful preparation has the Chaffee County Clerk and Recorder’s Office buzzing. 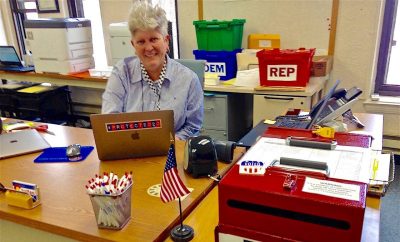 As of Thursday, May 26, this is the snapshot of the county voter registration numbers for Democrats, Republicans and unaffiliated (UAF) voters:

Clearly, the overwhelming number of unaffiliated voters could have an impact on the primaries, and in Colorado they can vote in the primaries of either of the two major political parties (but they must select which party; UAF’s can only vote in ONE primary).