The Colorado School Board Waters are not Calm: Part I – Protest This year, there is nothing staid or routine about many of the school board elections across the state of Colorado, or the nation for that matter. Even in normally calm mountain school districts of Chaffee County and Summit County, there is turmoil beneath the normally placid waters, with some candidates running for school boards who won’t appear at public forums, who appear unwilling to answer media questions, and in at least one case, who aren’t revealing the sources of the unusually large donations they are receiving. 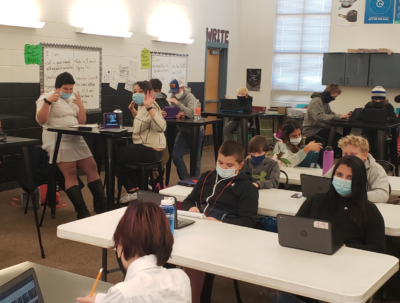 In school district after school district across the nation, the extreme views exposed by the national mantra of former President Donald Trump and the right-wing state candidacies perpetuate the Big Lie; that voter fraud occurred in the 2020 election. While this is not true, it continues to pollute this year’s coordinated election.

The actual national directives making the rounds express the worst of the disinformation regarding “you name it”: election conspiracy theories, claims that those who didn’t vote for Trump are communists, undermining of county election officials, cabals of satan-worshipers, the uproar over obscure theories that are barely taught in graduate-level coursework, let alone public schools.

Alongside the chaos and violence, there is a parallel effort to replace incumbent school board members with right-wing ideologues who oppose public safety measures and teaching students about racism. That they are running, by and large, as non-partisan, may reveal a concerted effort to hide their true agendas.

That the chaos has trickled down to the local level is not an accident. As early as March, 2020, Ark Valley Voice obtained a copy of a Chaffee GOP missive that directed local Republicans to join as many local groups as possible, to protest school policies, and to run for school board; saying that the goal is to create a majority presence within groups.

“We desire all of our members to consider becoming involved in Chaffee County institutions,” the latest message reads. “Our goals are to help the valley reinstate our past western heritage of security, freedom, independence, and cooperation.”  It goes on to urge GOP members to get involved in organizations such as Turning Point USA, Wall Builders, Constitution Alive, Chaffee County Patriots, A-21, Chaffee County Economic Development Corporation and the Pregnancy Center; etc.

The disinformation campaign behind candidates across the state is being dished out at the national level and is finding its way in bits and pieces of claims lifted from Trump communications and through the national GOP into state-level communications. The name given by Republican operative Steve Bannon to that process: a “Trumplified Republican Party”

Behind the heightened attention on school board races is a loose network of conservative groups with ties to major Republican donors and party-aligned think tanks urging local activists and parents to engaged in culture war fights in schools across the country. They might begin with concerns of parents opposed to school policies on racial history or COVID-19 protocols like mask mandates, the groups are often run by political operatives and lawyers standing ready to amplify local disputes.

After interviewing the new Chaffee GOP Chair Alan Seeling, who’s charm offensive did not provide any information about the group’s goals or programs, Ark Valley Voice has seen the recent Chaffee GOP communications about their goals. It contains segments pulled from various national and state GOP communiques, and goes on to confirm that the county GOP is “working directly on school board elections supporting organizations that are putting on School Board Forums; and on the State GOP Election Integrity Committee, attempting to swim upstream against the Democratic machine that is attempting to institute election changes that would overwhelm any attempts to limit voting to the real citizens, here and statewide.”

According to Seeling, the Chaffee GOP is developing “a website where citizens can go to retrieve the latest news and information … called the Chaffee County Clearing House.”

Campaigns of Grievance and Denial

In more than 1,300 school districts across the country, furious, vocal, and sometimes armed right-wing parents and agitators have shown up at school board meetings, disrupting proceedings, vocal and in social media threats to school board members, school administrators, teachers, and pubic health officials. In fact, the militia group the Proud Boys has begun working with parent protest groups and conservative school board candidates in several states, instructing them in how to disrupt and threaten elected officials, school administrations, and teachers. 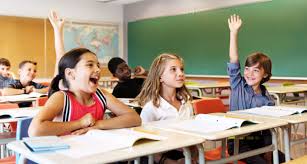 Their grievances: everything from COVID-19 testing, to school mandates for protective facemasks, and COVID vaccines. But it doesn’t stop there. These agitators’ threats include objecting to school curriculums, demanding classroom cameras, complaining that their children are being made to feel guilt over discussions of racism, and general (misinformed) ideas that communists are taking over schools.

In Southlake Texas, a suburb on the edge of Dallas, a minority of parent complaints about their kids reading from books that cover racism, slavery, and now the Holocaust, have led the Carroll Independent School District to begin to ban books.

A Carroll staff member secretly recorded the Friday training and shared the audio of a top school official with NBC News:

“Just try to remember the concepts of [House Bill] 3979,” Peddy said in the recording, referring to a new Texas law that requires teachers to present multiple perspectives when discussing “widely debated and currently controversial” issues. “And make sure that if you have a book on the Holocaust,” Peddy continued, “that you have one that has an opposing, that has other perspectives.”

“How do you oppose the Holocaust?” one teacher said in response.

Another teacher wondered aloud if she would have to pull down “Number the Stars” by Lois Lowry, or other historical novels that tell the story of the Holocaust from the perspective of victims. It’s not clear if Peddy heard the question in the commotion or if she answered.

It makes one wonder if next, we may hear that “The Diary of Anne Frank” is banned in Texas.

Featured image: Aug. 12, 2021, file photo, protesters against a COVID-19 mandate gesture as they are escorted out of the Clark County School Board meeting at the Clark County Government Center, in Las Vegas. Photo by Associated Press.

Editor’s notes: this is Part I of a two-part examination of school board races. In Part II, we’ll examine the interesting financial aspects of some campaigns.