The COVID-19 Vaccines Are Coming — But Not Yet

In what will be the first step in taking back our world from the coronavirus known as COVID-19, drug-maker Pfizer announced this morning that the United Kingdom has become the first to authorize the use of its ultra-cold vaccine, which has just emerged from a successful clinical trial.

“This is the beginning of the end of the pandemic,” said the lead Pfizer researcher to NBC’s Foreign Correspondent Richard Engel last night. 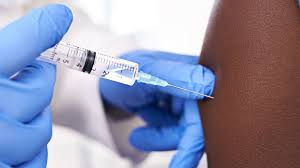 Three vaccines have been developed in what is considered record time in a field where it can take years to develop vaccines. In addition to the Pfizer vaccine which must be stored at temperatures less than 90 degrees below zero, Moderna has developed a vaccine that while still requiring cold storage to ship and hold, can be stored at much higher temperatures.

Both the Pfizer and the Moderna vaccines have been submitted to the U.S. Food and Drug Administration (FDA) for emergency authorization for use, which is expected to take around two weeks. If approved, shipment is expected to begin before the end of the year. While millions of doses are already being readied to ship, the U.S. is a country of 330 million people.

Which then leads directly to the next questions: who gets it first and who gets what?

Late Tuesday, the CDC vaccine oversight committee, which was charged with making those decisions, announced that the first designated to get the new vaccines in the U.S. will be front-line workers and nursing home residents and workers.

As to which vaccine will be used  and where, that is up to the public health departments. of each individual state and the characteristics of their counties. 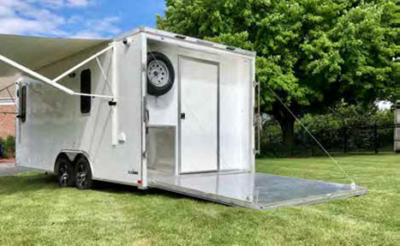 Chaffee Dept. of Public Health has ordered a mobile trailer for rapid testing and vaccine use. Courtesy photo.

Here in Chaffee County, Chaffee County Public Health (CPHD) Director Andrea Carlstrom announced on Monday that CPHD will distribute the Moderna vaccine, while plans are for the Heart of the Rockies Regional Medical center (HRRMC) to use the Pfizer vaccine for their staff and front line workers.

Some months ago Chaffee County Public Health, relying on some of the COVID-19 CARES Act federal funding, ordered a mobile unit for use for both testing and vaccine administration. It is expected to be delivered later this month.

The selection of the Moderna vaccine for public health use is considered the most expedient for use to reach in multiple locations because its storage requirements are more easily met. The HRRMC Board has already discussed acquiring an ultra-cold storage freezer for the Pfizer vaccine it plans to use.

It should be pointed out, that clinical trials of all the vaccines shown to be effective to date have included no trials for use of the vaccines on children or pregnant women. Those have yet to be done.

Until the FDA approves either vaccine, distribution plans are just that — plans. which means that Chaffee County, Colorado, and the nation still face a cold, dark winter, where COVID-19 cases continue to surge.

As of this morning: 13.8 million cases,  hospitalizations higher than last spring, and more than 271,000 dead. November alone saw 37,000 dead from COVID-19, a rate double October deaths, and triple September. In the U.S. a person is dying every minute of every hour, of every day from COVID-19.