Prize Pack Valued at over $400

Winner will be drawn August 20th at 7:00pm at Turner Farm. You do not need to be present to win.

The Buena Vista Heritage Museum is proud to present the exhibit “Edward S. Curtis: Unpublished Alaska,” comprised of unpublished Edward Curtis photographs taken in Alaska, on loan from the Curtis Legacy Foundation. This show opens on August 1st and runs through August 15th. 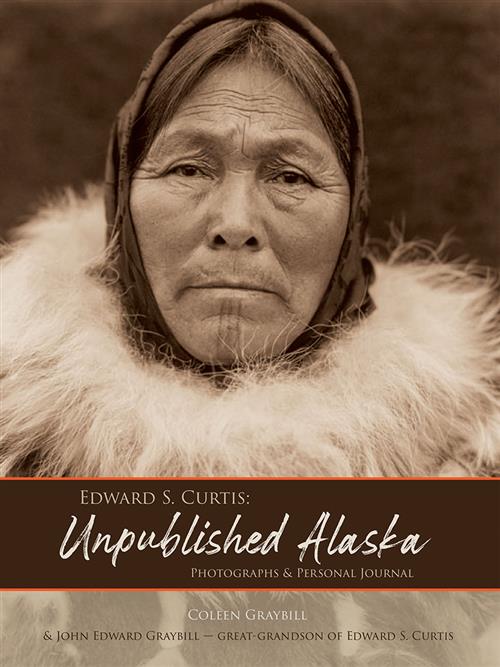 This extraordinary exhibit is based on the recently released book Edward S. Curtis: Unpublished Alaska, Photographs and Personal Journals written by Coleen and John Graybill. John is the great-grandson of Edward Curtis, and their foundation is based right here in Buena Vista.

After spending more than 30 years photographing and documenting the North American Indians, Edward Sherriff Curtis (1868-1952) has become world-renowned for his portrayal of Native life prior to assimilation. His three decades of work culminated in a 20-volume encyclopedia with a portfolio of additional large photogravure prints to accompany each volume. Every image included depicted the life, beauty, and dignity of the Native Peoples he came to hold in high esteem.

We invite you to visit our exhibit and walk-through time as Edward Curtis takes you on his harrowing journey on the Bering Sea in the summer of 1927. As written in his personal journal, his first-hand accounts bring to life his final field season to complete The North American Indian project. This Alaskan voyage is truly an example of the tenacity it took for Curtis to complete his grand opus. Between the towering gale-driven seas breaking over the deck, the blizzard snow conditions, the falling barometers, and the hole in the boat, it is a miracle he and his crew lived to tell this story.

Included with excerpts from Curtis’ historic journal will be 16 of the 100 previously unpublished photographs included in the book. These images have been seen by a few and are sure to add cultural and genealogical information to Alaska’s already rich history and delight every Curtis fan across the globe!

Coleen and John Graybill will be giving two different presentations, talking about his great-grandfather’s life and work and how they are carrying the Curtis legacy forward with their Descendants Project and this book. They will also be on hand for book signings to acquire your very own 9” x 12” 300-page coffee table book, making an excellent addition to your personal library.

Edward S. Curtis: The Legacy and the Man – John and Coleen Graybill, great-grandson of Edward Curtis, not only are outstanding experts on Curtis’ works and life, but they also are deeply passionate about preserving Edward Curtis’ insights and understanding of Native American culture. With their love for photography and history, John and Coleen will weave the bond between Curtis’ images and his passion for sharing the indigenous lifestyle and spiritual ways. The family tradition is to be continued.

Edward S. Curtis: Unpublished – Occasionally, unpublished Edward Curtis photographs surface, but never in history has 100 emerged at once! Join Coleen and John Graybill, great-grandson of Edward Curtis, to share how these images came to the surface, their significance, and details about the book and the Alaska Natives.