The Great Colorado-Texas Tomato War is On

The rivalry between Colorado and Texas is usually good-natured; focused on sports or who makes the best BBQ and that Coloradans might like Texans to stay home. Obviously, we’ve got them beat on the mountain peaks thing. But this year with the revival of the Great Colorado-Texas Tomato Wars, things could get, well — messy.  The ‘second renewal’ of the great tomato war is set for Sept. 17, 2022, featuring some two tons of well-ripened tomatoes as ammunition, and teams of good-natured tomato-throwers from both states.

This year the event will be held on donated pasture land just north of the intersection of CR 140 and CR 250. A pasture is ideal say organizers because when the war is done (or won) the animals can come out to help clean up the evidence of battle. 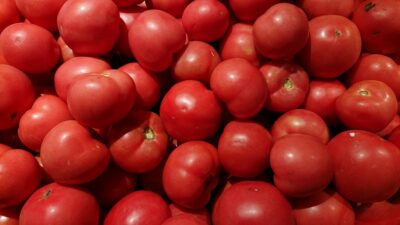 The event is a fundraiser for the Rotary Club of Buena Vista, helping it to fund its Dolly Parton Imagination Library program and donations to the Rocky Mountain Cystic Fibrosis Foundation.

As an organizer, David Holt assures us that “Tomatoes will fly.” But all will be in good fun, for a good cause and the animals help clean it up.”

The Dolly Parton Imagination Library is an early reading program. Children who are enrolled get age-appropriate books mailed to them each month at their homes. It fuels an early love of reading and encourages literacy. The program is widely popular in the county.

Cystic Fibrous is a progressive genetic disease that limits the ability to breathe, reduces the quality of life, and reduces life expectancy.

Rotary Club President Jeff Wahl said “The Great Colorado-Texas Tomato War theme is just an excuse to have fun. And that’s what we have [planned] for participants and spectators alike. Fun.”

Holt says that “I never imagined so many people could have so much fun throwing tomatoes at each other.” He adds that this year the event organizers have added a band, food trucks, and a Bloody Mary Bar (naturally). There will also be skydivers (will their target be a giant tomato?) and a kids-only Tomato War. Word is they are planning to build a TomAlamo (a hay bale defense which apparently will be defended by Texans and maybe Davy Crockett). There is no word if there will be water hoses to clean up the participants.

Holt says they have almost everything they need — “except we need more Texans. We’ve registered a team from Texas Tech, but we’re hoping more Texans will come out to defend their state’s honor.”

The event is a revival. According to Wikipedia, the Colorado-Texas Tomato War is an annual event held at Twin Lakes, Lake County, Colorado. It was started in 1982 by local hotel owner Taylor Adams, ended circa 1991, and was revived in 2011.

Details of the event and access to register as a participant are available at www.TomatoWar.org