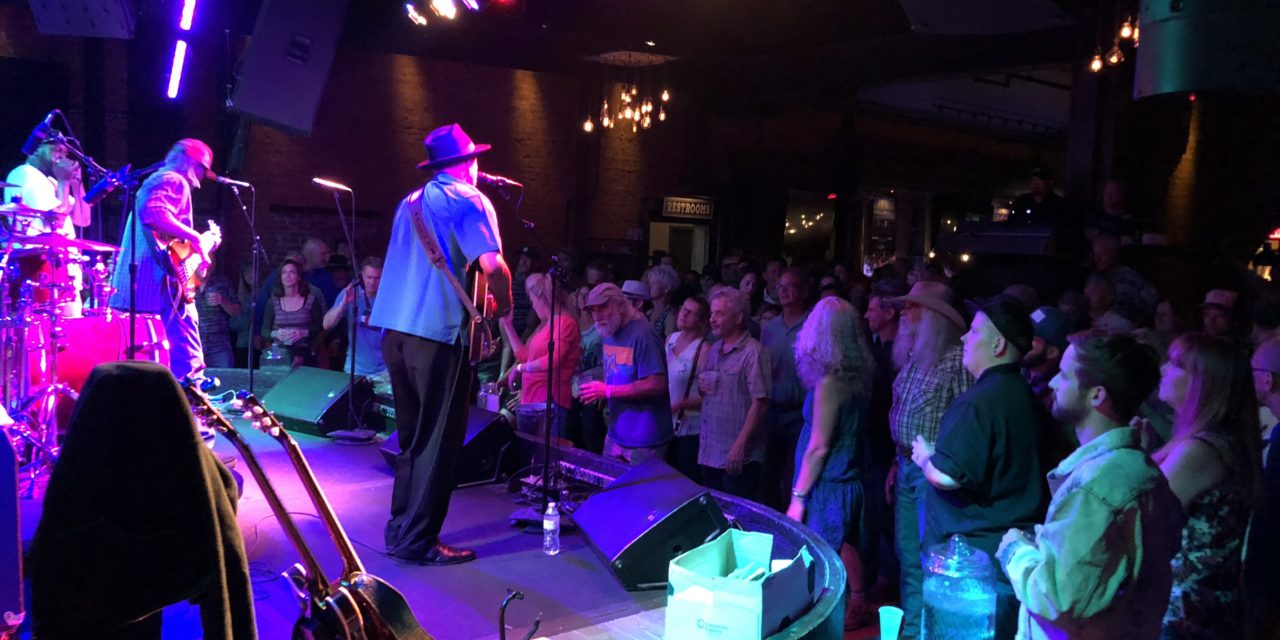 Court and Robbie Johnson, owners of the Lariat in downtown Buena Vista, are dedicated to developing the music-scene in Buena Vista. As part of their focus, The Lariat will be closed from April 1 to April 11 for the installation of a brand-new, high-quality sound system.

After renovating the popular restaurant in the spring of 2016, the Lariat has become a hub of quality music and entertainment. The equipment upgrade includes installation of the new Midas Pro 3 Digital Sound Board, and the Meyer Sound Lina Line Array Speakers and Subwoofers. 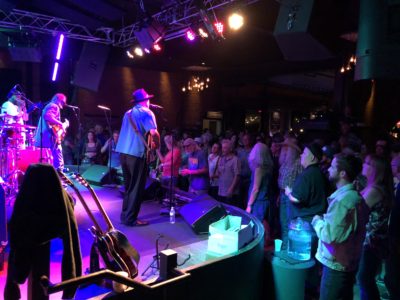 John Primer performing at the Lariat. Primer is the former band leader of Muddy Waters and one of the last remaining original Chicago blues singers. Photo courtesy of The Lariat.

The Dave Mathews Band, Metallica, U2 and Buena Vista favorite Dierks Bentley all tour with the same sound system.

“This will be a game changer.” Court Johnson said. “We want to do our part to keep the momentum going. Not just for The Lariat, but for the town and the whole valley.”

Leo Accaira, who designed and installed the Lariat’s current sound system, suggested the Meyer system would be perfect for the Lariat.

During a trip to Fort Collins, the Johnsons and their sound team toured Washington’s. This brand-new establishment recently completed a $25 million renovation and currently utilizes the Meyer system.

“When Production Manager Kevin Gregory was kind enough to invite us for a ‘grand tour’ we were blown away,” said Court Johnson.

It’s no secret that Buena Vista offers the highest quality opportunities for outdoor adventure. From rafting, hunting, hiking, camping and fishing, Buena Vista has established itself as a place synonymous with recreation. Now the Johnsons appear focused on the innate potential for the Arkansas Valley as a thriving music destination and believe it has yet to fulfill that potential.

By offering quality music and night-life to the numerous vacationers, tourists and adventure seekers, the Johnsons are building on top of Buena Vista’s already popular reputation.

“[Buena Vista] has, in a remarkably short period of time, gained a reputation as a music town. Not only in Central Colorado but statewide and beyond,” Court Johnson wrote in a statement to the Ark Valley Voice. “With two indoor music venues, The Lariat and The Ivy Ballroom, and music festivals like Campout for the Cause, Rapids & Grass and Seven Peaks Country Music Festival all finding a home in our community, music in Chaffee County has just reached a new high.”

The recent efforts to improve the music scene in the Arkansas Valley and the subsequent interest from patrons and musicians alike is encouraging.

“The Lariat has played a significant role in the changing the music scene in the Arkansas Valley,” Court Johnson wrote to the Ark Valley Voice in an email. “[We] have a reputation amongst musicians and music fans as one of the best rooms in the state.”

The Lariat will resume entertaining the public on Friday, April 12 and Saturday, April 13. Friday night will feature Halden Wofford & the Hibeams (said to be the best Honky Tonk band in the state), while Jeff Crosby & Refugees perform on Saturday.

“We invite you to come to experience the new sound for yourself.” Court Johnson said. “Come get blown away!”