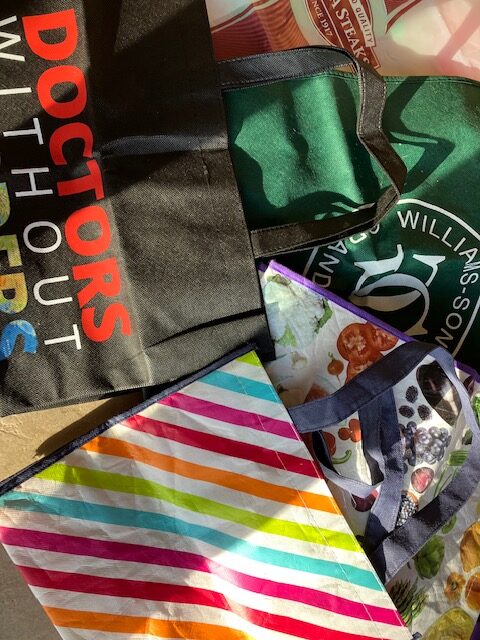 As Colorado residents and our guests get ready to ring in the new year on the stroke of Midnight Saturday evening, there’s a change in store that some will welcome, but it may be a shock to the vast majority of shoppers.

Not only will they no longer be asked “paper or plastic?” but those who don’t arrive to shop with their own reusable bags will find that bag fees will be charged. 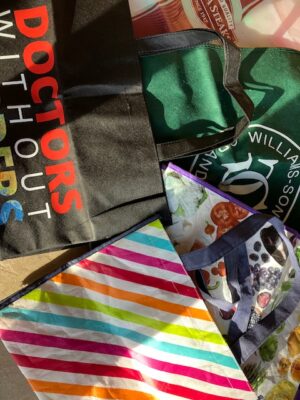 Colorado shoppers will begin to experience these big changes on January 1, 2023. Whether shoppers are headed to groceries, convenience stores, liquor stores, pharmacies, or other retailers, the new laws apply in all these places.

Big box retailers are having to adjust too. The familiar “Attention Walmart shoppers,” announcement will become more strident in Colorado come January 1;  you had better be prepared to bring your own bags with you to check out — or pay more for the bags.

A Walmart spokesperson confirmed that the Bentonville, Arkansas-based retail giant will stop offering single-use bags, both plastic, and paper, in its Colorado stores on New Year’s Day.

Under the bill, Colorado will charge customers 10 cents per paper or plastic bag used at most grocery stores, liquor stores, retailers, and restaurants starting January 1, 2023. Not only are single-use plastic bags banned — but come 2024, so are the polystyrene foam containers used for carry-out and take-out food at restaurants.

Paper bags will no longer be free either; there will be a 10-cent/bag charge there too.

The purpose of all this is not to be a Grinch — but to cut down on the materials going into our landfills. Some 60 percent of the bag fee will go to local jurisdictions for recycling or composting programs and related administrative costs, and the rest is for the businesses who are being asked to charge and collect the fee.

There are some exceptions:

There is a little-known aspect of the bill that may generate discussions and local debate come 2024. The bill allows local municipalities to enforce plastic bag bans that are stricter than the state’s, starting in July 2024.

This is the bill’s timeline: