The Portland Protests and What They Really Mean 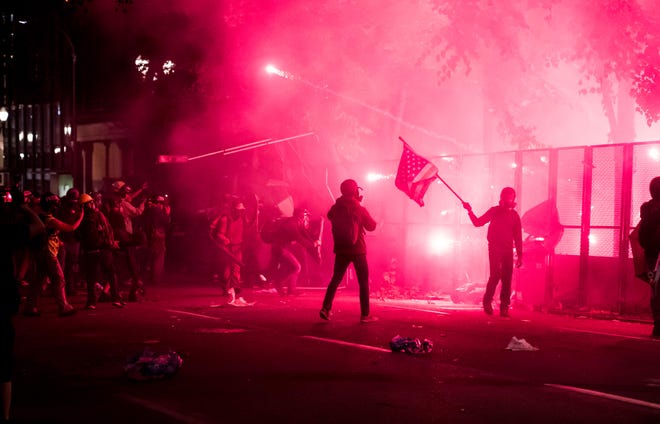 For more than eight weeks, Portland police have clashed with protesters speaking out against racism and police brutality brought to light by the Black Lives Matter movement.

Tensions have escalated between protesters and police and many citizens have been tear-gassed and pepper-sprayed. But in addition to the initial reasons for the protests, another just as serious threat to American democracy lurks below the surface. While a truce appears to be quieting the protests momentarily, many see the Portland experience as a dry run for future authoritative actions.

What began as peaceful protests, is protected by the First Amendment of the American Constitution; “the right of the people peaceably to assemble,” and the “right to petition our government for redress of grievances.”

President Donald Trump and his administration have sent Federal officers from the U.S. Marshals Service and the Department of Homeland Security (DHS) to thwart the protests under the guise of “law and order”. Their incendiary presence appears to have made the situation more volatile: local officials have noted that the Feds have done everything but stop the violence and have furthered terrified citizens by driving around in unmarked vehicles and pulling people off of the street and detaining them.

To make matters worse, they are unidentified officers. Videos of such incidents can be found all over social media. One month ago, Marshals severely wounded Donavan Labella when they shot him with a “less-than-lethal” weapon. Labella sustained a fractured skull from the incident.

On July 23, Mayor Ted Wheeler was tear-gassed along with protesters. “I can tell you with 100 percent honesty I saw nothing that provoked this response,” Wheeler said in a video circulating on Twitter.

Many protesters’ anger was palatable as they repeatedly asked what Wheeler is doing to get the Feds out of their city. For months protesters standing up for the right of freedom of assembly — for civil rights and human rights —  have been brutally attacked by police and now Federal agents. In many cases, there has been nothing to provoke these attacks and only further agitates the crowds.

On Tuesday, July 28 the Trump administration added a new wrinkle; armed Homeland Security agents arresting protesters for things as simple as failing to obey a command to step onto the sidewalk, then allowing them out of jail only if they agreed to relinquish their constitutional right to assemble. 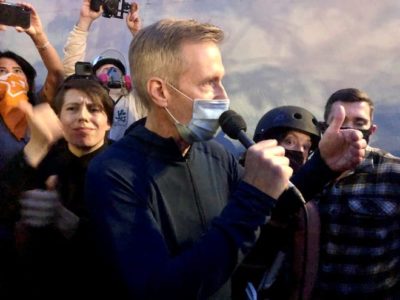 Mayor Ted Wheeler speaks to people gathered in downtown Portland, Ore., Wednesday, July 22, 2020. Wheeler faced a hostile crowd of protesters, who screamed at and sharply questioned him as he tried to rally demonstrators who have clashed repeatedly with federal agents sent in by President Donald Trump to quell ongoing unrest in the city.
Gillian Flaccus, AP

Very few previous widespread protests have been as diverse as the “Black Lives Matter” (BLM) protests seen today; representing demographics that cross age, gender, and race. However, Millennials and Gen Z  hold a unique place among the history of great generations of American youth.

Millennials and specifically Gen Z are young. They are just graduating college and are already being handed a world fraught with a global pandemic, the Black Lives Matter movement, gross police brutality, rampant sexual assaults, the 2020 election, historic unemployment rates, and a recession. The way Millennials and Gen Z spread and consume news is unique from other generations. It is nearly all via social media platforms.

Social media consists of a bubble and this is important to acknowledge. For this generation, most people are friends with people who are like-minded and social media is no different. Many Millennials and Gen Z protesters spread information via Instagram.

Live video recordings and warnings for people to look out for certain cars, law enforcement groups, and specific officers spread across Instagram and Twitter. The conversations in these mediums have grown much larger and focused on what is seen as a reality.

According to Gen Y representatives, the tides have turned, and these generations are calling Trump’s actions for what they are: Fascist. The question becomes: Is Fascism even possible in America or Colorado for that matter? Some partisans suggest that America’s youngest generations are just spoiled whiny kids with nothing better to do with their time. But consider: is there something concrete in their incessant willingness to confront heavily armed police?

At 9:54 a.m. on July 29 Trump said in an interview, “We’re not leaving until they secure their city. If they don’t secure their city soon, we have no choice — we’re going to have to go in and clean it out.” After this interview was released, Secretary Wolf announced that the Federal agents would be removed from Portland. The statement failed to mention that Trump plans on deploying Federal agents to other cities across the country.

A growing body of legal scholars and activists who believe the anti-fascist opposition (termed ‘Antifa’ by those on the political right) being labeled a terrorist organization, is a more practical move than political one by the Trump administration. According to these scholars, there’s a reason that Homeland Security personnel are being used. It comes down to one Federal Statute, 8 USC 1357 “Powers of Immigration Officers and Employees.” 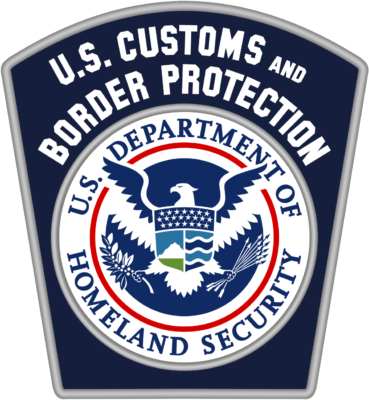 The first paragraph introduces those powers broadly as, “Powers Without Warrant”.

Specifically, the statute designates that, “any [immigration] officer or employee… authorized under regulations prescribed by the Attorney General shall have the power without warrant [to]:” 1) Interrogate. 2) Arrest. 3) “Within a reasonable distance [100 air miles] from any external boundary of the United States, to board and search… any vessel… any railway car, aircraft, conveyance or vehicle” 4) Make felony arrests that are recognizable. 5) Make arrests for any offense against the United States if committed in officer’s presence or any felony recognizable under the law of the United States with reason to believe the person has committed or is committing such felony. 6) search without a warrant.

Yet the Department of Homeland Security (DHS), formed in 2003 in the wake of 9/11, has an explicit mission to protect the U.S. from both foreign and domestic terror threats. Given that many foreign terrorists accessed the United States through international ports of entry and some suspected along our land borders, immigration agencies were a natural and logical addition to the newly formed DHS.

Since 9/11 however, agencies within the Department of Justice, not DHS, have arrested more terrorists and foiled more terror plots. More importantly, rarely has there been push back from Congress when it relates to law enforcement operations against terror threats.

With this kind of law enforcement manpower and unparalleled federal legal authority, it is no wonder CBP agents are the primary secret police force deployed for use by the president at the behest of Attorney General William Barr. There are very few legal vehicles to stop this right now and it is hard to believe Attorney General Barr is not aware of that fact.

Featured image: A man with an American flag walks past an exploding firework detonating within a fenced-off compound erected by contractors to protect the federal courthouse in Portland, Oregon, on July 22, 2020. Image by Trevor Hughes, USA TODAY Network